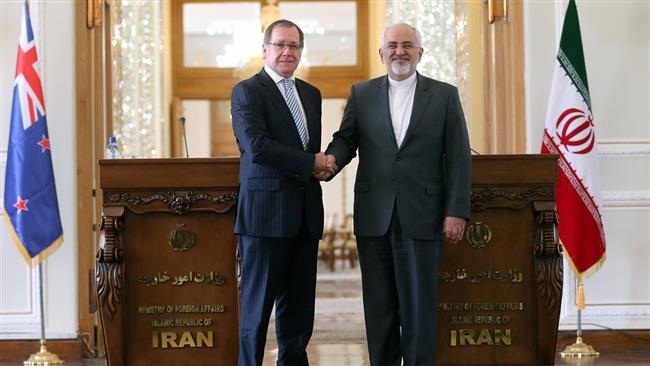 This has been another vintage week during which many individuals once again demonstrated an uncanny ability to detach from truthful reality.

First off the block was New Zealand’s Foreign Minister who predictably performed according to a well worn script. Assuming the Presidency of the UN Security Council for the second and last time he quite correctly mentioned that organisation’s abject failure to resolve the continuing Syrian genocidal civil war in particular and other festering conflicts in general. Instead of realising that the United Nations as currently constituted is incapable of tackling anything meaningful he once again latched on to Israel Palestinian Arab illusory peace mirages.

While admitting that past efforts were fruitless, Mr. McCully nevertheless feels an overwhelming urge to keep at it and go where angels fear to tread. Trying to please everyone by apportioning blame equally may be diplomatically correct but the end result is usually deliberately ignoring inconvenient realities. Thus, placing a democratic country which is a beacon of human rights in the same light as a sponsor of terror is manifestly meaningless and downright offensive. Asserting that both Israel and the Palestinian Arab Authority need to stop incitement, is in effect equating glorification of terrorists and deniers of Jewish legitimacy with the building of homes for Jews. This myopic blindness which drives many to fantasize that the corrupt UN can be the solution rather than the problem to sixty eight years of unrelenting hatred towards the Jewish State defies any logic. A Foreign Minister who stubbornly denies that murdering Israeli mothers in front of their children is terror cannot ever be a successful facilitator for any misguided resolutions.

What a contrast to Julie Bishop, the Australian Foreign Minister who has just concluded a visit to Israel. In refreshingly clear and unambiguous language, she stated: “Australia and Israel are among the closest of friends and we have shared values, shared outlook and we work together for the betterment of humankind.”  She said “Australia is one of the very small handful of countries that continues to take a stand in multilateral forums against obviously biased, discriminatory and unfair resolutions put forward and that this will continue”.

No sitting on the fence trying to please both sides and ignoring glaring inconsistencies. No pushing resolutions devoid of any chance of success but rather an unequivocal and refreshingly candid declaration of intent to thwart international double standards.

Symptoms of hallucinatory trips abounded this week in many parts of the world.

Brussels Airlines which flies into Israel decided to remove halva from their dessert menu after a complaint that this delicacy was manufactured in (horror of horrors) Judea or Samaria. This gratuitous gesture unleashed a storm of protests and a threat of retaliation whereby the airline would be forced to drop its flights to Israel. Faced with resolute ramifications and realizing that it had made an ill judged move it was soon announced that actually halva made in the Jewish State would be reinstated and that it was all a big mistake.

This is borne out by the statements of a former Dutch Prime Minister and supporter of BDS. On the eve of a visit to Holland by the Israeli Prime Minister this week, Mr. Van Agt asserted that Bibi Netanyahu is a war criminal and should be prosecuted during his visit. This Dutch politician is the same person who a few years ago proclaimed that Jews should have a state in Germany instead of in the Land of Israel.

It is well known that getting high and losing touch with reality is easy these days in the Netherlands so one should not be surprised at this trip down fantasy lane. The problem of course is that others in universities, academic circles the media and among certain elitist circles also subscribe to these delusionary ideas. We all know from past events in Europe exactly where these hallucinations can lead.

Meanwhile back in the good old USA the Secretary of Homeland Security spoke at the annual Islamic Society of North America event, greeting the participants warmly and telling them “your story is the quintessential American story.”  At first glance there is nothing untoward about this but digging a bit deeper one discovers some disconcerting facts which make one wonder what is being smoked in the corridors of Washington.

ISNA, the aforementioned organization, is according to The Clarion Project, a group with Muslim Brotherhood origins and connected to the Holy Land Foundation. This Foundation had close connections with Hamas’s political and financial agendas in the USA. They were based in the ISNA building.

Extremist speakers at the ISNA conference at which the Secretary of Homeland Security spoke in such glowing terms, included a founder of the Muslim American Society and the founder and executive director of CAIR, both Brotherhood entities. Presumably all this was known beforehand but given the prevailing atmosphere in Washington it is not surprising that it did not deter the person tasked with protecting the US homeland. So long as the words “Islamic terror” are taboo and denial is the order of the day the USA will continue to float in fantasyland.

Pupils in Czech schools were to be taught that Tel Aviv is the Capital of Israel and not heaven forbid Jerusalem. Another generation of Europeans would thus be indoctrinated with lies. However in a last minute reversal of policy after a storm of protests, the Czech authorities have decided for the meantime to revert to the truth.

Passengers on an Air Serbia flight from Belgrade were startled to hear an announcement that their flight to Palestine was now boarding. After being challenged the destination was changed to Tel Aviv because as an official explained there was no Israel! Obviously this was a case of a flight of fancy.

Without a doubt the crowning highlights of recent examples of what passes for Arabian nights flights of fancy were two unconnected topics featured on the world wide web.

The first was a slick promotion by the Syrian Tourist Board extolling the virtues of visiting that country and enjoying its pristine facilities. As an exercise in mind boggling self deception this would be hard to beat and one can only assume that those responsible have overdosed on something very potent.

The second was an interview recorded by MEMRI in which a Syrian interviewer challenged a Palestinian Arab activist to explain why the Palestinians remain the world’s number one preoccupation when there are so many more serious and life threatening situations facing the international community. His answers demonstrate the illusory state of our misnamed “peace” partners. One can only continue to wonder when those who keep peddling pie in the sky solutions will wake up. Given these few examples, is it any wonder the world has gone to pot?

Our challenge is to keep a clear head and navigate through the haze of hallucinatory delusions.

What are they smoking?…asks Michael Kuttner