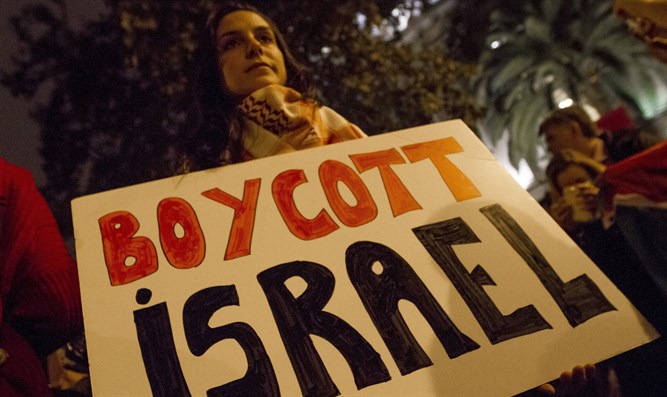 [Before reading the following piece, peruse our 2009 investigation of Adalah
http://israelbehindthenews.com/inside-adalah-legal-center-minority-arab-rights-israel/11715/ ]

Amit Deri, founder and chairman of Reservists on Duty, an advocacy group of IDF veterans, says that his organization’s mission is to expose Israeli NGOs which “fuel the system of hate” against Israel “acting under the guise of human rights,” according to a report by the Algemeiner.

Reservists on Duty released a report this week detailing the workings of Adalah — The Legal Center for Arab Minority Rights in Israel. Deri told the Algemeiner that Adalah is an example of an organization which carries out “domestic activities that undermine and delegitimize” the State of Israel.

He said that his organization is working to “bring down” organizations which promote BDS from within Israel.

“We are putting them on notice — that we will be there to expose them.”

According to Deri, the primary purpose of Reservists on Duty is to provide Israeli officials and legislators with information to persuade foreign governments and organizations to stop funding Israeli organizations like Adalah which work to undermine Israel from within.

“Policy-makers must understand that Adalah is not about so-called human rights for Arabs and Palestinians, but rather about attacking Israel and the IDF from within, mainly through the country’s legal system,” he said. “If they are concerned about Palestinian society’s human rights, why are they not attacking Hamas and the Palestinian media for glorifying terror? Where is their outcry against the oppression of women, the LGBTQ community and overall religious intolerance? Why do they not take issue with how Palestinian children are being taught to hate Israel?”

Adalah has published a list of 100 Israeli laws it claims are ‘discriminatory.’ The Institute for Zionist Strategies (IZS) published a detailed, 62 page report refuting Adalah’s list in July. Adalah also provided testimony for the UN’s Goldstone Report on Operation Cast Lead, which accused Israel of violating international law and violating human rights during the operation. Goldstone himself retracted the report.