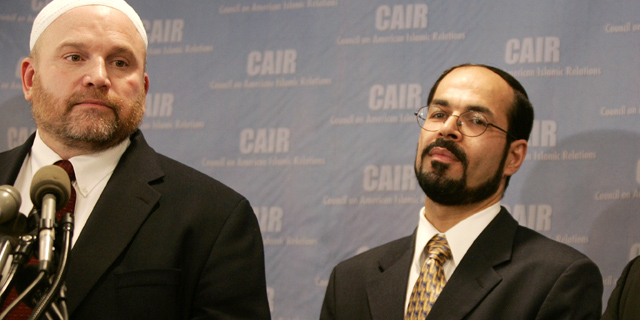 PHILADELPHIA – Nov. 28, 2016 – It’s that time of year again – when charities nationwide solicit support on what has come to be known as Giving Tuesday (#GivingTuesday), this year falling on November 29.

First established in 2012, Giving Tuesday has become an important day on the non-profit philanthropic calendar, especially for those who use social media as a fundraising tool. The Middle East Forum encouragesMuslims and non-Muslims alike to support several important Muslim groups that are anti-Islamist, including:

But there are also organizations masquerading as civil rights groups and humanitarian aid groups which raise tax-deductible funds to promote extremist ideals.

Ahead of this #GivingTuesday, we are providing a list of prominent Islamist organizations that should not be supported: the Council on American Islamic Relations, Muslim American Society, Islamic Society of North America, Islamic Circle of North America, Helping Hand for Relief and Development, and Islamic Relief.

Council on American-Islamic Relations (CAIR)
CAIR presents itself as a civil rights organization fighting against bigotry, but its record tells a different story. During the 2008 Holy Land Foundation (HLF) terrorism financing trial, CAIR was named as an unindicted co-conspirator. Because of CAIR’s extremist associations, the FBI has banned outreach with CAIR since 2008. In 2014, the United Arab Emirates, a pious Muslim country, designated CAIR as a terrorist organization. The Anti-Defamation League believes CAIR is a key promoter of anti-Jewish sentiment.

Muslim American Society (MAS)
MAS was founded in 1993 by operatives of the Muslim Brotherhood. The Chicago Tribune reported in 2004 that a MAS summer camp for teens included study materials promoting the Brotherhood’s philosophy. Accordingto the Investigative Project, one MAS website even featured “reading materials that say Muslims have a duty to help form Islamic governments worldwide and should be prepared to take up arms to do so.” The ADL has criticized MAS for being “the leading American Muslim organization organizing anti-Israel activity in the U.S.” In 2014, MAS was designated by the UAE as a terrorist organization.

ISNA emerged from the Muslim Students Association, which was founded by members of the Muslim Brotherhood and continues to serve as a breeding ground for terrorists. A 1991 Brotherhood memorandum laying out its plan to infiltrate American institutions includes ISNA on its list of “our organizations and the organizations of our friends.”

ISNA was designated as an unindicted co-conspirator in the HLF’s illegal financing of Hamas. Specifically, ISNA was named among the “individuals/entities who are and/or were members of the U.S. Muslim Brotherhood.” A judge later ruled that the government had “produced ample evidence” connecting ISNA to the HLF and Hamas. Indeed, ISNA had a joint bank account into which checks payable to “the Palestinian Mujahadeen” (Hamas) were deposited.

In 2000, ICNA identified itself as an American front for Jamaat-e-Islami (JI), a Pakistani Islamist group that officials have linked to the Taliban and other terrorist organizations. JI’s extremist ideology pervades all aspects of ICNA: The 2010 ICNA handbook promotes the writings of JI’s anti-Jewish, pro-terror founder and outlines a strategy for building a “united Islamic state.” A war crimes tribunal recently convicted ICNA’s former secretary general Ashrafuzzaman Khan of murdering 18 intellectuals during the Bangladesh War of Independence. In 2013, ICNA openly protested the convictions of senior JI leaders in Bangaldesh, a fact that JI reported on its own website.

ICNA’s “charitable” wing, ICNA Relief, also backs extremist causes and was a top donor to the Al-Khidmat Foundation, a JI charity that, while being supported by ICNA Relief in 2006, delivered almost $100,000 to the head of Hamas.

Helping Hand for Relief and Development

Helping Hand is a large Islamist charity, boasting an income of over $40 million in 2015. Helping Hand was also a donor to JI’s Al-Khidmat Foundation. Helping Hand is notorious for promoting hate preachers at its events across the U.S. Recent speakers include Hussain Kamani, who advocates the use of female sex slaves and the killing of adulterers; and Sulaiman Hani, who writes that “‘freedom of speech’ is a facade of a tool that is used inconsistently by those in power.” It is used, Hani claims, to stifle “objective discussion” of the “Holocaust or Jews.”

The Islamic Relief franchise is the largest Islamic charity in America and the Western world, reporting an income of about $110 million in 2014. But it is a designated terrorist entity in Israel and even the UAE. Both UBS and HSBC have closed Islamic Relief bank accounts over reported concerns about terrorism financing. And the founders of Islamic Relief’s parent branch in Britain include Essam El-Haddad, who became the foreign policy advisor to Mohamed Morsi, Egypt’s Muslim Brotherhood president.

In America, a number of Islamic Relief officials, including board chairman Khaled Lamada, have been named by the Egyptian newspaper El Watan as prominent Muslim Brotherhood operatives. Islamic Relief USA staff include Omar Shahin, who, in 2002, gave a sermon in which he preached: “You will keep on fighting with the Jews until the fight reaches the east of Jordan river then the stones and trees will say: oh Muslim, oh (servant) slaves of Allah, there is a Jew behind me; come and kill him.” Islamic Relief’s headquarters, based in Britain, have a financial relationship with terror-linked charities. In 2004, 2007, and 2009, Islamic Relief Worldwide’s accounts revealed large donations from the Charitable Society for Social Welfare, founded by Al-Qaeda terrorist and “Bin Laden loyalist” Abdul Majeed Al-Zindani. Accordingto the Washington Post, “U.S. and U.N. authorities accuse Zindani of recruiting for al-Qaeda camps and raising money for weapons for terrorist groups.”