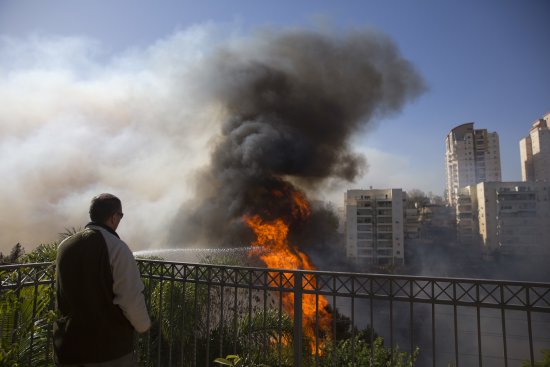 Link to the events of last weekend, the Bar Mitzva of Nevo, our grandson, from Hinda Glasner

For all of you that have not been following us on Facebook or have heard from me some other way. Here is the story and photos from last weekend’s events.

It’s hard to believe it just happened a week ago. The event was the Bar Mitzva of our grandson Nevo Reisman the son of Benji and our daughter Pnina. We began with the weekly Thursday morning Torah reading at the Cave of the Patriarchs in Hebron. For those that don’t know, the portion tells among other things the story of how Avraham bought the site in Hebron after Sara dies. So it was only appropriate we celebrated there. It was a small group as you can see in the first photos on the link

Friday afternoon we (along with about 15 families, our children and their kids and family from Benji’s side) came to their settlement Neve Tzuf for the Shabbat with all the special ceremonies, services and party for the Bar Mitzva boy! If any of you were following the news, there was a spree of fires in northern Israel that began middle of the week but we never imagined we were be part of it!

Friday night after services and the festive meal, about 9:30-10 pm we all went to different homes for the night. Barely were we in bed than at about 10:30pm the siren began and volunteers were running between the homes, waking everyone up to grab whatever we can, get in our cars and to leave the settlement immediately. As it later was proven, young terrorists had thrown “fire bombs” into the forest just below the settlement and since it was a very windy evening, the fire very quick blew in the area of the homes. Fortunately people were still walking about and saw something as we hate to think what would happen if this occurred and hour later when everyone was at home in bed!

We managed to connect between everyone in our group (beside one of Benji’s uncle and his family that ended up somewhere else)) and we were all evacuated to a nearby settlement where we were given home hospitality throughout the night. We were over 20 people put up in someone’s home! Others were in our area, as we wanted to stay as much as possible together.

The next morning at the synagogue, the service with Nevo reading his Torah portion which he prepared, went on as planned. Some of our group were wearing clothes given to them from the family where they stayed as some of us just left in our PJs! People even brought candies to thrown on the Bar Mitzva boy when he finishes to read (this is customary to do). There were 48 families evacuated to this settlement (Atarat) others went to other places in the area. The family we were staying with was amazing and our whole group ended up there for lunch and a light dinner. Food was brought in by the neighbors (we were about 40 people!).

The photos were we are all dressed up were taken Friday afternoon before we could even imagine were we would end up that night and next day.

We returned Saturday night to my daughter’s house that fortunately was on the other side of the settlement than were the fire attacked. 15 homes were completely burnt to the ground and much damage all around BUT TG everyone got out on time and no one was hurt or worst.

Of course the party for Saturday night was off but believe it or not, the next morning my daughter got a call for a musical band that want to come for a party and they were free Tuesday night.

So they quickly reordered food from the caterers, friends and just people from the area brought cakes, etc and we had the most amazing evening for Nevo, the Bar Mitzva Boy and the whole family.

Most of us returned as the can see in the last set of photos, there’s some videos too which I hope you can open.

I guess this is more or less the event from last weekend and one we’ll never forget!

Shabbat Shalom and love to you all, Hinda, Elan and family
https://1drv.ms/f/s!AiuvMNJh7e5GgsdTFMRPERimWfrRJQ

P. S. when we went back Tuesday night we tried to get some photos of the burnt areas as you can see in the last photos.

Hopefully some of the videos from the party should upload too, patience, and if not you can see how joyous the event was from the photos.