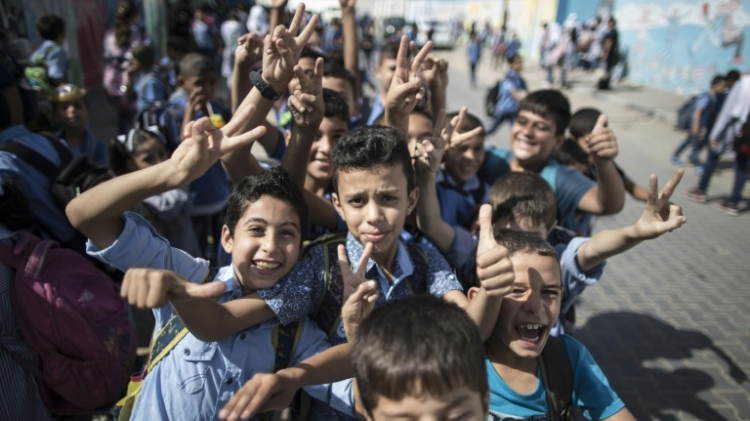 UN officials reacted furiously on Wednesday after a spokesman for Israel’s prime minister implied a new United Nations-financed school in the Gaza Strip was being used to “glorify terrorism.”

Ofir Gendelman, a spokesman for Prime Minister Benjamin Netanyahu, last week tweeted three photos of children carrying what appeared to be fake guns as part of an exercise in an apparent school playground.

He also tweeted another photo of a sign launching the new UN-financed Jamal Abdel Nasser School in Gaza.

“This school was built by @UNDP and @UNICEF. The message is clear: the kids glorify terrorism,” he tweeted.

The UN says there was no connection between the photos with the apparent fake guns and the new school.

One UN official, Roberto Valent, said the photos were taken in 2013 at a school not funded by the United Nations.

Robert Piper, UN humanitarian coordinator for the Palestinian territories, tweeted on Wednesday: “Appalled at these fabrications against the UN.

“Such misinformation from a Government about @UNICEF & @UNDP cannot stand.”

Construction on the new school in question in Gaza has just begun, Piper added.

Contacted by AFP, Gendelman had no immediate comment. He responded to Valent on Twitter by saying: “problem is that schools all over the Gaza Strip have weapons training programs for kids & celebrate terrorism.”

Israel and Palestinian militants in Gaza have fought three wars since 2008. The Palestinian enclave is run by Islamist movement Hamas and has been under an Israeli blockade for a decade.

UN officials have called for the blockade to be lifted, citing deteriorating conditions in the enclave of some two million people.

Israeli authorities say it is necessary to prevent Hamas or other groups from obtaining weapons or the materials to make them.