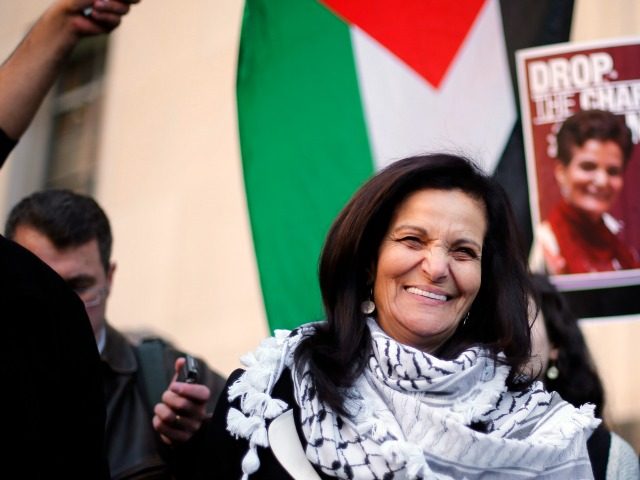 WHILE YOU STAND ON ONE LEG:  A U.S. ‘Day Without Women’ event on this week’s International Womens Day supported, among other causes, “decolonization of Palestine.”  Two AP news articles this week contained terms and expressions fostering that widely-held misperception of Jewish presence there as not that of an indigenous people, but of occupying colonialist settlers. We have to stop acquiescing, and even ourselves using these dirty words.

This Week:  “Day Without Women” Event Calls For “Decolonization of Palestine”

This week’s “Day Without Women” event, on “International Women’s Day,” was supposed to demonstrate the importance of women to America’s economic and social structure, and women’s struggle for respect and equality everywhere.  Women’s rights in no place in the Mideast match those of women in Israel, so, if you’re a supporter of the Jewish homeland of Israel, as well as of respect and fairness to women, it ought to bother you that the platform of this “Day Without Women” event took a kick at the Jews, calling gratuitously for “the decolonization of Palestine.”

What bothers me most is the widely-believed narrative encapsulated in this call, that Jews are not present in the land of Israel as of indigenous right, but are “colonialist” intruders in a Palestine of which Arabs, “the Palestinians,” are the indigenous natives.

Two AP news articles this week, carried by, inter alia, the Philadelphia Inquirer, purvey the poison through which this “colonialism” narrative is disseminated.  We have to challenge the pejoratives that permeate mainstream media Israel reporting. Instead, we join in using these Jewish homeland-delegitimizing expressions ourselves.

Tuesday’s Inq (3/7/17, A6) carried an AP article that directly quoted an Israeli official using the place names “Judea and Samaria.” The AP followed this direct quote with this explanation:

“Judea and Samaria is the biblical term for the West Bank, which Israel captured in the 1967 Mideast war.  The Palestinians seek the West Bank as the heartland of a future state, a position that has wide international backing.”

“Judea and Samaria,” yes translations of biblical names, remained in use all through the centuries, including by the UN itself in 1947:  “The boundary of the hill country of Samaria and Judea starts on the Jordan River ….” That these Jewish-origin names – Judea and Samaria – remained in use from biblical times through the mid-twentieth century shows that at no time between Judaea’s 135 CE destruction and Israel’s 1948 independence as the land’s next native state did the nation-state of any other people arise in that land, which was ruled by a succession of mostly non-Arab foreign empires throughout all of that time.

Relegating “Judea and Samaria” to “the biblical term for the West Bank, which Israel captured in the 1967 Mideast war,” purveys to AP readers both that “West Bank” [invented by Jordan in 1950] has been the post-biblical term and that Jews have had no connection to it between biblical times and its “capture” in 1967.

Earlier in the article, the AP referred to “the occupied West Bank,” and further on it directly quoted an Arab-Israeli in the Knesset, without appending an AP historical explanation, using the expression “the 1967 borders,” which are historically the 1948-49 war military ceasefire lines, no holier – indeed less holy – than the post-1967 war ceasefire lines.

This morning’s Inq (Sunday, 3/12/17, A12) carried an AP news article characterizing President Trump as having “adopted a more lenient approach to Israel’s building settlements in territory claimed by the Palestinians.”

“Settlements,”as in “building settlements in territory [‘Palestine’] claimed by the Palestinians,” without including that Israel has its own very substantial – inconsistent with the AP’s “occupied” – claim to this territory, is the stuff of which “colonization” is made.

And, just before this, the AP said of Trump:

“…he’s considering moving the U.S. Embassy in Israel to Jerusalem, which the Palestinians seek as the capital of their future state ….”

Not exactly.  High on the list of the mainstream media’s anti-Jewish-homeland loaded lexicon is “East” Jerusalem, where Jews (of all peoples) these days are “settlers,” which is not where President Trump is considering moving the U.S. Embassy to Israel.  He’s considering moving it to “west” Jerusalem, inside those [sometimes] sacrosanct 1949 military ceasefire lines which the United Nations, in Obama’s and Kerry’s last days, swore to recognize no changes in without agreement by both sides. The AP here is expanding what “the Palestinians seek as the capital of their future state” to “Jerusalem,” period, without stating that part of the city, including the contemplated U.S. Embassy, is on the other side of the 1949 lines.

And so we come back to women in the U.S. taking off from work Wednesday, to demonstrate, on International Women’s Day, for, inter alia, “the decolonization of Palestine.”  But apart from whether such an eventuality would enhance equality and respect for women all over the world, the issue for us is combating widespread perception of Jewish homeland presence in the land of Israel as Jewish “colonization of Palestine.”

Ask yourself whether the dirty words [we’re working on that ‘Dirty Words’ document I previewed last week] used this week in U.S. newspapers by the ubiquitous AP foster that widely-held image of Jews as “colonizers of Palestine”:

***  AP direct quote of Israeli official saying “Judea and Samaria,” followed by AP “explanation” that “Judea and Samaria is the biblical term for the West Bank, which Israel captured in the 1967 Mideast war.”

***  AP direct quote in same news article of Arab-Israeli member of Israeli Knesset saying “the 1967 borders,” not followed by AP explanation that ‘the 1967 borders” is an historically inaccurate term referring to the 1949 Israel-Jordan military ceasefire lines, expressly declared in their defining document not to constitute political borders, and rendered void by renewed 1967 fighting between the same sides.

***  “[Trump is] considering moving the U.S.Embassy in Israel to Jerusalem, which the Palestinians seek as the capital of their future state ….”

***  “and he has adopted a more lenient approach to Israel’s building settlements in territory claimed by the Palestinians.”