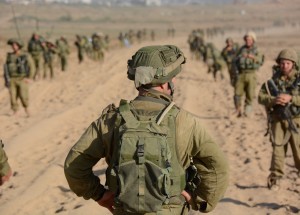 I write as a member of the first synagogue named for Rabbi Shlomo Carlebach and his legacy.

Our schule is in Efrat.

The name of that synagogue is Shirat Shlomo, in Efrat.

I do not only dovon there for the songs. I dovon there because of the legacy of Shlomo. .

One of my many experiences with Shlomo concerned the challenge of missionaries who would approach unsuspecting and uninformed Jews. Shlomo’s approach, appropriate to his persona, was not to use a sledgehammer, but rather to offer a warm alternative.

A case in point. When I worked at Hillel in Jerusalem in the early seventies, I worked with Shlomo on a program to cope with missionaries in Jerusalem. In his passionate style, Reb Shlomo warded off missionaries by helping to set up  tables for newcomers in Jerusalem to know where they could go for a warm Jewish home.

There was Shlomo strumming his guitar, singing out his heart at Zion Square, summer 1972, not far from the hub of missionary activity in the capital.  Shlomo would capture the eyes of searching young people, and worked and direct them as to where they would be welcome in Jerusalem.

Today, a generation later, 4,500 young Jews have come to Israel from the four corners of the earth to serve and fight in the Israel Defense Forces. They are referred to as “Lone Soldiers”.  The IDF provides “lone soldiers”  with every possible gratuity – special hostels, special trips around the country, and at times, the IDF will even sponsor visits to see their folks abroad.

Yet the IDF does not seek out host families for “lone soldiers”  even though the IDF can and will pay families to rent a room in their home for a “loan soldier” .

So we must must seek out families to host lone soldiers in Israel in our homes. Young people who come to Israel, even in the army, need a family to call “theirs”.

On the negative side, 18 missionary groups now operate in Israel who target “lone soldiers” for hospitality – with the offer of bed, breakfast and Jesus. With Pesach fast approaching, missionaries have taken to the internet to host “lone Soldiers” for the Seder.

The time has come to seek out “lone soldiers”, without families in Israel, and to welcome them into our homes.

With 4,500 lone soldiers now in Israel, there is much to be done.