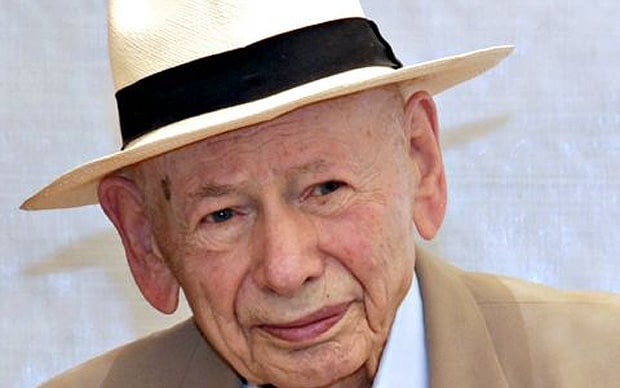 Benzion Netanyahu, who died Monday in Jerusalem at the age of 102, has been widely scrutinzed this week for his myriad contributions to the history of Zionism in Israel and the United States. Yet arguably the most important one has been overlooked. After World War II, Benzion Netanyahu, along with Irgun activist Peter Bergson, nephew of Mandatory Palestine Chief Rabbi Abraham Isaac Kook, and liberal American Rabbi Stephen S. Wise, drafted an article for inclusion in the United Nations Charter that could yet save the Jewish state.

The article became known as the “Palestine clause” for the protection it afforded to the right of Jewish settlement throughout the Land of Israel west of the Jordan River. Article 80 extended the guarantees to Jews afforded by the League of Nations Mandate for Palestine following World War I. The Mandate had recognized “the historical connection of the Jewish people with Palestine” and “the legitimacy of grounds for reconstituting their national home in that country.” Jews were guaranteed “the right of close settlement” throughout Palestine.

But where was “Palestine”? According to the Mandate, it comprised the land east and west of the Jordan River, stretching from Iraq to the Mediterranean. Jewish settlement rights in Palestine were limited only in one respect: Great Britain, the Mandatory Trustee, was empowered to “postpone” or “withhold” the right of Jews to settle east — but not west — of the Jordan River. To reward the Hashemite sheikh, Abdullah, for his wartime assistance, the British colonial secretary, Winston Churchill, removed the land east of the river, comprising three-quarters of Mandatory Palestine, to create the kingdom of Trans-Jordan.

No Jews would be permitted to settle there, but the internationally guaranteed right of Jewish settlement throughout truncated Palestine west of the river was preserved. It was that right that Article 80 secured after the expiration of the League of Nations. It explicitly protected the rights of “any peoples” and “the terms of existing international instruments to which members of the United Nations may respectively be parties.” The “Palestine clause” thereby guaranteed to Jews the right of “close settlement” throughout their remaining land west of the Jordan River, as the League Mandate had done.

With their careful draftsmanship Benzion Netanyahu, Peter Bergson, and Rabbi Wise extended League of Nations guarantees and secured United Nations authorization for Jewish settlement throughout the biblical homeland of the Jewish people. The legal right of Jewish settlement, except in the land siphoned off from Palestine as Trans-Jordan in 1922, has never been abrogated. Persistent efforts to undermine the legitimacy of settlements, according to international legal expert Julius Stone, have been nothing less than the “subversion . . . of basic international law principles.”

Article 80 was unaffected by the Six-Day War, which obliterated Jordanian control over Judea and Samaria (its “West Bank”). According to Security Council Resolution 242, Israel was permitted to administer that land until “a just and lasting peace in the Middle East was secured.” That has not yet happened, to be sure, but even then, Israel would only be required, under its carefully drafted language, to withdraw its armed forces — civilians were not mentioned — from “territories,” not from “the territories” or “all the territories.”

The “Jewish right of settlement,” according to Eugene V. Rostow, then America’s state undersecretary political affairs, “is equivalent in every way to the right of the existing [Palestinian] population to live there.”

Article 80 has never been repealed. But Benzion Netanyahu’s son, Prime Minister Netanyahu, seems inclined to disregard it. During his first term he signed the Hebron Protocol, confining 600 Jewish residents to a tiny ghetto in their ancient holy city. His critics may insist that he remains under the influence of his father’s right-wing dogmatism. But abundant evidence suggests otherwise, which is no doubt why his father often expressed concern that he son wasn’t tough enough to serve as prime minister.

Benzion Netanyahu helped to write the fundamental principle of Zionism, the right of Jewish settlement throughout the Land of Israel, into the United Nations Charter. How sadly ironic it would be if Benjamin Netanyahu, whose graveside eulogy paid loving tribute to his father’s great gift to his sons of “a sense of responsibility to our nation,” surrenders the land that his father tried with passionate determination and perseverance to preserve for the Jewish people.

Mr. Auerbach, professor emeritus of history at Wellesley College, is the author of “Hebron Jews,” “Brothers at War” and, just published, “Against the Grain: A Historian’s Journey” (Quid Pro Books).