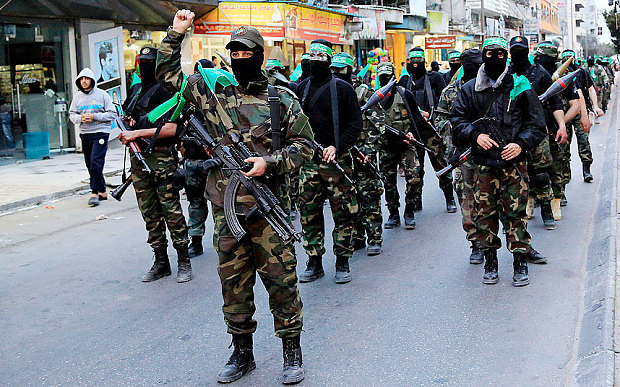 [The ultimate whitewash of Hamas – thanks to COGAT and BICOM]

Col. (res) Grisha Yakubovich spent the majority of his 30 years in the IDF in the Coordinator of Government Activities in the Territories (COGAT), which promotes and implements the policy of the Israeli Government in civilian matters in the West Bank and Gaza. In this interview with BICOM Director of Research Calev Ben-Dor, first published in Fathom, Yakubovich argues that the Government of Israel and the Palestinian Authority (PA) need to put aside political arguments in order to advance practical steps that can alleviate the situation in these territories. He also suggests an outline for a potential “grand bargain” involving Hamas in Gaza – under certain conditions.

Calev Ben-Dor: You were in the IDF for 30 years, ending your career as a senior officer at the headquarters of COGAT, whose role is to facilitate humanitarian issues and economic and infrastructure projects in the West Bank and Gaza Strip and lead the coordination and liaison with the PA and the Palestinian population of the territories. How did that experience shape your current thinking?

Grisha Yakubovich: I was a combat soldier and a medic with expertise in explosives. After completing the officers’ training course I found myself in the middle of the first intifada in Gaza. I learned there was another side, another people, who also needed to live. At the human level, one can’t just say “forget about them”.

As a young combat soldier in Lebanon I remember being full of hatred towards Arabs after residents from al-Aisha laughed at us following our commander being killed. My political views were then to the right, but my experience as a COGAT officer in Gaza gave me a more balanced outlook. Today I have no political stance – I define myself as a realist, because there is a reality and we need to do something about it.

My service in Gaza changed everything for me. I still have friends in Gaza today. In fact, there is a kid who is named after me. What an honour! For a Palestinian to name his son after a Jewish Israeli officer (especially one named Grisha) is a very significant thing.

Read the full interview in Fathom.