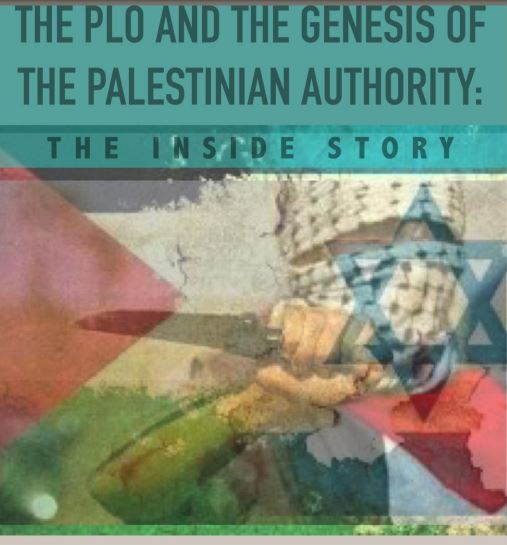 In an exclusive interview with JerusalemOnline, David Bedein, the head of the Center for Near East Policy Research, discussed the connections between Hamas and Fatah, which are highlighted in his recently published book titled: “The PLO and the Genesis of the Palestinian Authority: The Inside Story.”

Around the Western world, Fatah is portrayed as a moderate Palestinian group while Hamas is regarded as a terror organization. However, David Bedein, the head of the Center for Near East Policy Research, recently published a book titled “The PLO and the Genesis of the Palestinian Authority: The Inside Story,” which argues that Fatah in fact cooperated with the Hamas terror group when Yasser Arafat was in power and nothing much has changed since.

“When Israeli Prime Minister Yitzhak Rabin shook hands with Yasser Arafat, the head of the Palestine Liberation Organization, on the White House lawn, most people in Israel and abroad expected that Arafat would form a new Arab entity that could restrain Hamas and the Islamic Jihad,” Bedein wrote in his book. However, in reality, Bedein stressed that Fatah licensed weapons to Hamas and later on, Hamas would use these weapons to wage terror attacks.

“Meanwhile, all of Arafat’s military forces acknowledged that they have recruited radical Islamists to join forces with them,” Bedein wrote. He noted that between 1994 and 1997, there were 37 documented cases of Fatah offering asylum to Hamas and Islamic Jihad terrorists fleeing from Israel. For example, Muhammad Deif, who engineered and oversaw the kidnapping and murder of 19-year-old Israeli-American Nachshon Wachsman, was offered shelter by Fatah. In addition, Fatah under Arafat appointed Hamas muftis, who delivered sermons calling for jihad in Nablus and Jerusalem.

After Arafat walked away from Camp David in 2000, the Clinton’s and many others recognized that Arafat missed a historic opportunity in favor of supporting terrorism but nevertheless many of these same people support Mahmoud Abbas, claiming he is a moderate. But Bedein hinted that Abbas is no better. According to Bedein, Fatah under Abbas played an important role in helping Hamas to take over the Gaza Strip. In an interview with Islam Online in 2005, Fatah’s Nabil Shaath boasted that the United Arab Emirates granted them $100 million to transform an evacuated Israeli settlement in the Gaza Strip into a housing project to honor suicide bombers and their children.

Meanwhile, Wafa News Agency confirmed that same year that Hamas would receive these assets. Mahmoud A-Zahar of Hamas added that both Fatah and Hamas coordinate with each other. Bedein emphasized that by handing over areas Israel evacuated in Gaza to Hamas, Fatah under Abbas violated the spirit of the Disengagement Plan.  Furthermore, he stated that Hamas is included in the PA Armed Forces and the two Palestinian terror groups have a joint school together: “I have proven that they all cooperate together.  Fatah and Hamas are not separate entities. People have swallowed a lie. People don’t follow news reports carefully. That is dangerous.”

According to Bedein, Fatah does not sing songs about wanting to liberate the West Bank. In a Fatah Army base in Jericho, Bedein stressed that they talk about taking back what was taken away in 1948. In this, he claimed that Fatah is no different from Hamas. In fact, Bedein wrote in his book that in the PLO Orient House, the Israeli coastal city of Netanya is defined as an “illegal settlement.” According to the PLO, Netanya is partially built on top of the once Arab village of Um Khalid. Bedein implied that this means that the Fatah-controlled Palestinian Authority does not recognize Israel’s right to exist under any borders.

“Fatah means conquest in Arabic,” Bedein proclaimed. “Their goal is to take Palestine by force. They have a purpose in life. They have not canceled the covenant to eliminate Israel. The purpose of the Palestinian school system is the purpose of the PLO, which is to wipe out Israel. In the Rawabi schools, they had the opportunity to adopt a peace curriculum established in Cambridge. Instead, they went for the PA curriculum that calls to take all of Palestine.”

Bedein is highly critical of all of those who argue that by bringing greater economic prosperity to the Palestinians, there can be peace: “Economic peace creates short time quiet but not peace. Rawabi brought prosperity for the PLO ruling class and that is it, not peace. The Oslo process was not ratified by the PLO, so it doesn’t exist. It is an illusion. It is a lie. That is why we have problems. We have no peace process. It lasted for only 6 weeks. There is a myth that there is a peace process. In reality, it doesn’t exist.”

Bedein claimed that his news agency broke the story about Arafat’s speech in Johannesburg, South Africa, where the late Fatah leader proclaimed: “This agreement, I am not considering it more than the agreement which had been signed between our Prophet Muhammed and the Quraish (Muhammed brokered this agreement with the intention of breaking it later after his army became stronger and was able to win a war).”

Bedein claimed that the exposure of Arafat’s speech prompted the US Congress to demand that Arafat cancel his remarks or the peace process would not continue: “And it never got canceled but the peace process continued. The media forgot about it.” He claimed that one of the reasons why the PA is getting away with what they are is merely because the media and political system have been bought off: “They are being bribed. Shimon Peres bought stock in PA broadcasting. He got $25 billion. It is economically beneficial for many people. When anyone follows the current process through the mainstream press, no one knows what is going on.”