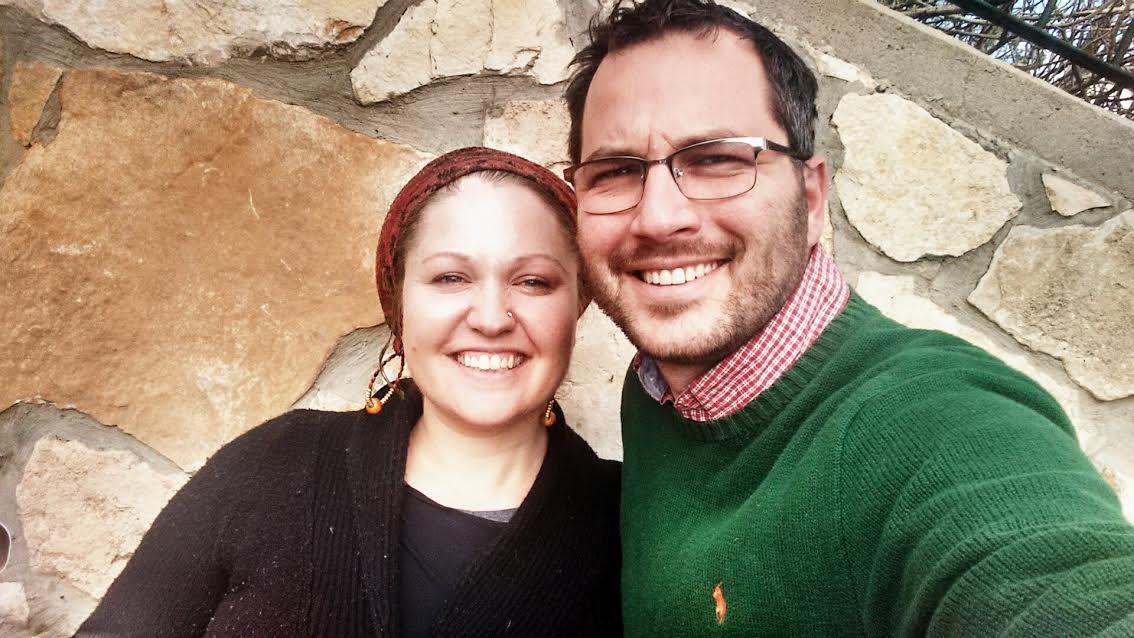 ​​In an exclusive interview, Gedaliah Blum, who runs the Dapei Katom organization together with his wife Elisheva, speaks out about the daily struggles that small businesses in Judea and Samaria face due to the BDS Movement. At the same time, Blum emphasized that the BDS Movement is largely a failure.

Gedaliah Blum together with his wife Elisheva runs the Dapei Katom organization, which for the past 7 ½ years has worked closely with 2,500 businesses in Judea and Samaria, promoting them in Israel and internationally. (They are currently launching a new project to help build and promote more than 100 ecommerce shops from businesses located within Judea and Samaria.) They will be working together with an international pro-Israel organization and an Israeli government funded project that seeks to assist small businesses located in Israel’s periphery including in Judea and Samaria. Since they are working with local businesses in Judea and Samaria, they witness firsthand how the BDS Movement is influencing the Israeli economy. The question remains, are they negatively affecting the economy? Are they changing views and creating an environment of anti-Israel sentiment?

According to Blum, when it comes to halting economic growth in Israel, the BDS Movement is a failure: “Israeli tech companies get 100 million dollar investments every month. On a purely economic scale, the Israeli economy is growing strongly. Foreign investment per capita is rising. The Chinese come here with a checkbook, going from door to door and they are seeking for the next idea to invest in. Israel is untouched on a macro-sale. 100 people interrupting some lecture or protesting the sale of tomatoes is nothing compared to all of the foreign investments coming to Israel.” However, on the other side of the coin, Blum noted that small businesses in Judea and Samaria are affected by the BDS Movement: Successes by BDS can be seen with “Israeli businesses in the Jordan Valley who sell dates are losing contracts and are looking to expand markets to regions not interested in the politics, the BDS can appear in Seattle and block a shipment of Israeli goods from coming in, they put pressure on musicians coming to Israel, as well as label tomatoes in the market and pressure them off the market.”

Nevertheless, Blum does not believe that this has adversely affected how most of the world thinks about Israel. If anything, he argued that the public perception of Israel in the world has actually gotten better. He noted that in a 2005 Gallop Poll, 27% of the global population has a negative perception of Israel. But in 2016, the same poll showed that it was down to 22%: “The Gallup Poll showed that the BDS Movement is a failure in changing minds.”

Yet Blum believes that the main goal of the BDS Movement is not to destroy the Israeli economy or even affect the views of most of the global population but rather to work towards the destruction of Israel by creating an environment of anti-Israel sentiment: “It is not about the economy. It is about an overall strategy to destroy Israel like war and terrorism. They may claim to be a non-violent movement, but it is violent in nature for it seeks to destroy the State of Israel. They target all of Israel. They also target Caterpillar, a non-Israeli company who sells construction material to Israel. They are spread really wide. They succeeded in taking a baseline of people who are anti-Israel and anti-Semitic people in Europe and US and created a campaign that gave them something to do to actualize their hate for Israel in their everyday lives.”

Blum believes that the BDS Movement would have been successful if they stuck to going after businesses in Judea and Samaria. For that, he claimed they would enjoy the support of the European Union, the US State Department and the UN. However, since they broadened their boycott to include all of Israel and everyone who does business with Israel, they have lost most people who support Israel’s right to exist. Blum claims that they are merely a loud minority but by having a call for action, he stressed that BDS portrays themselves to be bigger than they actually are.

“The BDS Movement is very well organized,” Blum argued. “If I were BDS and I wanted to shut down free speech, I would think shutting down a lecture is a success. They don’t care about human rights or justice. They will do violence. A lot of these people are what Stalin called useful idiots. They have been corrupted into thinking Israel is an apartheid state and that they are acting just and legitimate.” For this reason, Blum emphasized that pro-Israel groups must have a call for action in order to “make them into the small people they are.” He argued that the best way to do this is to have a buycott of Israeli products from Judea and Samaria. Blum stressed that if someone wants to be part of building up Israel, they should purchase all of their goods from the Judea and Samaria mall, which is currently in development. This campaign is a philanthropic endevour which they are raising funds.