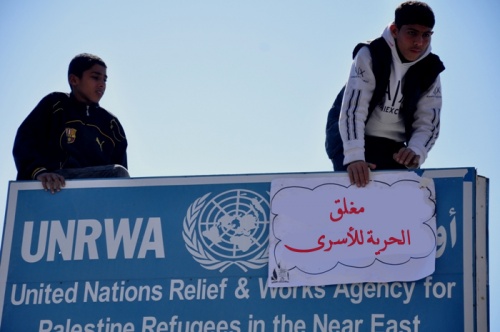 Over the past 30 years of covering the Israeli-PLO relations, David Bedein has witnessed many of its defining moments. He was present at the signing of the Oslo Accords, has met with the Fatah and Hamas leadership and has sent dispatched camera crews into key Palestinian Authority and UNRWA meetings and institutions.

While Bedein has consistently reported groundbreaking news, news agencies have often been n reluctant to publish his stories, most of which contradicted the “peace narrative” which was prevalent in the 90’s and early 2000’s.

Today, nearly 25 years after the signing of the Oslo accords, it is clear something went awry in the “peace agreement” aimed at ending the Israeli-Arab conflict.

Bedein’s new book Genesis of the Palestinian Authority sheds some light on to tnes of news stories that were ignored because of their inconvenient truths that should have been taken into consideration from the beginning of the Oslo process.

The book consolidates Bedein’s news articles and investigations over the past 25 years, since the inception of the Palestinian Authority, with insight into Hamas, UNRWA, and the Israeli governments who negotiated and implemented the Oslo accords.

Here are a few examples from the book which illustrate how successive Israeli and American administrations did not let the facts get in the way of their peace fantasies.

From a December 2004 article: “When I covered the Peres-Rabin-Arafat Nobel Peace Prize ceremony in Oslo in December, 1994, I asked Yasser Arafat at his press conference about what he was going to do about Hamas, given the fact that then prime minister Yitzhak Rabin and then-foreign minister Shimon Peres had given assurances in their press conference that Arafat would crush Hamas. Arafat‘s terse answer was that ―Hamas are my brothers. Don‘t you understand that?”

From an article on March 17, 2007: “The Oslo declaration of principles denounced violence and was publicly signed by Yasser Arafat and Mahmoud Abbas on the White House lawn on September 13, 1993.However, what received very little press attention was that it was never ratified by the PLO. When the Oslo agreement was brought to a vote by the PLO executive on October 6, 1993, there was no quorum and no ratification, and it was subsequently never ratified by the PLO.
The other agreement that the PLO made with Israel as part of the Oslo Accord involved the absolute PLO obligation to cancel the PLO covenant, which calls for the destruction of Israel.
……. However, the PLO never canceled its covenant, which remains its charter – to obliterate the state of Israel.”

Bedein was not only the first reporter to report that the PLO covenant was never cancelled, he was the only reporter to send a crew to cover the meeting discussing its cancellation:

“We dispatched a television crew to cover the historic meeting of the Palestinian National Council in April 1996, a meeting that was reported to have cancelled the PLO covenant calling for Israel’s destruction. The United States Congress had mandated that Arafat would not be allowed into the US unless that covenant was cancelled. US Ambassador to Israel Martin Indyk misinformed President Clinton when he reported that Arafat had cancelled the covenant. Our video, which we sent to Indyk and later screened in the Knesset and the US Congress, told quite a different story, when it revealed that the PNC had, in fact, merely voted to establish a committee to consider amending the PLO covenant. In short, although the Israeli government has used the past seven years of a peace process to prepare the Israeli people for peace, the PLO and its nascent Palestinian Authority have oriented the Palestinian Arab people to the continued non-recognition of Israel while preparing their people for war.” – March 28, 2001.

At the time the book was released this March, the Center for Near East Policy Research – which Bedein runs – also released a new documentary film “The Legacy of UNRWA” which documents the incitement and war education that take place in the UNRWA school system, where 492,000 children are being indoctrinated to war.

The book also documents how Bedein’s agency purchases and translates all new PA schoolbooks, ever since the new PA curriculum was spawned in August 2000, after receiving Yasser Arafats permission to purchase the books in 2000, which he did after meeting with the PA Minister of Education at the time, Nayim Abu Humoos.

Bedein says that his hope is to get Genesis of the Palestinian Authority in in the hands of every diplomat , journalist and policy maker who deals with the Israeli-Arab policy matters. The purpose: to hold the PA accountable to its funders for fostering a policy of suspended war, not peace.

Amram Sherby was an intern at the Ministry of Foreign Affairs, the Spokesperson for Bar-Ilan University’s Model UN Society and the co-host of the “Bus N’ Tank NFL Weekend Analysis” show on IsraelSportsRadio.com.