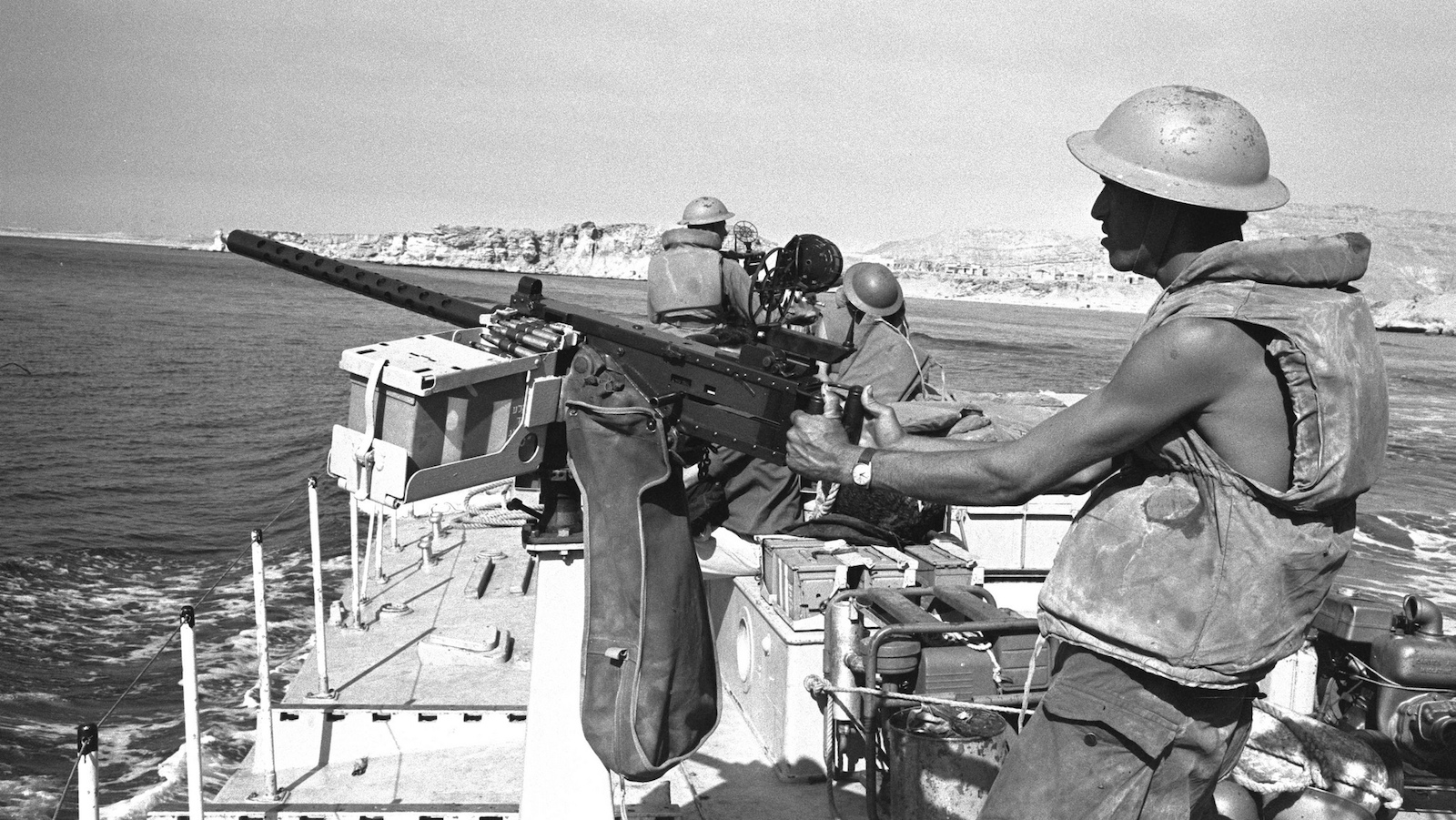 Several weeks from now Israel and Jews around the World will be celebrating a seminal moment in Jewish history; the 50th anniversary of Israel’s monumental victory in the Six Day War. For those of us alive during those daunting days in May 1967 leading up to the war, it was a period in time we will never forget, nor should we. Its ramifications were and are germane to this very day but no discussion of the Six Day War can be made without background of its major protagonist, Gamal Abdel Nasser.

Whereas today ISIS is attempting to dominate the Islamic World under an Islamic Caliphate, Nasser, then President of Egypt attempted to do the same but with a secular approach. On July 23, 1952, he and a group of officers staged a coup and ousted the Egyptian King Faruk. Although the real leader, Nasser initially remained in the background but in fact was instrumental in abolishing the monarchy in 1953. The following year he came out of the shadows to assume absolute power and began instituting far reaching economic reforms which instantly made him the darling of the Arab World. By 1956 his relations with the West had deteriorated to the point he brazenly nationalized the Suez Canal prompting an invasion by England, France, and Israel. Under pressure from the U.S. these forces withdraw, and a United Nations Emergency force was subsequently placed as a buffer between Egypt and Israel; the withdrawal of which would play a pivotal role in the conflict 11 years later.

At the pinnacle of his popularity Nasser joined with Syria forming what became the United Arab Republic (U.A.R.), a move which encouraged the Syrians to ramp up incessant attacks against Israel from their vantage point on the Golan Heights. Towering 3,000 feet above the Galilee no Israeli farm or Kibbutz was spared the wrath of Syrian artillery. Much like the residents of Sderot and other Israeli towns adjacent to Gaza today, Jews were forced to sleep and conduct their lives in bomb shelters.

Once again, in similar scenario to today, terrorist attacks on Israeli civilians were ratcheted up by then arch terrorist Yasser Arafat and the recently formed PLO. As the rhetoric increased so did the violence. Throughout the days and weeks of May 1967 Nasser would make speeches stating: “We shall not enter Palestine with its soil covered in sand; we shall enter it with its soil saturated in blood.” Today the canard of the conflict ostensibly is support for a Palestinian state. The lead up to the Six Day War was likewise professed to be support for the Palestinian cause but the literature then and now prove otherwise. During both these periods cartoons of extreme anti-Semitic motif have inundated the Arab press.

Throughout the days leading to the war Nasser challenged Israel to fight on a daily basis stating: “Our basic objective will be the destruction of Israel. The Arab people want to fight.” Echoing these threats of annihilation with equal and perhaps greater vigor was the father of today’s mass Syrian murderer, Bashar Al-Assad, then Syrian Defense Minister, Hafez al-Assad: “The Syrian army, with its finger on the trigger, is united….I as a military man believe the time has come to enter into a battle of annihilation.”

When King Hussein of Jordan signed a defense pact with Egypt on May 30,1967 the noose around Israel’s neck further tightened. Nasser gleefully proclaimed: “The armies of Egypt, Jordan, Syria and Lebanon are poised on the borders of Israel…to face the challenge, while standing behind us are the armies of Iraq, Algeria, Kuwait, Sudan and the whole Arab nation. This act will astound the World. Today they will know that the Arabs are arranged for battle, the critical hour has arrived. We have reached the stage of serious action and not declarations.“ This was the one point of agreement Israel shared with her unremitting foes.

On June 2, 1967, three days before actual hostilities would erupt, Israel’s Chief of Staff, Gen. Yitzhak Rabin called a meeting with the Israeli Ministerial Committee of Defense. Although the IDF had been on full alert for 3 weeks, arrayed against Israel were approximately 465,000 troops, more than 2,800 tanks, and 800 aircraft. In a grave but steady tone Rabin addressed the Committee: “We don’t want war for its own sake. I think we may find ourselves in a military situation in which we have lost many of our advantages, reaching a position, which I don’t want to express too harshly, in which our existence is in serious danger.” ….“Time is not on our side. And in a week or two, or in three or four weeks, the situation will be worse.”

In the early hours of June 5, 1967 Israel launched a preemptive air strike on the air forces of Egypt, Jordan, and Syria with devastating effect. Five days later the armies of these nations along with Iraq, which also joined the fray were crushed and forced to sue for a ceasefire. The war may have taken only Six Days but its ramifications and similarities to today’s Middle East conflict is unquestionable. What were the accomplishments?

For the first time since prior to the Ottoman Empire, Jews have unfettered access to their Holy sites and a united Jerusalem their ancient capital.

The indefensible 1948 armistice line which bisected Israel from the Jordan River to within 9 miles of the Mediterranean Sea had been abrogated.

She took control of Judea and Samaria which was illegally annexed by Jordan following the ’48 armistice.

Israel commands the highly defensible Jordan Valley where terrorist attacks had emanated from both Jordan and Syria.

She was able to trade the Sinai Peninsula for a peace treaty with her main antagonist, Egypt.
The once haven for terrorists and Syrian shelling, the Golan heights, was annexed and have remained relatively quiet for the past 50 years.

Most importantly, by winning the war decisively Israel staved off what was intended to be another mass genocide of the Jewish people….What was not accomplished?

An end to terrorism.
An end to Anti Semitic cartoons and rhetoric throughout much of the Islamic World, particularly Iran.
An end of vilification of Israel by the Palestinian leadership, media, and educational system.
A Palestinian leader willing to recognize Israel as the homeland of the Jewish people.
A United Nations only united in castigating the only true democracy in the Middle East.
A total negation of slander on campus against Jews masked under the pretense of Anti-Zionism; particularly the BDS movement.

Despite these and other seemingly irreconcilable problems, winning the Six Day War has allowed the Jewish state to survive and rise from its fledgling third world status into a technological, economic, and military behemoth; an island of democratic renaissance surrounded by a sea of despair.