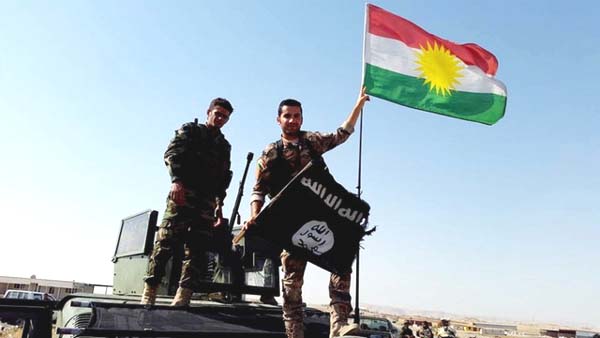 In an exclusive interview, Sherkoh Abbas, the head of the Kurdistan National Assembly of Syria, warns the US government of the dangers posed by supporting Saudi Arabia and Turkey. He argued that the Kurds are better allies for the Americans.

In an exclusive interview, Sherkoh Abbas, the head of the Kurdistan National Assembly of Syria, stressed following Trump’s lavish welcome in Saudi Arabia that the United States should be wary of the Saudi government: “They have to look in the mirror. Much of the extremism is caused by them. I hope that Trump will hold them accountable and not be fooled by nice words but judge them based on their actions. I think they will have a hard time. None of the leaders have been successful in pressuring them. Now is the time to weaken these regimes so that the extremism will stop. That is the only way to bring about peace and stability to the region.”

“Most of the leaders who met Trump in Saudi Arabia are tyrants, dictators,” he related. “None of these leaders were elected. Most of their people are unemployed yet they can cough up billions to make weapons to oppress people. They should spend money to make peoples’ lives better. Then you don’t have to buy weapons to oppress your people. Furthermore, the Saudis won’t allow a woman to drive to save her dad. When you have a foreigner working there, you have no rights. You can be enslaved. Yet we call them allies and friends. If that person is horrible to his sister and wife, how can he be good to me? How can I trust that person? These guys are not allies. Its mutual interests. In the long run, you will regret making alliances with these regimes.”

Abbas emphasized that Turkish President Recep Tayyip Erdogan, whom Trump has praised as an ally in the War against Terrorism and congratulated on winning the referendum, runs a country that cares more about oppressing the Kurds than suppressing radical extremism. It has been reported that Turkey has sent weapons to ISIS and traded in ISIS oil. Furthermore, numerous media outlets have noted that Turkey has permitted thousands of ISIS terrorists to smuggle across their border into Syria and have given medical assistance to ISIS terrorists.

Not too long ago, the Turkish entourage was recorded beating Kurdish and Armenian protesters in Washington, DC. In response to this action, Senator John McCain called for the Turkish Ambassador to be booted out of the US but Trump took zero action against Turkey for this. Abbas responded to McCain’s response to this incident as follows: “We commend and salute Senator McCain for asking the administration to be strong towards the Turkish Ambassador. Unfortunately, that administration has not done so.”

Abbas stressed that Turkey always tries to portray the Kurds to be inhumane people but how the Turkish Security Forces treated those demonstrators exposed their true face: “We saw their actions in front of world civilization in the heart of the free world’s capital city and what they did to peaceful people. Can you imagine what they are doing with their soldiers behind the scenes to the Kurds of Turkey? Are they slaughtering people? Killing people? In the past, some of their soldiers would cut off the heads of PKK people and then take pictures and display them as trophies. That is very similar to ISIS. It is horrifying that the administration in Washington, DC did not put those people in prison. Now, if they travel to Europe, Canada, etc., they think they can kill and get away with it. Is this the law of the jungle?”

According to Abbas, for Trump, it is all about making business deals and he claimed that Trump views those interests to be the first priority. He claimed that Trump speaks out about the evils of extremism but then he gave $110 billion worth of weapons to Saudi Arabia and made so many deals: “It shows that business comes first. It should be that American values and Western values should not be compromised. Building up the Sunnis against the Shias will not appease them for eventually the Sunnis will turn on you. It is better to weaken the Sunnis and Shias and to support the Balochis, Kurds and others who are oppressed and have the same value as Americans. It is beneficial for your people and our people. Otherwise, you will only see tyranny and extremism.”