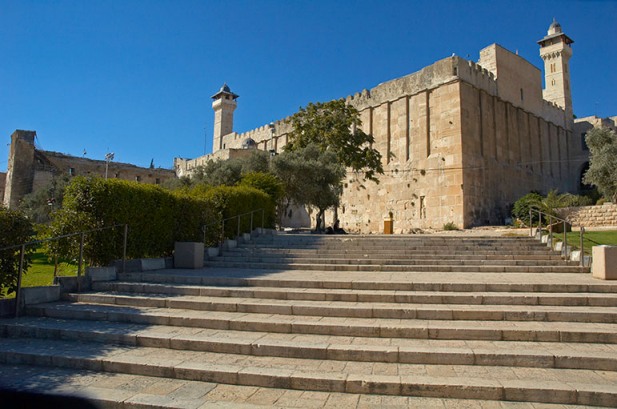 There are many occasions in life when ignoring the obvious can have dire consequences at some later time.

Unfortunately many never seem to learn. With a long history behind us, Jewish people at least should be aware of warning signals and straws in the wind but this is not necessarily the case. Time and again we have failed to act expeditiously and preferred instead to prevaricate and sweep threats under the carpet.

One would think that given the events of not so long ago our early warning systems would be alerted when groups, individuals and nations threaten us either verbally or physically. If nothing else we should have internalised the failures of leadership exhibited prior to and during the Holocaust when many thought that keeping a low profile would placate the Roosevelt administration and stem the rise of Jew hatred.

Now that we have a Jewish State many believe, mistakenly, that the same sort of subservient silence in the face of blatant bias will guarantee that the rest of the world will love and applaud us. Nothing could be further from reality as past and current events prove.

One of the undeniable facts of life these days is that the challenge to act against the deniers, delegitimisers, revisionists and haters is greater than ever.

Surveying the events of this past week proves that the battle is ongoing and unrelenting.

The stabbing of an Israeli policewoman in Jerusalem and the attempted murder of several others by young Palestinian Arab youths garnered headlines. The BBC were once again caught out using tendentious and maliciously misleading headlines and other media outlets reported the incident with varying degrees of accuracy. Reactions ranged from outrage by American politicians and commentators to complete indifference on the part of others who normally react with great gusto when terror attacks take place in London, Brussels, Paris or elsewhere.

Notably the Palestinian Authority accused Israel of war crimes because the perpetrators were eliminated and subsequently poems and declarations of praise for the “martyrs” issued forth from those we are pressured to accept as “peace” partners. These malevolent utterances solicited no response from most of the UN.

Speaking of the UN we are once more reminded that their knee-jerk phobia about the Jewish State is alive and well.  Next week they are hosting a conference in New York dealing with 50 years of Israeli crimes. Obviously they would have preferred that we had lost and been murdered as was the original plan.

Not to be outdone the Palestinian Authority is again demanding that UNESCO declare and rename the Cave of the Patriarchs in Hebron a Moslem heritage site.

The PA said Al Ebrahimi Mosque was a purely Muslim property that should be under undisputed Palestinian Muslim control.

Note how the undisputed Jewish claim to the burial site of the Jewish Patriarchs and Matriarchs has been hijacked. This is a common tactic ignored by those who should know better.

Next up is the UN Human Rights Council which again is trying to put together a list of companies who dare to do business with enterprises deemed “occupied”. This of course includes Jerusalem.

None of these corrupt UN bodies seem to realise that things have changed in Washington and that continuing to obsess about Israel to the exclusion of anything else will only result in their own self destruction. Europe, Scandinavia and NZ have yet to take a strong moral stand against this rotten state of affairs.

Meanwhile in London up to a thousand citizens took to the streets in a demonstration supporting the elimination of Israel and solidarity with Hezbollah. This group has been designated a terror organisation by the UK Government and its flag banned. Despite this, Hezbollah flags were carried by the demonstrators. Illustrating typical weakness in the face of Islamic defiance, officials explained that the “political” wing of Hezbollah was different to the “terror” wing. That makes as much sense as differentiating between the Gestapo and the political Nazi Party. In past years the leader of the Labour Party attended the annual Al Quds Day in London. Ignoring these blatantly clear gestures is self delusionary.

Constructing the high speed rail line from Tel Aviv to Jerusalem is making rapid progress and is scheduled to open hopefully about spring time 2018. An invitation was extended to diplomats to take part in a tour and inspect the massive infrastructure work so far completed. Lo and behold the EU ambassadors decided to boycott the event because in their words “a portion of the line crosses into occupied territory.” In actual fact only a few hundred meters underground is over the mythical green line which illustrates the complete hypocrisy involved. Moreover the very same diplomats use route 443 when driving between the two cities at present and this also crosses over into Judea. This is the sort of nonsense dished up on a daily basis by those who love lecturing us and at the same time ignore real threats to world peace.

It has been reported that the ANZAC monument at Anzac Cove has been removed by the Turkish Government ostensibly for “refurbishment.”  The Turkish museum on the Gallipoli Peninsula depicts Turkey’s dead as martyrs dying in a fight against Christian invaders. This fits in with the current regime’s desire to Islamise the country and restore the glories of the Ottoman Empire. Will the ANZAC Memorial be returned and if so will the wording reflect the new reality? Time will tell but in the meantime there seems to be silence on the subject down under.

New Zealand once again hit the headlines when a production of Joseph and the Amazing Technicolour Dreamcoat for a children’s festival had its lyrics altered by eliminating the words “Children of Israel” and replacing it with “Children of Kindness”. To make matters worse the person responsible for this inane decision tried to excuse it by stating that she wanted to keep things simple for primary school children! After Sir Tim Rice had voiced his objections she then eliminated other songs from the production. In the end with egg all over their faces the full uncensored version of the musical was restored amidst profuse apologies.

This ludicrous episode demonstrates the power of social media in exposing attempts by those infected with political correctness and bias. It reminds me of a time back in the 1980’s when the NZ Anglican Church decided to revise the Psalms by eliminating references to Israel, Zion and Jerusalem. Back then many Christians of goodwill joined Jews in unsuccessfully trying to thwart his ridiculous attempt at writing the Jewish People out of history. There was no social media then and unfortunately the author of the Psalms, King David, was not around to protest this manifestly overt attempt at revisionist distortion.

All that this latest Joseph episode managed to achieve was to make New Zealand the laughing stock of the world as the news travelled at viral speed via the internet.

Ignoring deliberate attempts to delegitimise no matter how trivial it may seem at first is no longer an option.

Ignore at your peril…writes Michael Kuttner