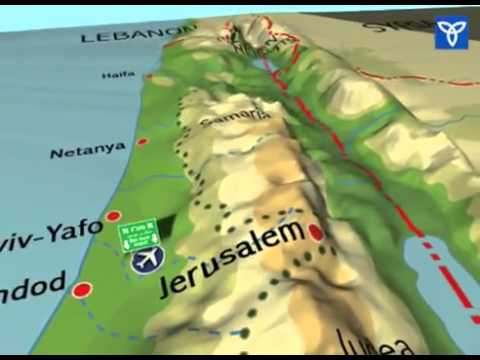 “Unfortunately, it’s very common in political discussions by pundits and commentators today to say “Israel must withdraw to the 1967 borders.” There’s only one problem with that analysis: there are no 1967 borders. The lines Israel inherited from the 1948 war are called armistice lines. They’re very different from international boundaries that exist elsewhere in the world.”

The point that Lee and I make in our Powerpoint talk (“10 Misleading Expressions” under Videos on our website, www.factsonisrael.com) is that there is a huge international law difference between demanding that Israel retreat to “the 1967 borders” and to the same “1949 Israel-Jordan military ceasefire lines.”

International borders have a gravitas unbroken by subsequent fighting between the same sides.  Mere military ceasefire lines, not least those expressly defined in their defining document, as in the 1949 Israel-Jordan Armistice Agreement, not to be political borders, by their very definition don’t.  They are consigned to history’s dustbin by renewed fighting, again initiated by Jordan, and superseded by new ceasefire lines at the end of renewed fighting between those sides.

As Dore Gold explains in the JCPA posting this week from which the above quotation of him is taken, the U.S. and Britain were the chief drafters of UNSC Resolution 242, after the 1967 Six Day War, which called on Israel to withdraw, under certain conditions, from territories [intentionally not “the territories”] captured in that war, not to the 1949 lines, but to “secure and recognized” boundaries.  (The 1949 lines, 9-miles-wide in the critical lowland middle, had been anything but that.  Eban had called them “Auschwitz lines.”)

In a play on words, President Obama changed the U.S. position [this is the AP’s assessment as well as mine] in a speech at the State Department on May 19, 2011.  He said:

“I believe the borders of Israel and Palestine should be based on the 1967 lines with mutually agreed swaps, so that secure and recognized borders are established for both sides.”

“President Barack Obama on Thursday endorsed a key Palestinian demand for the borders of its future state.  Obama’s urging that a Palestinian state be based on the 1967 lines was a significant shift in the U.S. approach.”

But the Philadelphia Inquirer, for one, wasn’t satisfied even with that.  It headlined and sub-headlined its front-page article:

“In a major speech, he said a starting point for Israeli-Palestinian talks should be the borders set before the 1967 war.  Netanyahu criticized the idea” [emphasis added]

“1967 borders” is just one of very many Jewish homeland delegitimizing pejoratives not just “in political discussions by pundits and commentators,” as Amb. Gold wrote this week, nor in the mainstream Western media, but even among Jewish and Christian supporters of Israel, in our case, at least, unthinkingly.  It’s “very common,” as Amb. Gold says, so we unthinkingly use it ourselves.  When it comes to Israel reporting word choices, we cannot afford not to think.