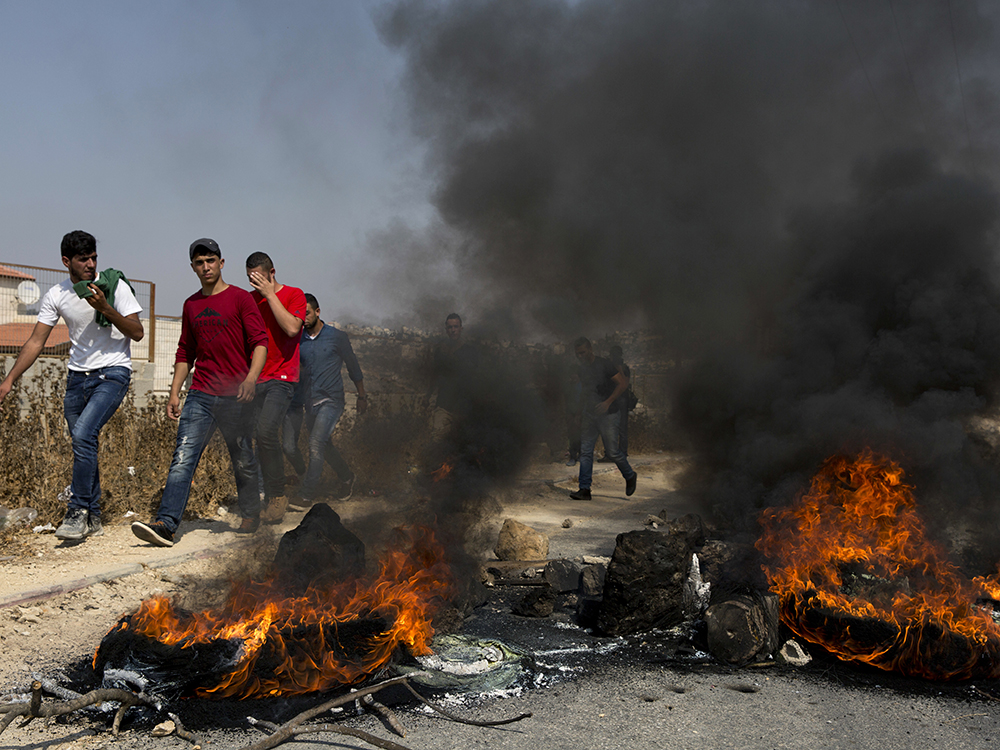 On July 21, a Palestinian terrorist entered the home of a Jewish family in the West Bank settlement of Halamish and killed Yosef Salomon, 70, his daughter Chaya, 46, and son Elad, 36. As a result of his attack, the assailant, 19-year-old Omar al-Abed will now be paid more than U.S.$3,120 a month by the Palestinian government.

Learning of this egregious arrangement will likely shock and sicken many of you. But for Israelis, these “pay-for-slay” stipends are nothing new. The Palestinian government has made terrorism the most lucrative job in the West Bank. If the international community continues to turn a blind eye to Palestinian terror payments and the role international aid plays in fuelling this cycle of violence, the conflict will only get worse.

For over 50 years, the Palestinian Liberation Organization (PLO) and the Palestinian Authority (PA) have been making financial payments to Palestinian terrorists, prisoners and their families. It was in 1965 when Palestinian leader Yasser Arafat established the Society for the Care of the Families of Martyrs (SAMED) that these payments started, at least in any official capacity. Originally called the Palestine Mujahidin and Martyrs Fund in 1964, the fund was created to provide financial compensation for families of deceased terrorists, as well as maimed or captured terrorists. In 1965-1966, it was transferred over from Fatah to the PLO, and renamed SAMED. According to Yezid Sayigh, Senior Associate at the Carnegie Middle East Center in Beirut, within 15 years of its establishment, this fund was providing pension payments and social assistance payments to more than 20,000 Palestinian families.

Today, the PA is responsible for administering the disbursement of these funds, which are funnelled through the National Palestinian Fund (NPF). The NPF, along with the Institute for Care for the Families of Martyrs, co-ordinates these payments to prisoners, released convicts and deceased terrorists. Embedded in actual Palestinian law, financial support for prisoners and the families of martyrs is rooted in Laws No. 14 and No. 19 of 2004, and Law No. 1 of 2013. Described as “a fighting sector and an integral part of the weave of Arab Palestinian society,” these laws guarantee “the financial rights of the prisoner and his family.” They specifically state that the PA must provide prisoners with a monthly allowance throughout the entirety of their incarceration, as well as salaries and/or jobs upon their release.

According to a new study by the Institute for Contemporary Affairs, the official 2017 PA Budget has committed to increase the salaries of imprisoned and released terrorists by 13 per cent to U.S.$154.4 million dollars. Moreover, the money allocated for the families of those “martyred” in the conflict against Zionism is set to be approximately US$192 million dollars, or about four to five per cent higher than 2016 figures. All in all, the total PA expenditures set aside in 2017 to pay terrorists and/or their families is set to be in the range of U.S.$344-$346 million. Shockingly, this figure amounts to 49.6 per cent percent of all foreign aid slated to be received by the Palestinian government in 2017.

If you’re wondering where the PLO is getting all of their money, experts such as Yigal Carmon, founder of the Middle East Media Research Institute and Yossi Kuperwasser, Project Director on Regional Middle East Developments at the Jerusalem Center for Public Affairs, suggest it’s coming primarily from international aid — including aid from Canada. Of particular concern is the United Nations Relief and Works Agency for Palestine Refugees (UNRWA). Many, including Hillel Neuer, Executive Director of UN Watch, have stated that UNRWA has direct ties to the Islamic terrorist organization Hamas.

While the UNRWA lost Government of Canada funding in 2010, following allegations of the organization being connected to Hamas, the Liberal Government announced in November 2016 it would restore funding to UNRWA to the tune of $25 million Canadian dollars. The United States is also a major supporter of the Palestinian Authority. It is abhorrent to think that any money from North America governments might be rewarding terrorism, yet it’s hard to conclude otherwise.

The compensation of terrorists is deeply immoral and incomprehensible in and of itself. But it is most problematic because it undermines peace. In addition to directly violating the 1995 Oslo Peace Accords, paying terrorists incentivizes terrorism, which cyclically fuels conflict, erodes Israeli support for peace talks, and further entrenches Palestinian intolerance and extremism.

The international community owes it to Israelis, Palestinians, the Salomon family, and the countless other victims of Palestinian violence and terrorism to raise awareness of Palestinian policies to pay terrorists. If we don’t, only time will tell how many more will suffer.

Casey Babb is a former policy advisor to Canada’s minister of National Defence, graduate of the York Centre for International and Security Studies, and doctoral student at the Norman Paterson School of International Affairs, in Ottawa.