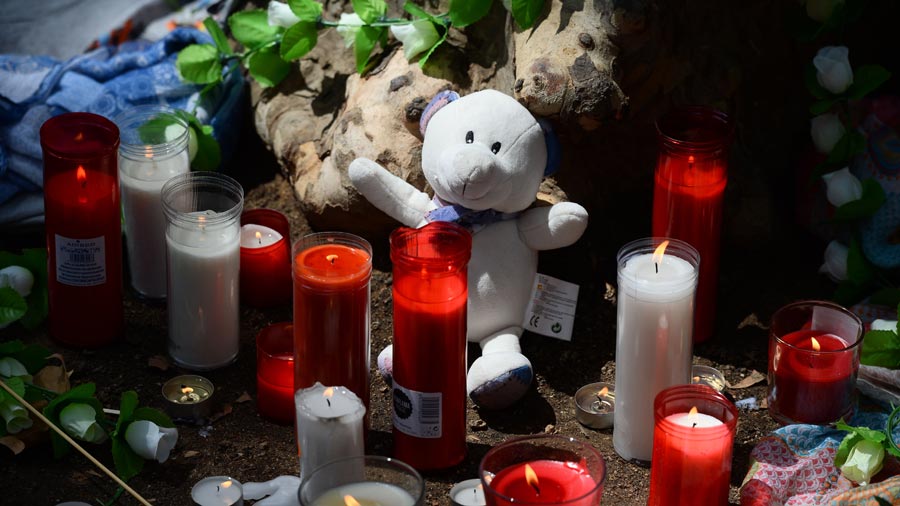 The concept of hospitality is coherent with the ideology of the West: it is rich in humanity, desire for knowledge and good feelings. Barcelona, today covered in blood and suffering by a terrorist attack that killed 15 people, has been the most welcoming city in the world, not only because the world loves and visits her for her beauty, but also due to a courageous decision bordering with unconsciousness. On the 17 May Barcelona asked with a huge popular demonstration for more immigrants. The event that was the first of a series, including a huge gathering in Milan a few days later: citizens led by their mayors, as well as politicians and intellectuals, asked for an expanded welcome. They called for immigrants to become the pillar of the future in their own cities. Now you cannot avoid a sense of amazement and sorrow looking at the images of Las Ramblas, today soaked with blood caused by a group of ISIS believer in Islam, crowded with people and posters appealing for “open borders” and “unwalled” worlds and shouting that “blame Islam for terrorism is like blame Christianity for colonialism.

Actually, it should be remembered that Christianity was responsible for the attempt to impose a civilization considered to be salvific as well as profitable on those men of those time. In general, these slogans give the feeling of a great lack of sense of responsibility. As if a cloud of lack of knowledge of the biggest problem that has invested Europe since the postwar period had wrapped its people’s minds.

Antonio Tajani, the President of the European Parliament, has repeated it, and there is an evident fact: the tide of refugees we have seen over the years will not fall from its biblical dimensions, on the contrary.

In ten years, when Egypt will grow to 100 million people and Nigeria to 400 million inhabitants, the crowd that would like to reach our cities will count tens of millions people. Some millions are already waiting their turn beyond the Mediterranean sea. The numbers are and will be higher and higher,  in Italy in 2017 we have until now 11,849 arrivals against 13,246 the whole last year, in Spain since the beginning of 2017 there were 8,385 arrivals, 3 times the number in the same period last year.

The humanitarian part of saving from the water and welcoming the refugees is important; but it’s a terrible responsibility to cancel and forget about the fundamental principle that implies obligations to human life in general, and also to our own fellows citizens? And who can denied that the relationship between the rising tide of immigrants and terrorism cannot be ignored, and a much more effective screen of the arrivals is necessary? It is an obvious struggle: terrorism that indiscriminately strikes everybody, Christians, Jews, and non-practicant Muslims everywhere around it, shows the face of an Islamic fanaticism which grows every single month. It is a phenomenon that takes a large role in the 4,576 European deaths for terror.

The selective criterion must be the same that we apply it to our guests when we admit them at home, considering if they want to accept the rule of the home, being polite, clean, honest, decent.  Does this mean racism, lack of respect for the freedom of speech or for the religious freedom? Of course not,, but this is the claim of those who preach an indiscriminate welcome. Europe has not yet accepted to understand that many warriors of an all-out war is the choice of contemporary Islam, more than a religion an ideology, more fanaticism tan religion, and it has grown parallel to the western choice of a multicultural society. Muslim fanatics cannot and will never be seduced by the kindness of the heart of those who want peace welcoming them with open arms. They will consider this attitude a surrender and a sign of weakness.

For them, Barcelona, is like Rome or London, they are all part of a civilization, the Western one, that must be destroyed. There is a specific and general reason for each place: Spain, where 636 jihadists were arrested after the Madrid attack in 2004, is like Barcelona, Al Andalus and will belong to the Ummah forever, once conquered, forever conquered like France and Portugal. Rome is the seat of the Papacy the very heart of Christianity. Only Eastern European countries are not in the Islamic history.

Verifying the identity of those who enter, selecting them according to security criteria doesn’t contradict the moral duty of saving people in danger. Therefore is sad but true: the world made of many cultures, many languages, many religions has a problem. Multiculturalism has an internal enemy.

A jihadist is a celebrity in the Islamic world: they consider terrorist as saints, martyrs, “shahid”, and writes it on Twitter and on the press, speak about it on the tv and at school, presents it a model to the children.

Yes, our “welcome” becomes in many cases a highway to radicalization and murder.