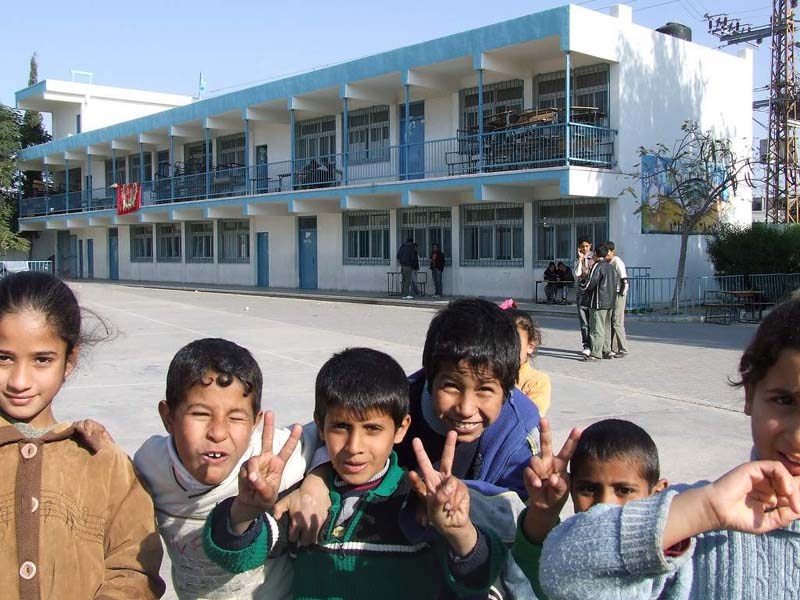 Six million Jews living in victorious Palestine will be expelled from the land with the Arab inhabitants present to witness the “extermination of its defeated and scattered remnants,” according to a Palestinian Authority textbook published in 2016, and used in United Nations schools under the auspices of the international body’s Relief and Works Agency (UNRWA).

According to a new study released Wednesday by the Center for Near East Policy Research, the Middle East Forum and the Simon Wiesenthal Center, the latest texts being used in the hundreds of schools under the auspices of the United Nations Relief and Works Agency in Judea, Samaria and Gaza reinforce the deadly anti-Israel and anti-Semitic incitement fed daily to the children of the Palestinian Authority by their government media.

The research was carried out by Dr. Aaron Groiss, an expert in Arab textbooks, in collaboration with the leaders of each of the above-listed groups.

Some 160 textbooks for use in grades one through 12, on various school subjects, were scrutinized through the lens of how Jews / Israelis are depicted. Half of the books were published in the past two years; the curriculum was provided to UNRWA schools by the Palestinian Authority.

What the study revealed was horrifying. The research concluded the Palestinian Authority is using its curriculum – as it does with its media – to reinforce its message of hate via the schools. The United Nations agency now appears to be collaborating.

The contents of the textbooks underlines and reinforces the delegitimization and demonization of Israel and its people, as well as other Jews. Likewise, the children in the Palestinian Authority are being indoctrinated towards violent struggle, rather than towards peace.

“The Palestinian child stood facing the enemy’s bullets like a brave soldier,” one book teaches.

A 2017 text describes firebombing an Israeli public bus as a “barbecue party.”

Another schoolbook praises Dalal Mughrabi, the bloodthirsty Arab terrorist who led the most deadly attack in Israeli history, known as the Coastal Road Massacre; 37 people were killed, including a dozen children, and more than 70 others were wounded.

The State of Israel does not appear on any map and instead has been replaced entirely by “Palestine,” including all pre-1967 areas. Any description of the state is referenced by the phrase, “Zionist occupation,” the researchers wrote.

“Even the former expression ‘the Arab-Israeli conflict’ is now spelled ‘the Arab-Zionist conflict,’” they added. “This change signals an intensification of the non-recognition attitude regarding Israel on the part of the Palestinian educators. While demonization of Jews is less evident in the PA schoolbooks, compared to books of some other Arab governments, Jews are still demonized as opponents of Islam’s revered prophets, namely, Moses, Jesus and Muhammad.

“The first group of Jewish settlers came to Palestine from Russia in 1882 and the second group was in 1905,” one of the books reads. “The arrival of the Jewish throngs to Palestine continued until 1948 and their goal was taking over the Palestinian lands and then replacing the original inhabitants after their expulsion or extermination.”

The researchers conclude that “UNRWA, in fact, not only does propagate a non-peaceful line contrary to UN resolutions on the Middle East, and not only does allow the presentation of Israel and its Jewish citizens as illegitimate with heavy layers of demonization. UNRWA also betrays its moral obligation toward the Palestinian children and youths’ human rights and well-being, by letting the PA prepare them for a future war with Israel.

“It is now high time that UNRWA change its policy of non-intervention in the contents of local curricula taught in its schools,” the researchers added.