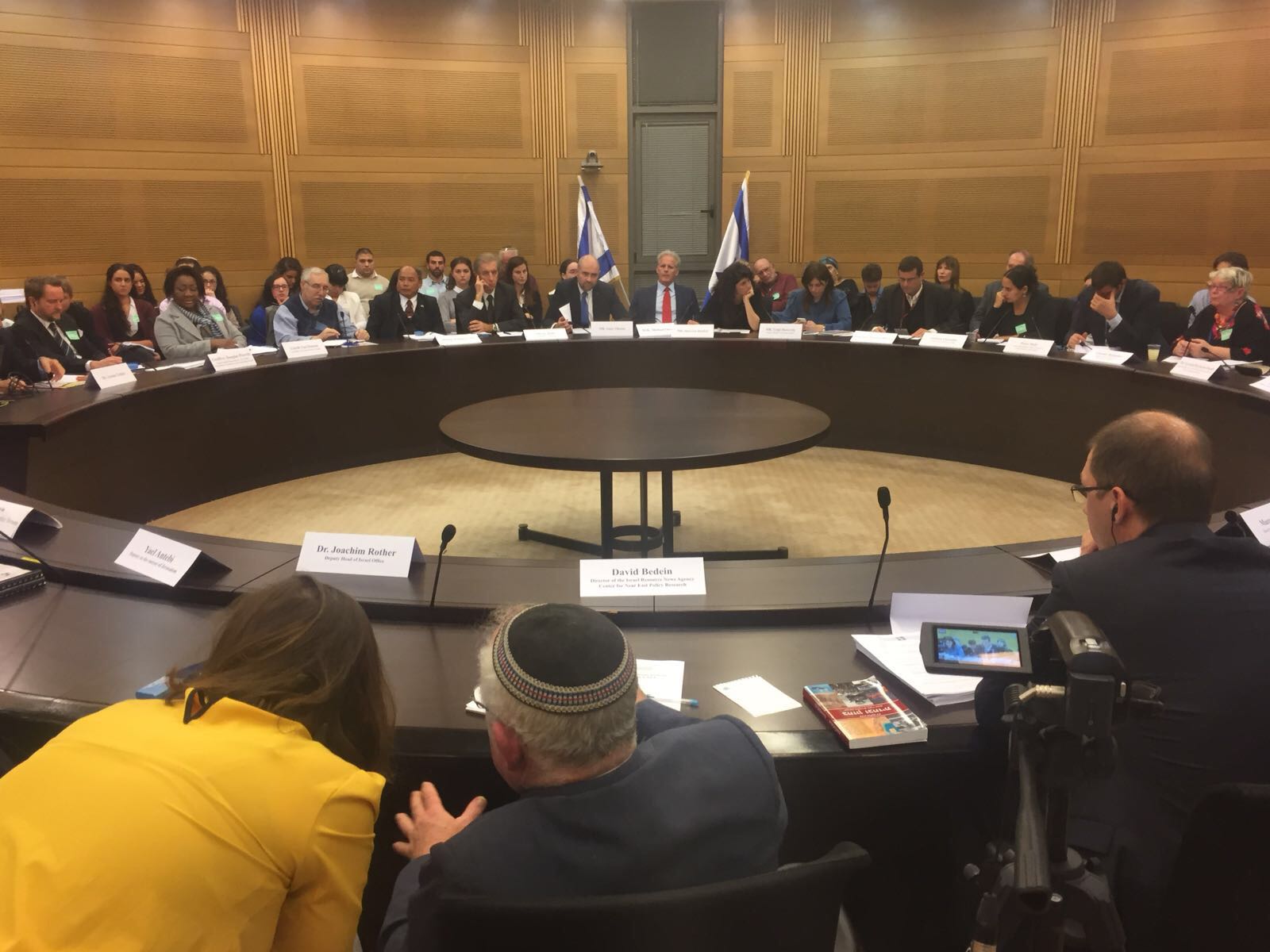 “The Knesset Lobby to Reform UNRWA” held its second session on Monday, Nov. 27, at the Jerusalem Hall in the Knesset, chaired by MK Sharren Haskel, who has taken the leadership to demand full disclosure, accountability and transparency from donor nations who render $1.2 billion of assistance to UNRWA, an agency which seems to promote “Palestinian refugee life in perpetuity”, for the families of Arab refugees from the 1948 war.

MK Haskel, in her opening remarks, dispelled the notion that the new lobby wants to get rid of UNRWA, which cannot be done without United Nations General Assembly approval, which will never happen.

What can be done, noted MK Haskel, is that the donor nations can condition contributions on fundamental reforms of UNRWA. https://besacenter.org/perspectives-papers/unrwa-reform/

The session welcomed three experts from the Center For Near East Policy Research, the agency which initiated “The Knesset Lobby to Reform UNRWA”:

Lt. Col, Jonathan D. Halevi, http://israelbehindthenews.com/power-point-anatomy-of-hamas-takeover-of-unrwa/7888, an intelligence analyst who for the past 19 years has provided research on the Hamas takeover of UNRWA operations in Gaza, provided his latest research on the Hamas-UNRWA connection.

Dr. Arnon Groiss, http://israelbehindthenews.com/?s=”ARNON+GROISS”&orderby=date&order=desc who has translated Palestinian Authority UNRWA school books and texts from Middle Eastern nations for the past 18 years, and who most recently oversaw a comprehensive year-long research all texts now in use in UNRWA schools, in study that was underwritten by the Simon Wiesenthal Center:

David Bedein, who has written extensively about UNRWA for the past 30 years, http://israelbehindthenews.com/?s=bedein+unrwa and who has produced a series of films shot on location in UNRWA facilities https://tinyurl.com/lxc6xvs

Press Coverage of the event: