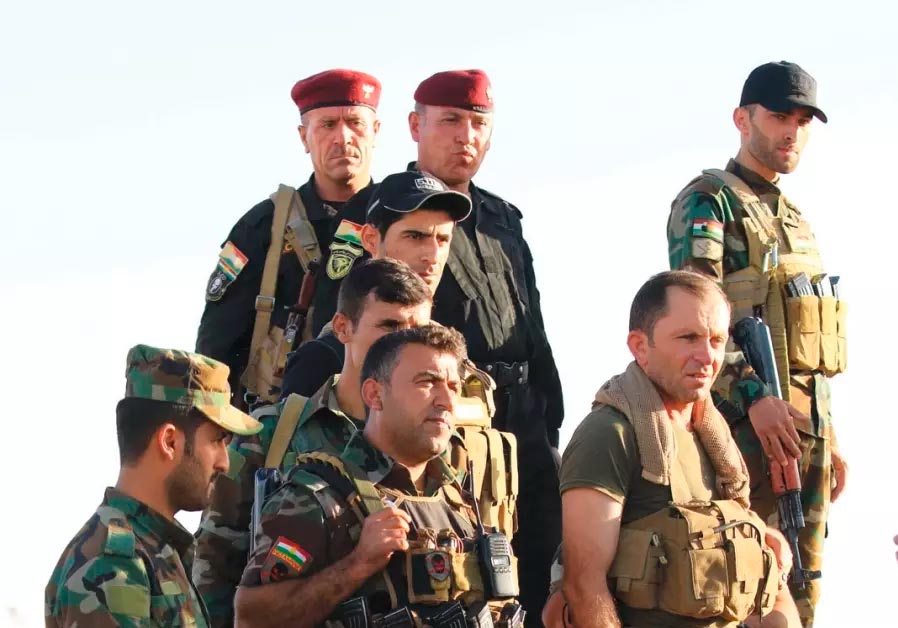 In recent days, the US administration has increasingly been putting pressure on the Kurds to back away from the Kurdistan Independence Referendum.  They are seeking for the Iraqi Supreme Court to declare that the Kurdistan Independence Referendum was illegal and for the KRG leadership to declare that they accept the results of the Iraqi Supreme Court, which will enable the KRG leadership to back away from the Referendum while saving face.  This policy is a disaster waiting to happen and the Israeli government should take a stand against it by arming the Kurds, so that they will be able to fight to have an independent state.

As we speak, the Kurds were only giving light arms to fight against ISIS.  All of the arms that the US Congress authorized to go to the Kurds was diverted to the Iraqi Central Government, who gave those arms to the Shia militias.  The Shia militias in turn utilized those weapons in order to attack the Kurds in Kirkuk and elsewhere.   The US administration led by Brett McGurk, an Obama appointee, seeks to re-elect Abadi at all costs and to punish the Kurds for not heeding the US request to postpone the Kurdistan Independence Referendum.

As a result, the Kurds lost the ability to sell Kirkuk oil.  They are being oppressed left and right in the areas that fell to the Iraqi Central Government.  They are being held hostage for fuel, food and other basic humanitarian supplies.  Their rights and gains are being erased by the Iraqi Supreme Court.  Kurdish national and cultural symbols are being purged from the area.  The Kurds are essentially being ethnically cleansed from the area and this is a major loss for the State of Israel as well as the free world.

An independent Kurdistan would have been a second Israel in the Middle East.  As Syrian Kurdish dissident Sherkoh Abbas proclaimed, “The Kurds are the only ones who are tolerant in that part of the world.  In Iraqi and Syrian Kurdistan, the minorities have more of a voice and more control over their affairs.  We don’t kill and slaughter minorities.” Kurdish journalist Tamar Hussein stressed: “The constitution of the autonomous Kurdish region clearly respects all religious rights.  Seats are reserved for them in the parliament.”

Kurdish Jewish representative Sherzad Mamsani added: “In the eyes of the KRG, everyone is free to practice whichever religion they freely choose to adopt and follow.  As a matter of fact, even the Kurdish nation with all of its religions has preserved and protected Jewish synagogues and Jewish communities.  Up to date, Jewish land and assets have been treated as holy and have not been sold, divided, commercialized or invaded.  Last year, the Islamic Ruling Committee of Kurdistan proclaimed that any act or transaction that includes buying or selling of any religious land/asset, particularly the ones who have left or abandoned their homes due to sectarian violence, civil war or immigration, to be a sin and a legally immoral act. Furthermore, all of the lands and assets taken and confiscated by the Iraqi Government in the name of sectarianism, religious violence and domestic politics can be returned to their rightful owners under KRG law.”

Former EU MP Paulo Casaca concurred, emphasizing how the KRG treats minorities is an example that should be followed.  However, now this safe haven and refuge for all of the minorities in the region has become unstable since they never got the arms that the US Congress promised them and they are being besieged on all fronts by hostile forces who seek not only to destroy their dream of enjoying national self-determination but also want to put an end to the autonomy that they enjoy.  If the enemies of the Kurds succeed in this, it will be a major blow not only to Kurdish national aspirations but also to the struggle against Iranian aggression in the Middle East, the war against radical Islam and anyone who supports democracy, human rights, women’s rights and minority rights.

According to Kurdish journalist Farman Hidait, the Kurds consider the State of Israel to be their only friend in the region.  We Israelis should not let them down.  Therefore, we should supply the Kurds with the heavy arms that they need in order to fight to obtain independence.   We should utilize the improved relations between Israel and Saudi Arabia in order to build a strategic alliance between the GCC, Israel, the Kurds, and perhaps also France, who has an invested interest in putting a halt to Iranian aggression in Lebanon.   It won’t be hard to convince Mr. Macron that the road to stability in Lebanon travels through stopping the Shia Crescent in Iraq and Syria, which gives Iran a land route from Baghdad to the Mediterranean Sea.   Furthermore, the only way to prevent an additional flow of refugees to Europe is to grant them a safe haven in the Middle East located in Syrian and Iraqi Kurdistan. In addition, with pan-Arab nationalism on the decline in the GCC, the Saudis and other GCC leaders can be persuaded to support the Kurds in the name of stopping Iranian aggression in the Middle East.

Therefore, it is time for the Israeli government to be proactive in fighting against Iran by enabling the Kurds to establish an independent state, which will be at the forefront in the struggle against Iran and will significantly help Israel to defend its security.  We should put our money where our mouth is and give the Kurds the weapons that they so badly need in order to defend themselves.  Time is running out.  The Israeli government should act now and form a Kurdish-GCC-French-Israeli alliance to stop Iran ASAP.

Rachel Avraham is a senior media research analyst at the Center for Near East Policy Research and a correspondent for the Israel Resource News Agency.  She is the author of “Women and Jihad: Debating Palestinian Female Suicide Bombings in the American, Israeli and Arab media.”