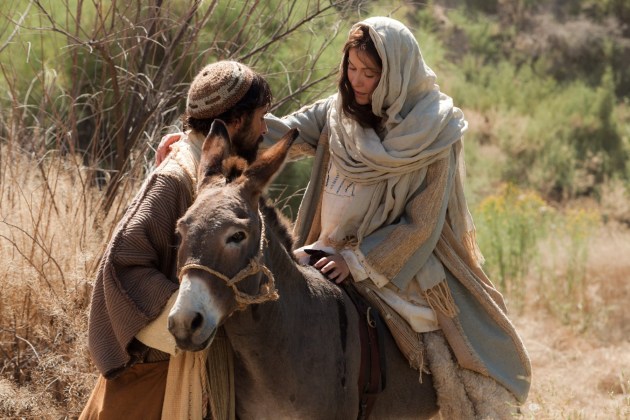 According to UNWRA, “The original story of Christmas began over 2,000 years ago with a family from Palestine seeking refuge.” Their e-mails to supporters that contained these alternative facts were sent this month in order to promote their pro-Palestinian political agenda and to raise funds for Palestinians. It is a cynical and brazen piece of propaganda using the ultimate Christian story in order to raise money for Palestinian Muslims.

Jesus a Palestinian? I am sure you haven’t heard that one before. Mary and Joseph refugees? I am not sure that seeking a room at an inn is quite the same as fleeing war or famine but UNWRA are re-writing history here so aren’t too worried about insignificant little details like facts.

Palestine (Syria Palestina) is the name given to Israel by the Romans at least one century after the death of Jesus. UNWRA is using Christianity and a distortion of truth to make a political point and to ask for donations.

New Zealand taxpayers spend one million dollars per year on UNWRA and our government have never publicly criticised them (except, maybe for the comments McCully made when he was interviewed in front of the Jewish community in 2017 and asked about his thoughts on UNWRA enabling Hamas terrorists).

Read the e-mails for yourself:

The original story of Christmas began over 2,000 years ago with a family from Palestine seeking refuge. In that spirit, we’re collecting gifts this month to help refugees not only survive, but thrive.

In case you missed last night’s email, for a limited time, all donations made online will be doubled up to $75,000! Choose your gift and donate now before the match expires.

Thank you for your consideration and for the investment you will make in the lives of Palestine refugees. Wishing you and your loved ones health, happiness, peace, and prosperity in 2018 and always!

As protests, violence, and insecurity continue to erupt throughout the Middle East, Palestine refugees are more vulnerable than ever. Amidst this turmoil, UNRWA continues to serve Palestine refugees in the West Bank, including East Jerusalem, Gaza, Jordan, Syria, and Lebanon.

Given these challenges, Palestine refugees are counting on you, <<First Name>>, to fill the gap. Below are four tax-deductible gifts which are now being doubled, that you can donate to invest in a better future for Palestine refugees in 2018. That means your $140 donation would become $280, putting food on the table for twice as many Palestine refugee families. Choose your gift:

Thank you, again, for supporting UNRWA USA, and in doing so, serving the rights and dignity of Palestine refugees, <<First Name>>.

And a Merry Christmas to all those celebrating this weekend!
In gratitude and solidarity,
Abby Smardon
Executive Director