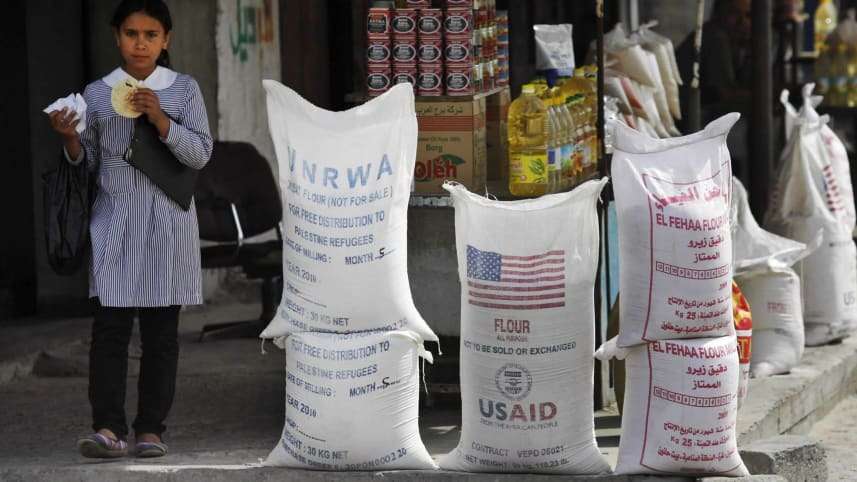 [By no small coincidence, Belgium coordinates the funding for the war curriculum school books of the Palestinian Authority and UNRWA -David Bedein]

Belgium has stepped in to help out the UN Agency assisting Palestinian refugees with an immediate disbursement of $23 million Wednesday a day after the Trump administration suspended $65 million in aid for the international organization.

Belgian Deputy Prime Minister Alexander De Croo said Wednesday that “for a lot of Palestinian refugees, the UNRWA is the last life buoy.” Among the group’s projects are helping half a million children get an education and fending off attempts to radicalize them.

De Croo said he was responding to a global fundraising appeal from UNRWA in hopes of making up for funding cuts announced by the United States. The 19 million euros is Belgium’s allocation for three years but because of the group’s immediate need, De Croo’s office said it will be “disbursed immediately.”

The UN Palestinian aid agency has laid off dozens of teachers in East Jerusalem and the West Bank and about 100 workers in 13 refugee camps in Jordan, citing a delay in the transfer of $125 million from the United States that was due in recent weeks.

The United States will withhold $65 million from a payment it was scheduledto transfer this month to the UNRWA, a U.S. official said Tuesday. He said that U.S. will provide $60 million in aid, amounting to roughly half the planned sum of $125 million.