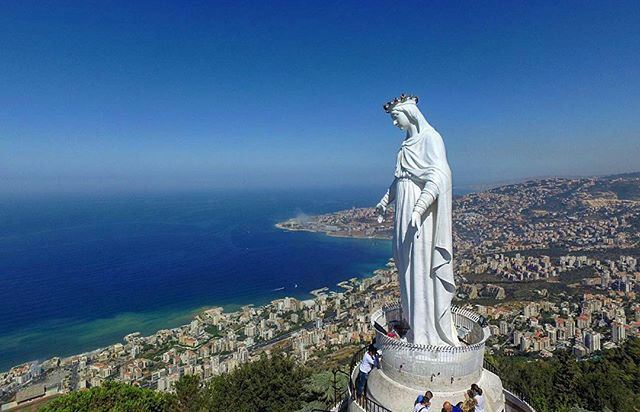 The following thoughts were gleaned from an article published by the daily newspaper HaAretz on February 1, 2018:

The individuals who were responsible for the fiasco of the Second Lebanon War, together with most of the people who are evaluating its results today, make a claim that would appear to be unassailable: Israel’s military victory in 2006 may have been only partial, but time has shown that Israel achieved the primary goal of the war, many years of quiet on the northern border.

Anyone who is being honest with himself, however, knows that this is an illusion; it’s the quiet of those who prefer to bury their heads in the sand, and it came at a heavy price.

Israel allowed Hezbollah to smuggle in more than 150,000 missiles and rockets into Lebanon. These include thousands of precision-guided rockets that, at the stroke of Iran’s fancy, could hit hundreds of strategic targets throughout Israel. They could cause thousands of casualties, destroy civilian and military installations and significantly debilitate the nation’s economy and morale, to name just a few effects. Most of these projectiles were smuggled in under Likud governments, that is to say on Prime Minister Benjamin Netanyahu’s watch. “Silence is filth” and “give up blood and soul,” wrote Ze’ev Jabotinsky — (“my teacher and mentor,” Netanyahu calls him) — about this kind of quiet.

This false quiet on Hezbollah’s part doesn’t stem (solely) from Israeli deterrence; it is aimed at allowing the organization to complete its mission undisturbed: that is, to place in Lebanon strategic weapons aimed at Israel’s inhabitants and wait for the order.

Hezbollah rightly assumes that Israel, unlike it, would never indiscriminately hit a civilian population, certainly not in Lebanon, and would never “send Lebanon back to the Stone Age.”

In addition to Israel’s natural reluctance to commit such acts, Lebanon has an international layer of defense that falsely distinguishes between the country of Lebanon, which is ostensibly innocent of malicious intent, and Hezbollah, before which the state is helpless.

Hezbollah’s assumption proved Israel’s policy of containment has turned its citizens into the hostages of a cruel, unconstrained terror organization that is operated by a power filled with hatred for Jews which openly threatens to destroy the Jewish state with impunity. The sporadic bombardments in Syria of Iranian convoys carrying rockets to Lebanon are just pyrotechnics. They destroy scores of rockets, while hundreds and thousands continue to reach Hezbollah.

Israeli army headquarters is ready for D-Day, but refuses to admit, even to itself, the consequences of restraint: The longer the decision is delayed, the higher and more painful the price will be. And if we also “grant” our enemy the “right” of first strike, as is our wont, the price will be unbearable. What would a counterstrike achieve? After all, Israel has still not recovered from the national trauma of the 1973 Yom Kippur War.

The Israeli government, preferring a sit-and-do-nothing policy — apart from an occasional slap here and there — has not gotten any closer to peace. On the contrary, its containment policy has allowed Iran and Hezbollah to prepare for war.

The moderate, cautious and defensive general staff — which during the past three wars in the Gaza Strip did not even pursue a victory — is a partner to this historical and strategic failure. Only recently, after a critical delay, were there signs of a change in direction. Statesmen and military figures are beginning to realize that the price of “and the land had rest [supposedly]” could exact a bloody price that the nation cannot endure. In such circumstances, everyone among us who is trying to block the measures that are necessary to avoid another national trauma by calling such steps “a war of choice” is making a bitter mistake. If their opposition is accepted, they and those they influence are liable to cause the nation an eternal tragedy”