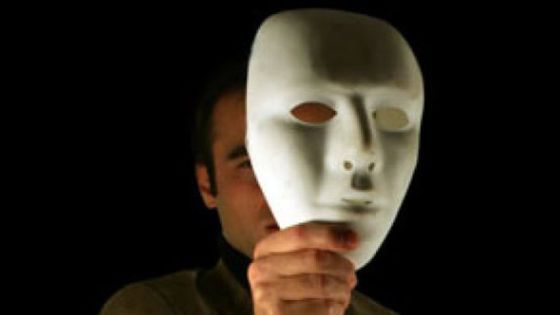 Whether physically covering someone’s face or more often than not concealing their real agenda via clever deceit unless unmasked, the end result can be disastrous and fatal. This is the lesson we derive from the Festival of Purim which Jews worldwide celebrate shortly. In the days of Mordechai and Esther the Jewish Communities of Persia and its empire faced annihilation as a result of policies successfully hatched in secret by those dedicated to a campaign of boycotts, vilification and delegitimisation of a minority they despised.

Thanks to the courageous actions of a few the evil decree was thwarted and those planning the intended genocide were unmasked and their real intentions revealed.

If we fast forward to the times we live in it soon becomes apparent that nothing much has changed. Whether living in countries of dispersion or gathered back in our ancient homeland we still are confronted by individuals, groups and nations which work overtime to inflict harm on us. Like the Haman’s of old they often disguise their desires behind masks of civility and manage to confuse and fool all and sundry. Whether speaking from the podium of the United Nations and other forums or utilizing the power of social media the message is the same. Sometimes it is blatantly obvious but more often it is hidden behind a façade designed to confuse. Like Ahasuerus of Persia the world today refuses to recognize reality.

It has become a traditional custom on Purim to not only wear costumes and masks but also to stage skits containing outrageous parodies on various subjects. These performances, full of wit and biting sarcasm, are nevertheless very relevant to modern-day events.

In the spirit of Purim therefore I present some current real life happenings, all of which believe it or not are true.

Where would we be without the UN performing as the theatre of the absurd?

President Abbas, in his thirteenth year of a 5 year term, performed in front of the UN Security Council. His speech, dripping with falsehoods and distortions, was audacious in its scope. Here are just a few choice excerpts:

Seventy years have passed since Palestine’s Nakba, from which 6 million Palestine refugees continue to suffer from the cruelty of exile and loss of human security. They continue to wander the world after the loss of their peaceful and stable lives in their homeland.

We are the descendants of the Canaanites that lived in the land of Palestine 5,000 years ago and continuously remained there to this day.

The Palestinian people built their own cities and homeland and made contributions to humanity and civilization witnessed by the world. They established institutions, schools, hospitals, cultural organizations, theaters, libraries, newspapers, publishing houses, economic organizations, businesses and banks, with wide regional and international influence.

…..the enormous sacrifices by our people of that dearest to them, among them our martyrs, wounded and prisoners.

We are here because of the Palestinian side’s desire to continue working positively and courageously in the building a culture of peace, rejecting violence

We have thus been committed to fostering a culture of peace, rejection of violence, pursuit of sustainable development and the building of schools, hospitals, industrial zones, agricultural farms and technological production, as opposed to establishing weapons factories and purchasing tanks and fighter jets, for we wish for our people to live in freedom and dignity, far from wars and destruction and far from terrorism and extremism….

Watch this short video produced by MEMRI and judge for yourselves how Abbas and his friends are “fostering a culture of peace.”

As soon as he finished blaming everyone except himself, Abbas scuttled out of the chamber no doubt fearful of facing some home truths.

Compounding this pathetic performance at the UN was the enthusiastic applause from all those assembled there (except the USA and Israel). This is yet another classic case of hypocritical double standards coming just in time for Purim. Stand by for a further coming attraction when Jimmy Carter will be performing in a supporting role at the same discredited venue.

A Palestinian diplomat speaking to students at the United Nations headquarters in New York told them the Palestinians were proud to be throwing stones at Israeli forces and will continue teaching their children to do so. The Palestinian diplomat told the students about his own past as a stone-thrower during the first intifada. “I was in high school. I never missed an opportunity to throw stones. This is our life. We develop our resistance every day. We’re proud of it,” he said.

He was speaking to a group of international relations students from McGill University who were at the UN for a tour and a series of meetings as part of their program.

WHAT’S IN A NAME?

This is too good to ignore. Courtesy of PMW here is a perfect demonstration of the sickness permeating Palestinian Arab society.

It does not take much effort to see through the masks disguising the incitement lurking in the midst of the fake Canaanites. Unfortunately the rest of the world is blind and deliberately oblivious.

As we celebrate Purim this year we should remember that eliminating evil designs against Jews is a continuing task.