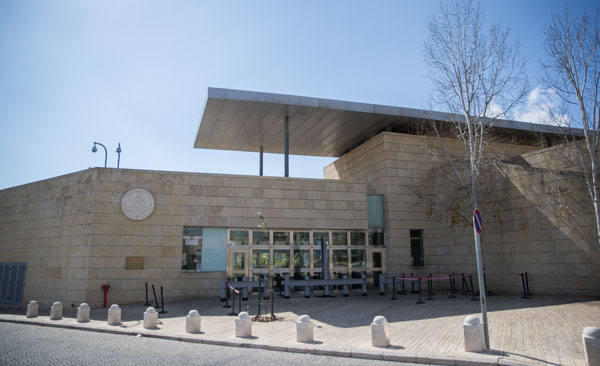 In the northern hemisphere spring is arriving. In Israel it has sprung but in parts of the USA and in Europe/UK the winter thaw is delayed…writes Michael Kuttner.

Spring usually heralds pollen and hay fever. This year it also seems to have brought other airborne maladies which afflict in particular politicians and those anointed to leadership positions. We should be used by now to the erratic ramblings of those whose names appear on a regular basis in the news media but somehow the current seasonal change has produced a record crop of allergic and asinine behaviour.

Recently Israeli scientists announced that they had found proof of “dark matter.”

Those of us involved in Israel advocacy have actually known for a long time that “dark matter” exists and recent events have only confirmed our deepest suspicions.

The father of the Polish Prime Minister proved that when it comes to the Holocaust and Jews, black holes swallow historical truths and illustrate that there is no limit to spring time madness. Widely quoted he claimed, presumably with a straight face, that Jews in Poland were not forced into ghettos by the Germans but instead they went voluntarily and willingly by themselves in order to “get away from nasty Poles.” Well- he got one thing right. There were indeed a large number of nasty Poles but to claim that Jews eagerly looked forward to being turfed out of their homes and relocated to ghetto slums is to indulge in revisionist history of the grossest kind.

His son, the current Prime Minister, proved that the apple does not fall far from the tree, when he asserted in Munich of all places that there had been Jewish perpetrators of the Holocaust alongside German, Ukrainian, Russian and Polish citizens.

The resulting fallout has put the Polish Government in damage control mode but there is really nothing they can do to repair the dark matter which has been released.

Our glorious “peace partner” has definitely imploded and lost the plot. As the transfer of the US Embassy draws ever closer he and his colleagues have demonstrated how unfit and unsuited they are to lead any sort of independent State. From embracing terrorists and their families to funding them and promoting hate education the litany of lies and outrageous revisionist fiction flows forth unabated. After the recent murder of Jewish Israelis the silence from Ramallah is deafening. When this simple fact was pointed out by the US Ambassador to Israel, the response of Abbas was to call him a “son of a dog” and an anti-Semite settler supporter.

Logic has long since ceased to be a component of discourse with the kleptomaniac rulers in Ramallah. That being the case one has to wonder why there are still some Jewish leaders who do not “get it.” No sensible Israeli expects any sort of realistic reaction from the international community when it comes to the antics from Abbas but when respected Jewish individuals dish out the same rubbish we know that spring madness has definitely taken hold.

Ronald Lauder the President of the World Jewish Congress recently penned an op-ed. in the New York Times. With all the life threatening matters facing Jewish communities around the world these days one would have thought that he had plenty on his plate to deal with. Instead, pontificating from the luxury of his New York office, he dished up a concoction which the anti Israel media love to publish, especially from prominent Jewish leaders. Lecturing us like naughty school children he virtually demanded that we continue with the already failed two State solution and retreat back to the “Auschwitz” armistice lines with all that implies. Oblivious to the fact that these lines are an open invitation to lethal terror and that the airport and Israel’s Capital would be in the crosshairs he nevertheless urged Israelis to commit suicide as soon as possible.

This is the same “macher” who in the 1990’s worked behind the scenes to return the Golan to the murderous Assad Syrian regime. Back then it was also for our “benefit” and in the interests of “peace.”

Given current realities it does not take a genius to work out what sort of a pickle we would be in today if Mr. Lauder had succeeded in selling us out to the “peace loving” Syrians. Why should we have any more faith in his advice today?

The amazing thing is that despite every outrageous act by Abbas and his cohorts, leaders like Mr. Lauder can still hallucinate that handing over Judea and Samaria to the likes of Fatah and Hamas remains the only feasible solution to our conflict. One would have thought that by now the President of the WJC would have internalised the fact that the real obstacle to peace is not the settlements but the refusal of the Arab and Islamic world to recognize the validity of a Jewish presence here.

When was the last time that Mr. Lauder visited Judea and Samaria and talked to the Israeli citizens living there?

When did he visit a grieving family there who had lost a father, a mother and where orphans mourned? These people were murdered by those to whom he wants to hand over parts of our homeland. Has he ever visited those places where Jews have returned after being expelled and murdered before 1948?

Instead of moving in the rarified bubble of the USA or the Capitals of the world, instead of hobnobbing with politicians at the Knesset, perhaps Mr. Lauder could meet the families who are reclaiming our ancient land and re-establishing thriving communities where once our ancestors lived. He might then get an appreciation of the strategic, historical and legal rights which give us title to the heart of our country.

Rather than trying to pander to those who hate the idea of a Jewish presence here perhaps he could concentrate on real threats to world peace, examples of which abound on all sides.

This video from Honest Reporting sums up the situation. Perhaps someone could send it to Mr. Lauder so that instead of promoting suicide pacts he could speak louder against the establishment of a terror State in our very midst.