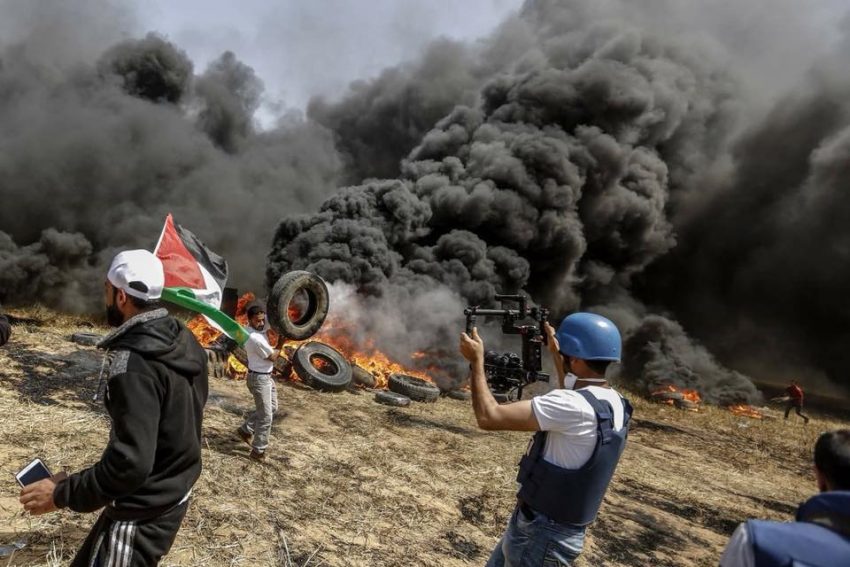 The death of Yasser Murtaja in the Great March of Return

According to Israeli security sources, press photographer Yasser Murtaja was a Hamas operative. According to the same sources, he served for years as an officer with the rank of captain in the Hamas security services in the Gaza Strip. The same sources added, based on information that they possess, that he was an operative who was active in the security services on a daily basis and greatly assisted them in their activity. The same security sources added that in March 2015, Murtaja attempted to bring a drone from Israel to the Gaza Strip to collect preliminary intelligence before operations by the Hamas security services. Of late, Yasser Murtaja continued to work with senior Hamas internal security officials in the Gaza Strip, many of whom made condolence calls at his family’s home (Walla News website, article by Amir Bohbot, April 10, 2018). The conclusion of the examination conducted by the ITIC after Operation Protective Edge was that the list of “the 17 journalists who were killed” was a manipulative list designed to support the false claim that Israel had deliberately killed a large number of journalists, thereby committing a “war crime” (for which the Palestinians demanded that the “murderers” be brought to trial in international courts). All this was part of the tactics of deception and deceit carried out by Hamas and its affiliated bodies on the lists of Palestinians killed in Operation Protective Edge, as part of the political, propaganda and lawfare campaign against the State of Israel. The campaign currently being waged in the case of Yasser Murtaja is a current manifestation of these tactics.

Abdullah Murtaja, a Hamas media man and military operative who was killed in Operation Protective Edge (a member of the same clan as Yasser Murtaja)[2] Abdullah Murtaja, member of the military information unit of the Izz al-Din al-Qassam Brigades, appearing in a video reading his will. After reading his will, Abdullah Murtaja notes that he belonged to the Shejaiya Battalion (the Gaza City Brigade) of the Izz al-Din al-Qassam Brigades (YouTube, October 30, 2014). A document published by the Palestinian Ministry of Information did not mention Murtaja’s military identity and claimed that he was a journalist who worked at civilian media companies. Murtaja’s name was included on the list of 17 journalists that the Palestinian Journalists Syndicate claimed had been killed in Operation Protective Edge. On October 7, 2014, Yasser Murtaja (who was killed during the events of the Great March of Return) shared a post on Facebook showing a photo of Abdullah Fadel Murtaja in the uniform of the Izz al-Din al-Qassam Brigades. The post reads: “Allah have mercy on you, commando operative, we miss your smile” (Yasser Murtaja’s Facebook page, October 7, 2014)