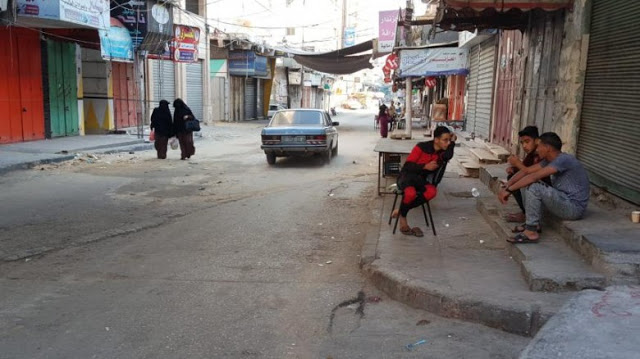 Arabic media are reporting that a general strike has been declared for all of Gaza today and tomorrow, to facilitate everyone to break through the border to Israel for the culmination of the “Great Return March” riots.

The “Coordinating Committee for Return and Breaking the Siege” announced the strike, issuing a statement saying that “”the strike will include official institutions, popular and commercial sites and all aspects of daily life, including the institutions of the United Nations Relief and Works Agency for Palestine Refugees (UNRWA.)”

RT Arabic adds that the streets in Gaza towns and neighborhoods have become empty after shops, government and private institutions have closed their doors.

It seems apparent that this committee is really part of Hamas, because no one would be able to close government institutions in Gaza without Hamas support.

From what is being reported, it appears that UNRWA is indeed participating in these strikes.

This means that the UN is actively participating in Hamas-organized anti-Israel riots and that UNRWA, against its own policies, is engaging in political activity – and encouraging violent activity – against Israel.

Just another question for reporters to avoid asking during UNRWA’s next press conference announcing how they managed to convince another nation to donate a couple of million dollars to an organization that violates the UN’s own rules of non-partisanship every day.