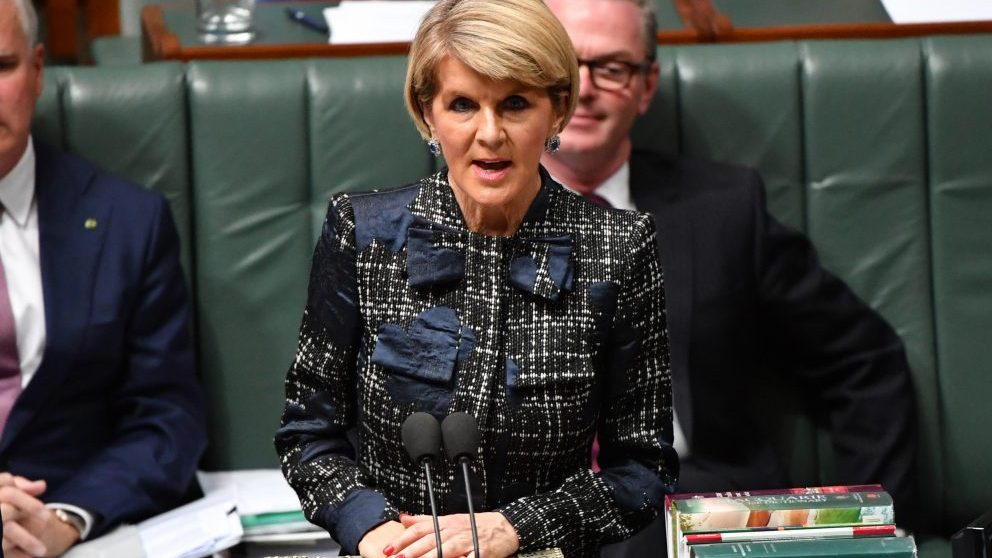 Of the $43.8 million in aid Australia is providing to the Palestinians this financial year, $10 million is going to the PA, which does not hide the fact that it provides payments to terrorists in Israeli jails and their families, and families of terrorists who have been killed.

$20 million will go the UN Relief and Works Agency (UNRWA), which spends significant funds buying PA textbooks for the 515,260 students in its schools.

A recent report from the Centre for Near East Policy Research in Jerusalem concluded none of the books “advocates peace and coexistence with Israel, or hints at the possibility of solving the conflict peacefully”. It said the books present only one solution to the conflict, namely “violent struggle for the liberation of the whole of Palestine”.

Centre director David Bedein said Australia and other Western countries should demand the books aren’t bought with their aid dollars.

“Bishop should be concerned about textbooks, and about teachers that encourage terrorism, being funded through Australia and other Western countries,” he told The AJN.

It comes as Executive Council of Australian Jewry president Anton Block said it was “hardly likely” the PA will reply honestly about the use of Australian aid, adding Bishop “needs to do more than simply write a letter”.

“If aid money is being diverted, it is hardly likely that she would receive an honest reply,” he said.

“DFAT is supposed to have in place the most stringent forensic auditing procedures to guard against any such abuse. If there is still any doubt about the matter, then the delivery of the entire aid program to the Palestinians needs to be reconsidered.”

Australia/Israel & Jewish Affairs Council executive director Colin Rubenstein said a government review into PA funding “is both timely and necessary to ensure that Australian dollars are not being diverted to incite terrorism”.

“Our government must send a clear message to the Palestinian Authority that Australia finds its ‘pay to slay’ payments morally repugnant, and that such payments will not be tolerated,” he said.

In the US, the Taylor Force Act was signed into law in March this year to cut aid to the PA until it ceases the payments.

Tasmanian Senator Eric Abetz, who asked tough questions about Australian aid to the PA in Senate Estimates last week, welcomed the letter in a statement, saying it will hopefully apply pressure to the PA “to end this murderous program”.
“The Palestinian Martyr Fund not only encourages murder and terror attacks, it is a major barrier to peace,” he said.

During estimates, Abetz said foreign aid received by the PA “frees up money for the terrorist activities” and also questioned whether families of Hamas and Islamic Jihad terrorists killed in the recent Gaza border clashes would be entitled to PA payments.

The issue of the textbooks also came up during the Senate Estimates, with NSW Liberal Democrats Senator David Leyonhjelm questioning their suitability in light of Australia’s UNRWA funding.

“Palestinian Authority textbooks adopted by UNRWA, I am told, talk about the extermination of Israel’s surviving Jews,” he said, asking, “Is our aid facilitating the Middle East peace process, is it funding anti-Semitic teaching, or is it funding terrorism?”

Leyonhjelm also questioned the links between Hamas and UNRWA, including Hamas members teaching in UNRWA schools and the group’s control of the UNRWA Workers Union.