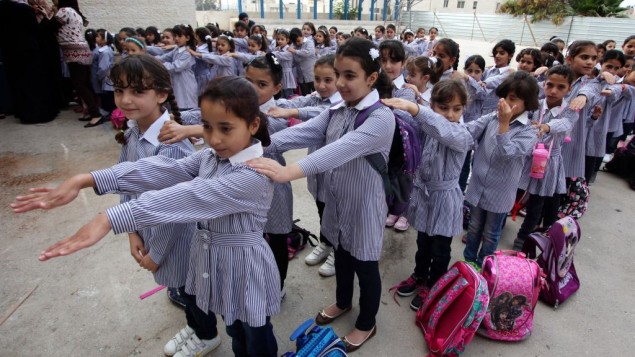 WASHINGTON, D.C. – Congress has introduced a bipartisan bill to annually review whether educational resources used in Palestinian schools continue to encourage “violence or intolerance toward other nations or ethnic groups.”

Despite being reformed in 2016 and 2017, Palestinian curriculums for grades 1 through 11 “fail to meet the international standards of peace and tolerance in educational materials established by the United Nations Educational, Scientific and Cultural Organization.” The bill will mandate the secretary of state to monitor the PA curriculum through internationally recognized standards of peace and tolerance which includes promoting respect, peacemaking, gender equality, sound prosperity and cooperation, unbiased information, and free from wording and illustrations that condone hatred for others. Instead, when IMPACT-se reviewed Palestinian textbooks last year, it found key findings in the textbooks such as:

Israeli Minister of Internal Security Gilad Erdan tweeted that UNRWA “says it needs $217,000,000 to run schools for Palestinian children, and the PA wants the United States to help foot the bill. However, the PA has stated that if forced to choose, it will pay salaries to terrorists rather than for the education of Palestinian children. The PA spent seven percent, or $358 million, of its total 2017 budget on payments to terrorists and their families. In 2016, it spent $322 million on terrorists’ stipends. Much of that aid—an average of $335 million annually over the last five years-came from the United States. However, since the Taylor Force Act became law this year, the Trump administration will defund the PA until they cease and denounce funding and support for terrorists and their families for acts against Israel and the United States.

“I applaud Congress for introducing the Palestinian Authority Educational Curriculum Transparency Act to help stop the Palestinian Authority from grooming innocent children to become terrorists,” said Mat Staver, Chairman of Liberty Counsel, President of Christians in Defense of Israel, and Founder and President of Covenant Journey. “Children should be taught life skills so they can have long and productive lives, not become martyrs of death in order to harm Israel and America. I am grateful to President Trump who was willing to set the tone and do the right thing regarding terrorism and defund the Palestinian Authority. We must continue to stand up to its bullying and not allow our tax dollars to promote and fund terrorism,” said Staver.

Only one catch: So far, the US government is not allowing the US Congress to even report its own findings from the scathing congressional report on PA/UNRWA education.