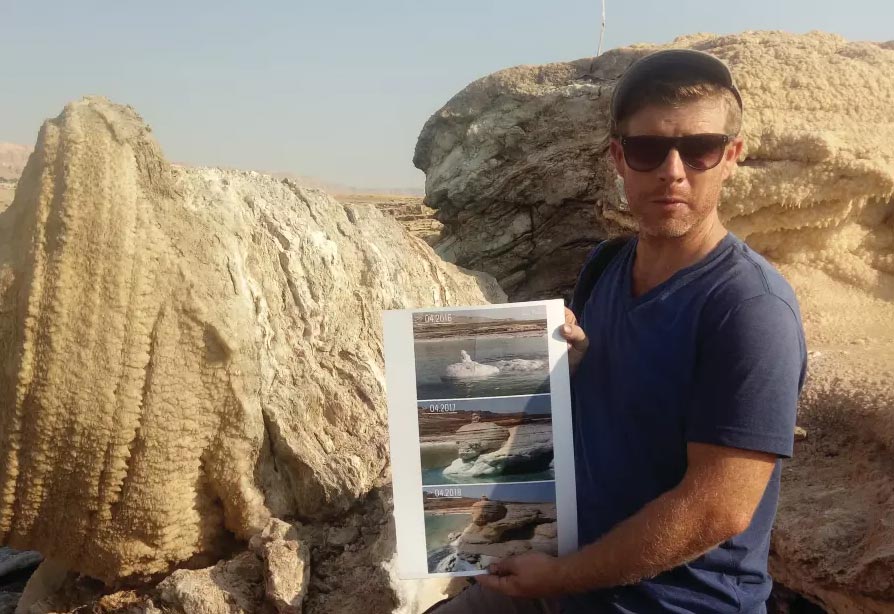 Don’t look back now, Mrs. Lot. The entire Dead Sea is disappearing. The salt pillar commonly described in Israel as Lot’s wife, the biblical character punished for turning around to see the divine destruction of Sodom and Gomorrah, teeters precariously near the southern part of the Dead Sea. However, the kidney-shaped body of water once seen on postcards and maps no longer exists. The northern part of the sea is completely separate from the southern half, where the hotel and tourism areas can be found and whose water is now a series of industrial evaporation pools.

I traveled to what is known in Hebrew as Yam Hamelah, the Salt Sea, with my son during the Sukkot vacation last week, only half joking that I wanted to see it while it still exists.