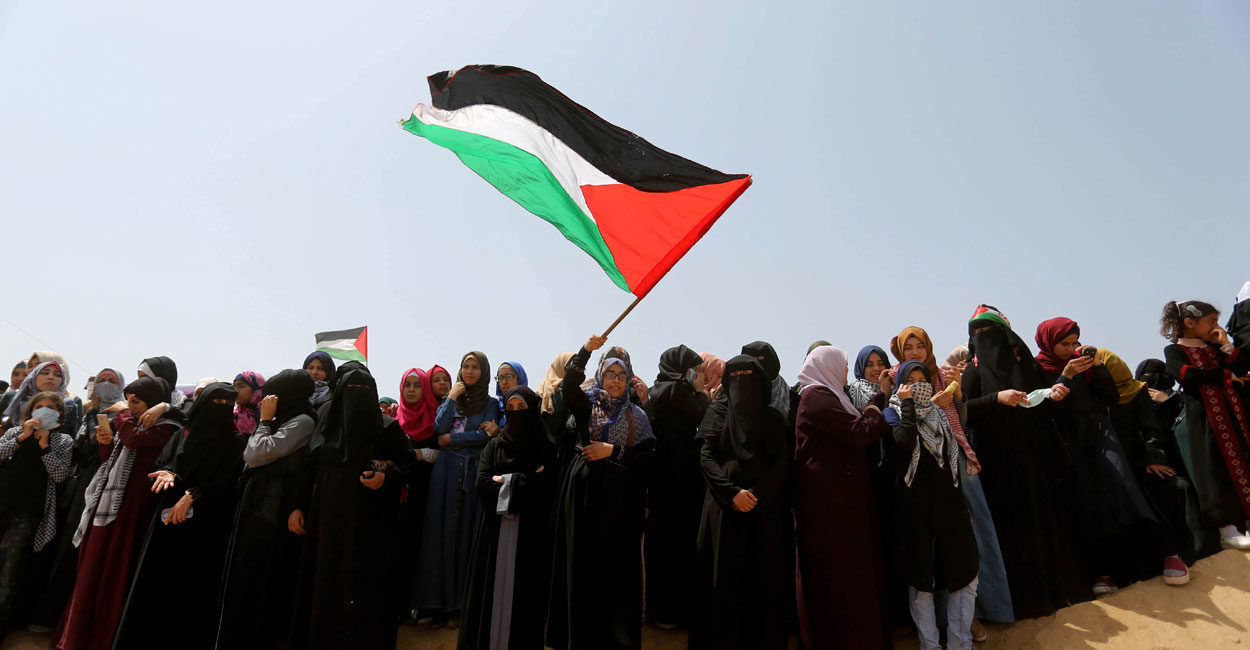 The Palestinians claim that they are an ancient and indigenous people fails to stand up to historic scrutiny. Most Palestinian Arabs were newcomers to British Mandate Palestine. Until the 1967 Six-Day War made it expedient for Arabs to create a Palestinian peoplehood, local Arabs simply considered themselves part of the ‘great Arab nation’ or ‘southern Syrians.’

Palestinian Arabs cast themselves as a native people in “Palestine” – like the Aborigines in Australia or Native Americans in America. They portray the Jews as European imperialists and colonizers. This is simply untrue. Until the Jews began returning to the Land of Israel in increasing numbers from the late 19th century to the turn of the 20th, the area called Palestine was a God-forsaken backwash that belonged to the Ottoman Empire, based in Turkey.

What caused the collapse of Palestinian society? In addition to serious cleavages dating to Ottoman times that existed in local Arab society, it was the absence of an alternative Arab infrastructure after the British pulled out of Mandate Palestine. Because Palestinian Arab society had been so dependent on British civil administration and social services, Britain’s departure left Arab civil servants jobless. As a result, most social services and civil administration ceased to function in the Arab sector, disrupting the flow of essential commodities such as food and fuel, which added to their hardships and uncertainties.

The collapse of the agricultural system with the influx of nomadic tribes after the Arab conquest that created malarial swamps and denuded the ancient terrace system eroding the soil, was coupled by a tyrannous regime, a crippling tax system and absentee landowners that further decimated the population. Much of the indigenous population had long since migrated or disappeared. Very few Jews or Arabs lived in the region before the arrival of the first Zionists in the 1880s and most of those that did lived in abject poverty.

Most Arabs living west of the Jordan River in Israel, the West Bank (Judea and Samaria) and Gaza are newcomers who came from surrounding Arab lands after the turn of the 20th century because they were attracted to the relative economic prosperity brought about by the Zionist Movement and the British in the 1920s and 1930s.

Family names of many Palestinians attest to their non-Palestinian origins. Just as Jews bear names like Berliner, Warsaw and Toledano, modern phone books in the Territories are filled with families named Elmisri (Egyptian), Chalabi (Syrian), Mugrabi (North Africa). Even George Habash – the arch-terrorist and head of Black September – bears a name with origins in Abyssinia or Ethiopia, Habash in both Arabic and Hebrew.

Palestinian nationality is an entity defined by its opposition to Zionism, and not its national aspirations.

What unites Palestinians has been their opposition to Jewish nationalism and the desire to stamp it out, not aspirations for their own state. Local patriotic feelings are generated only when a non-Islamic entity takes charge – such as Israel did after the 1967 Six-Day War. It dissipates under Arab rule, no matter how distant or despotic.

A Palestinian identity did not exist until an opposing force created it – primarily anti-Zionism. Opposition to a non-Muslim nationalism on what local Arabs, and the entire Arab world, view as their own turf, was the only expression of ‘Palestinian peoplehood.’

The Grand Mufti Hajj Amin al-Husseini, a charismatic religious leader and radical anti-Zionist was the moving force behind opposition to Jewish immigration in the 1920s and 1930s. The two-pronged approach of the “Diplomacy of Rejection” (of Zionism) and the violence the Mufti incited occurred at the same time Lebanon, Syria, Transjordan and Iraq became countries in the post-Ottoman reshuffling of territories established by the British and the French under the League of Nation’s mandate system.

The tiny educated class among the Arabs of Palestine was more politically aware than the rest of Arab society, with the inklings of a separate national identity. However, for decades, the primary frame of reference for most local Arabs was the clan or tribe, religion and sect, and village of origin. If Arabs in Palestine defined themselves politically, it was as “southern Syrians.” Under Ottoman rule, Syria referred to a region much larger than the Syrian Arab Republic of today, with borders established by France and England in 1920.

The Grand Mufti Al-Husseini’s aspirations slowly shifted from pan-Arabism – the dream of uniting all Arabs into one polity, whereby Arabs in Palestine would unite with their brethren in Syria – to winning a separate Palestinian entity, with himself at the helm. Al-Husseini was the moving force behind the 1929 riots against the Jews and the 1936-1939 Arab Revolt against two non-Muslim entities in Palestine – the British and the Jews. He gathered a large following by playing on fears that the Jews had come to dispossess, or at least dominate the Arabs.

Much like Yasser Arafat, the Grand Mufti’s ingrained all-or-nothing extremism, fanaticism and even an inability to cooperate with his own compatriots made him totally ineffective. He led the Palestinian Arabs nowhere.

The countries the British and French created in 1918-1922 were based largely on meridians on the map, as is evident in the borders that delineate the Arab states today. Because these states lack ethnic logic or a sense of community, their opposition to the national aspirations of the Jews has come to fuel that fires Arab nationalism as the ‘glue’ of national identity.

From the 1920s, rejection of Jewish nationalism, attempts to prevent the establishment of a Jewish homeland by violence, and rejection of any form of Jewish political power, including any plans to share stewardship with Arabs, crystallized into the expression of Palestinianism. No other positive definition of an Arab-Palestinian people has surfaced. This point is admirably illustrated in the following historic incident:

Why hasn’t Arab representative government ever been established in Palestine, either in 1948 or during the next 19 years of Arab rule? Because other Arabs co-opted the Palestinian cause as a rallying point that would advance the concept that the territory was up for grabs. Adherents to a separate Palestinian identity were a mute minority on the West Bank and Gaza during the 19 years of Jordanian and Egyptian rule – until Israel took control from the Jordanians and the Egyptians in 1967. Suddenly a separate Palestinian peoplehood appeared and claimed it deserved nationhood – and 21 other Arab states went along with it.