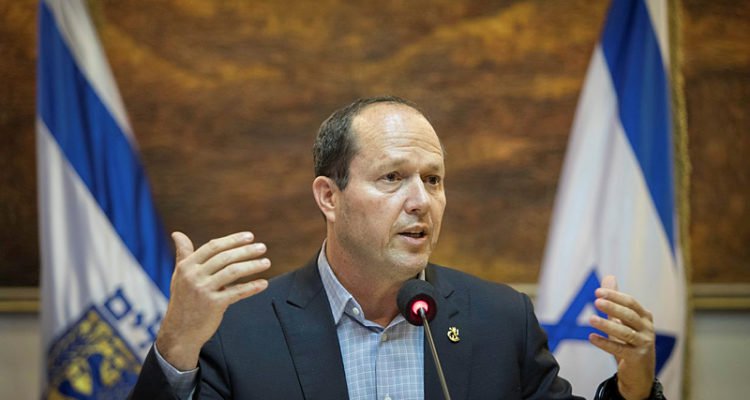 Barkat arrived on Tuesday afternoon to supervise the municipal employees, declaring, “The era of UNRWA in Jerusalem is over. The time has come to stop the refugee lie in Jerusalem. There are no refugees in our city, only residents.”

“They must receive their services from the municipality like any other resident. We are implementing the first phase of the UNRWA evacuation plan by taking responsibility for the cleanliness of [Shuafat], and in the near future, together with the government, we will also provide education, welfare, and health services there until full sovereignty is achieved,” Barkat explained.

The move was met with sympathetic responses on social media by local residents, who have complained for years about UNRWA’s abysmal services.

Among the responses were: “At last … may Allah help them”, “the smell of the carcasses and the rotting dead reached all the way to Amman,” “good luck”, “the public should also help,” “good, they should continue this regularly,” “inshallah it will always be like that, well done,” “they should be given double salary,” and “well done, but people must help keep it clean.”

“The Municipality will gradually replace all the inadequate services currently provided by UNRWA in the areas of sanitation, education, welfare and health services by the far superior services of the Jerusalem Municipality,” announced a statement from Barkat’s office on Tuesday.

“The entry of municipal cleaning workers, which began today, is the first stage in implementing this plan, which is under the full authority of the municipality and is not dependent on government ministries.”

This step is part of Barkat’s plan to completely remove UNRWA from Jerusalem, which he hopes will demonstrate that the Palestinian “refugees” living in his city are in reality normal residents of Jerusalem entitled to all of the benefits and rights to which other residents of Israel are entitled.

The sanitation workers reportedly found hundreds of tons of garbage and construction waste.

The move comes after US President Donald Trump slashed hundreds of millions of dollars in UNRWA funding, leaving the agency on the brink of financial collapse.

Critics of the agency point to UNRWA’s role in Hamas’ reign of terror in the Gaza Strip, the extent to which UNRWA schools’ curricula promote anti-Semitism and incite terror, and the vast, endemic corruption surrounding the services it is supposed to provide to Palestinians.