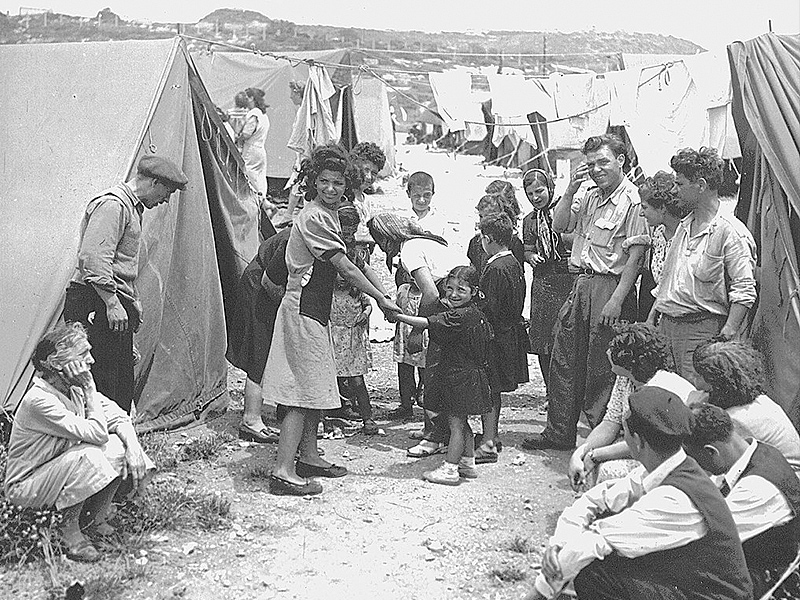 There are two very important events commemorated in Israel at the end of November which the rest of the world have either deliberately wiped from their collective memory or conveniently decided to distort…writes Michael Kuttner.

On 29 November we recall the historic 1947 United Nations vote to partition what was left of the original British ruled Palestine mandate and create a Jewish and Arab State. The perfidious British had already hacked off the whole of the eastern part of the mandated territory in order to create yet another Arab country as a gift to the Hashemites. What remained was only a sliver of territory designated to be divided again.

Only those old enough to remember those momentous days will recall the drama and tension associated with the debates leading up to the fateful vote at the UN and how Jews in Palestine and throughout the world listened with bated breath as the proceedings were broadcast live on shortwave radios. The battle to secure enough votes in order to pass the resolution with a two-thirds majority took place behind the scenes. It was touch and go whether those in favour of partition would be successful. In order to get a sense of the dramatic events as they unfolded watch this short video which sets the scene:

Back then Australia and New Zealand both voted “yes.” If the vote took place today it is doubtful that the latter given its recent record would do so again.

What subsequently took place set the scene for mass riots, terror and self-inflicted Arab disasters. Setting a precedent for the next seventy years of rejectionist behaviour Arab and Moslem countries set out to abort the creation of the UN-sanctioned decision. Rather than grasping the opportunity to establish yet another Arab State in post-mandate Palestine they instead concentrated all their efforts in thwarting it. This is the origin of the “Nakba” catastrophe which today’s terrorist supporters lament and which a hypocritical international community has swallowed in all its revisionist forms.

That is why on the anniversary of 29 November every year we hear a litany of lies emanating from Ramallah, Gaza, Tehran and other peddlers of historical fables. This year is no exception.

The Iranian President touted as a moderate by delusional politicians and commentators stated: “the Zionist entity is a cancerous tumour established by the West.”

These two blatantly poisonous allegations encapsulate the dead end we have arrived at. Seventy years after rejecting the idea of living in peace and harmony with the Jewish State the Palestinian Arabs now championed by Iran still set their sights on blaming others for their misfortune and continue to plot the demise of Israel.

Some members of the international community pretend to be outraged at the language and intentions expressed by Iranian leaders. However, in reality, they still promote trade with it and pander to the terror-sponsoring leadership in Ramallah & Gaza.

Our message on 29 November should be loud and clear: “you missed the boat in 1947 and ever since then – too bad – go and look for your State elsewhere – not in our backyard.”

The second date commemorated in Israel is 30 November which has been designated by the Knesset as the day we remember the 850,000 Jewish refugees forced to flee Arab and Moslem countries from 1947 and especially post-independence in 1948. The rest of the world has completely forgotten about them and prefers instead to be fooled by the ongoing saga of the ever-multiplying numbers of Arab refugees still wallowing in misery.

What happened to the Jewish refugees? They were resettled and absorbed and became productive citizens of the Jewish State. Their confiscated properties, homes and communal buildings are gone forever without one cent ever being offered by the international community as compensation.

What happened to the Arab refugees? Their numbers inflated miraculously from about 270,000 to 600,000 and today according to Arab and UNRWA claims stand at anywhere from 5 to 6 million. Instead of being resettled and rehabilitated they and their descendants in perpetuity remain political hostages to an insatiable desire for the destruction of Israel.

Millions of dollars flow into the bottomless coffers of a UN agency dedicated to the perpetuation of this humanitarian scandal and succeeding generations of Arab refugee children are indoctrinated with hate for Jews and Israel.

It is amazing but not surprising that double standards are once again on display. Why does the UN not demand that Arab/Moslem countries resolve this scandal immediately? Why do countries like Australia and New Zealand still pour taxpayers’ money into this scam of permanent and ever-increasing refugee numbers?

Everyone else may have deliberately erased the memory of the Jewish refugees from their collective memories but Israelis have not.

As we celebrate Chanukah this year let us remember the real reason for its observance. Those who oppress us and desire our demise can never win. The lights of truth will always overpower the darkness of evil. Those are the lessons of our historical experiences and prophetic teachings.