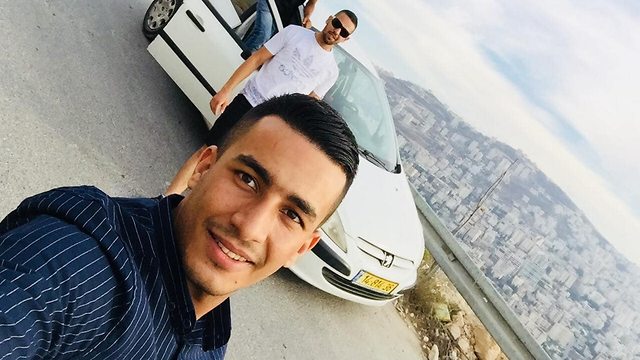 Basem al-Agha, the PA ambassador to Saudi Arabia, opened a mourning tent in the PA embassy building in Riyadh for Ashraf al-Na’alwa, the terrorist who carried out a shooting attack in the Barkan industrial zone, murdering two Israelis (on October 7, 2018). Al-Na’alwa, who escaped after the terrorist attack, died in an exchange of fire with Israeli security forces after a search for him that lasted nine weeks. People who came to the mourning tent to offer their condolences were received by the PA ambassador to Saudi Arabia, Ashraf al-Na’alwa’s brother and the embassy staff (Fatah Facebook page, December 15, 2018). After the opening of the tent the embassy issued a video praising the shaheed al-Na’alwa’s “determination” and “courage.”