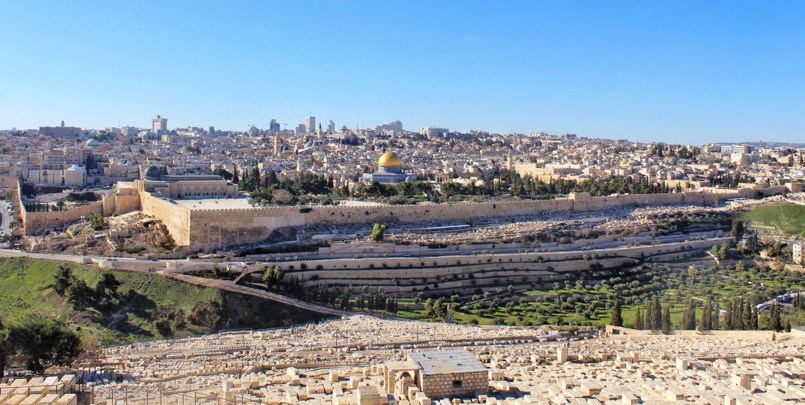 Towards the end of last year, I attended a diplomatic conference in Jerusalem where attendees from the diplomatic corps, media and students of international affairs were present.

Representing a wide cross-section of opinion it was a wonderful opportunity to meet and debate with people of diverse backgrounds and from various countries. During one of the breaks I met and had a long talk with a young man from China who is studying international relations and conflict resolution in Israel. I mentioned that there is no better country to study conflict resolution in all its aspects than Israel. We are on the front line of intractable conflicts which defy any logical solutions and therefore studying the subject here should give one a clear perspective on the subject.

He agreed with me and by the end of our conversation I had piqued his interest sufficiently enough for him to request a follow up meeting at some stage. I gladly agreed to this request and suggested he come out to visit me at my home where he could see for himself how conflicts are being tackled on the ground and how grassroots solutions can perhaps evolve into something bigger.

That is why a few days ago he travelled from Tel Aviv to Jerusalem from where I collected him and brought him out to Efrata in the heartland of Judea.

Harry, who for various reasons, prefers to be called by his adopted English name, is a bright, knowledgeable young man of 27 who was born and lived in a city of six million residents about half an hour’s commuting time from Shanghai. Speaking excellent English and very articulate he represents a younger generation exposed to ideas and a way of life diametrically opposite to the regimented communist environment of China.

Despite his young age, Harry, an only child, has already amassed a wealth of experience and qualifications. Following high school, he left China to attend universities in the USA and soon found himself interning in the American political system with all that implies. Desiring to experience other societies, he also studied at Cambridge University in the UK and with the European Chamber of Commerce in Copenhagen. For a short while, he also interned with the UN back in Beijing which gave him an opportunity to reunite briefly with his parents.

So what was he doing in Israel and why did he choose this country to further his interest in international affairs? Having had no contact with Jews or being exposed to Jewish history, what motivated him to immerse himself in Israeli society? How has his Israeli exposure affected his thinking and what of his future ambitions?

These were the questions I wanted to ask.

Before doing so however, I wanted to show Harry how interpersonal relationships on the ground can generate the seeds of conflict resolution. Rather than instant impractical solutions imposed by political misnamed experts it was important to demonstrate that there is another more realistic approach which has a far better chance of success in the long run. Therefore I took him to a large supermarket where Palestinian Arabs and Israelis, Moslems, Christians and Jews, shop and more importantly work harmoniously together. Instead of theoretical ideas floated in the lecture hall Harry saw what we experience every day. Instead of unemployment and starving families, Palestinian Arab employees are given gainful jobs with social benefits and their families can live in dignity. This is the proven recipe for a future of mutual respect and acceptance which has the possibility of forging co-existence. The fact that this approach is a red flag for the extremists and those opposed to normalization is evident by the frantic demand by the PA leadership urging Arabs to refuse employment offered by Jews and boycott their products.

Seeing reality for himself as opposed to media disinformation opened Harry’s eyes and once I had given him a short summary of Jewish history in an area stretching back over three thousand years he was able to clearly discern fact from fiction.

When I first asked Harry what made him choose Israel to further his studies in international relations he spontaneously responded – “startup nation.” Obviously, there was more to it than just innovative excellence and it soon became apparent that this country in the eyes of many young adults from China offers unique opportunities to see what can be achieved in the face of adversity. How have a scattered and persecuted people been able to resurrect and resuscitate a barren country in such a short period of time? Moreover, how have they managed to propel Israel into the front ranks of nations in so many spheres while facing deadly enmity? Finally, is there any realistic path to conflict resolution which does not reward terror and guarantees democratic freedoms?

These are the conundrums Harry is studying and already certain aspects have become clear.

He is amazed at the diversity he has found here with citizens from a multitude of cultures and ethnic origins to be found in every area of the country’s activities. Tellingly, his exposure to Israel’s bewildering range of political parties and opinions has confirmed him in a long-held belief that diversity and democracy combined with a passionate national agenda to achieve is the recipe for success.

I asked him if he followed any particular faith. His response was “not yet” although his time in Israel had started him thinking seriously about the subject.

Obviously Harry’s experiences so far in the startup nation have left a lasting impression because he is considering extending his stay here in order to learn Hebrew, immerse himself even more in Israeli Jewish culture and of course, enjoy the culinary delights on offer.

His last two remarks to me were unambiguous.

First, as a student of history, he bemoaned the fact that people do not learn that appeasement of bullies and terrorists never pays.

Second, having lived in liberal societies and especially after seeing Israel’s vibrant and uninhibited democracy he is more convinced than ever that totalitarian one-party systems are doomed to eventually fail.

As we survey current events unfolding near and far these two conclusions from a young man born and brought up in China should reinforce us as we face an uncertain future. Jewish history validates these conclusions.