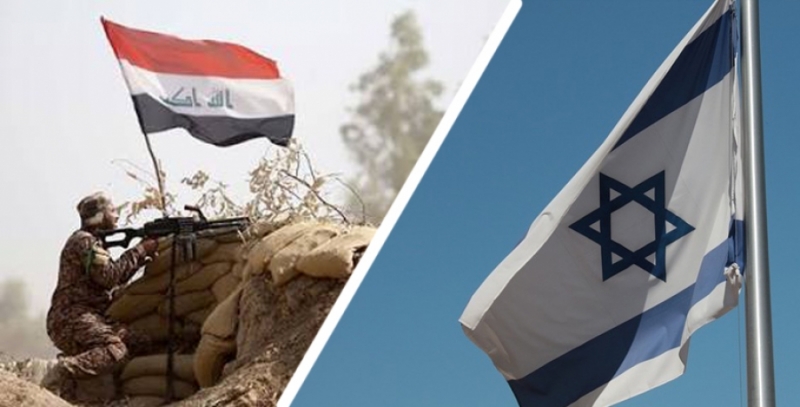 EXECUTIVE SUMMARY: No one should be misled by the revelation that several Iraqi delegations visited Israel in 2018 into optimism about Iraqi-Israeli relations. Peace with Iraq remains very far away. Iraq is simply the next in line of Israel’s Arab neighbors who express interest in warming relations with the Jewish state when they are in distress, but have little to no intention of making peace a reality.

On January 6, the Israeli Foreign Ministry released an Arabic-language statement revealing that a number of delegations from Iraq had visited Israel in 2018, including influential Sunni and Shiite figures. The Foreign Ministry did not name names, but the news made waves in Iraq after it was leaked to the press that some visitors were sitting members of parliament. Many Iraqi lawmakers, including the Speaker of Parliament, demanded that an investigative committee be established and that officials who had come into contact with the “Zionist entity” be punished to the full extent of the law. Every political and public figure in the country was outspoken about their opposition to the normalization of ties with Israel – everyone, that is, except for one former lawmaker. But we’ll get to him later.

Most Israelis would like to be at peace with their neighbors, but decades of experience have cast doubts on the concessions required for what turns out to be a false peace. The 40-years-long peace with Egypt is very cold, and peace ties with Jordan are at a rough spot following Amman’s refusal to renew part of the 1994 peace treaty that allows Israel to lease two small areas of land – Naharaim in the northern Jordan Valley and Ghamr in the south.

It is evident that Israel’s Arab neighbors are only interested in making peace with the Jewish state when they are in distress, having learned how to acquire Israeli aid through empty promises of future peaceful relations. The examples of this abound. In the 1980s, the Lebanese Christians sold Israel the illusion of a future peace that would be made possible once the Palestinian terror organizations had been expelled from Lebanon. This, among other things, led to the outbreak of the 1982 Lebanon war, and the outcome of that misadventure is well-known.

With the help of social media networks and mass Syrian migration to Europe, many Israelis have been able to communicate with members of the Syrian opposition in recent years. These opposition members have expressed interest in making peace with Israel, after it helps bring down the Bashar Assad regime. Thus far Assad remains as entrenched in power as ever, and there is no peace with Syria.

Immediately after the overthrow of Iraqi President Saddam Hussein in 2003, dozens of Iraqi parliamentarians arrived in Israel, though most were afraid to make their visits public. There was one salient exception: MP Mithal Alusi, who had no qualms about publicizing his Israel visit. Israeli commentators saw his bold stance as proof of the blowing winds of peace from Baghdad. But a short while later, he was kicked out of parliament and his two children were murdered. Alusi has never been reelected to parliament, having failed to pass the electoral threshold.

Iraq is a failed state. Though one of the world’s most richly endowed countries in terms of natural resources, it is unable to provide its residents with elementary needs such as electricity and drinking water. Iraqis are sick and tired of their miserable existence. They are loath to see their oil and other natural treasures plundered by Iran, which has come to dominate Iraq through its proxy Shiite militias ever since Saddam’s downfall. Eager to free themselves of Iranian domination at any price, Iraqis are now asking for Israel’s military assistance in return for empty promises of peace. Unfortunately, Israel is allocating substantial resources toward this hopeless end.

There are tens of thousands of Iraqi migrants in Europe who are unable to return to their homeland. They hope Israel will help remove the Iranians from Iraq and promise peace when they return home and take control of the government. And so Iraq joins the list of Arab actors that seek Israeli aid in return for hollow promises of a future peace, paying the same kind of lip service paid by the Lebanese Christians in the 1980s and most recently by the Syrian opposition.

Peace with Iraq is still light years away. In October 2017, the Iraqi parliament passed a law prohibiting the raising of the Israeli flag in the country and punishing violators with jail time. As adamant as Israeli policymakers claim to be about learning from past experiences, they should at the very least read the present situation correctly.

An earlier version was published in Israel Hayom on 28 January.

Dr. Edy Cohen is a researcher at the BESA Center and author of the book The Holocaust in the Eyes of Mahmoud Abbas (Hebrew).