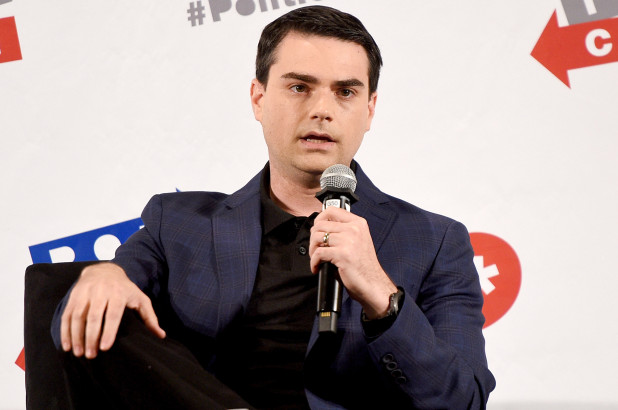 For nearly all of human history, life has been nasty, brutish and short. In 1900, some 10 percent of all infants died before reaching their first birthday in the United States; in other countries, the number was far higher. Approximately one in every 100 mothers could expect to die in childbirth.

Yet we now live in an era in which mothers can expect to survive pregnancy and childbirth (the mortality rate among pregnant women has dropped 99 percent). Babies can be expected to survive infancy and then live another eight decades; we live in an era in which the vast majority of the American population lives in climate-controlled spaces with plenty of food, a car and at least one television. We can speak with each other across thousands of miles instantaneously, find and collate information with the touch of a few keys, send money seamlessly whirring around the globe and buy products manufactured in dozens of different places for cents on the dollar without leaving our homes.

We can expect that a baby born in the United States will never be enslaved, murdered or tortured; an adult in the United States can go about his or her daily business with the expectation that she will not be arrested for espousing an unpopular viewpoint or worshipping the wrong god or no god at all. There are no restrictions barring particular races or genders from particular jobs, no governmental rules designed to privilege one particular biological or religious in-group at the expense of any other out-group. We can live with whom we choose, have as many or as few children as we want and open any business we see fit. We can expect to die richer than we were born.

We don’t live in a perfect world, but we do live in the best world that has ever existed.

So, the first mystery is this: What changed?

And why are we throwing it away?

We are killing ourselves at the highest rates in decades. Rates of depression have skyrocketed. Drug overdoses are now responsible for more deaths than car crashes. We’re spending more money on luxuries and enjoying everything less. Conspiracies have replaced reason, and subjective perceptions have replaced objective observation. Facts have been buried to make way for feelings; a society of essential oils and self-esteem has replaced a society of logic.

We’re more divided than at any time in the recent past. In July 2017, Pew Research found that 68 percent of Democrats said it was “stressful and frustrating” to talk to political opponents; 52 percent of Republicans agreed.

Gallup polls show that our average trust in 14 key institutions is just 32 percent. As for our democracy, fewer and fewer people like it. An October 2016 poll showed that 40 percent of Americans said they had “lost faith in American democracy,” with another 6 percent stating that they never had faith to begin with. And 80 percent of Americans said America was more divided today than ever — ever.

Just a reminder: We’ve had a full-scale civil war in this country, as well as Jim Crow and the domestic terrorism of the 1960s.

We fight harder and more viciously over smaller and smaller matters — the more frivolous the topic, the harsher the battles.

What in the world happened?

There are some trendy answers.

Some blame our current political and social disintegration on heightened economic divides. Critics say that too many Americans feel left behind by the new, globalized economy. They argue that the 1 percent has outpaced the 99 percent, that urbanites have outpaced rural Americans, that white-collar jobs have outpaced blue-collar jobs.

Such economic reductionism seems misplaced. The upper middle class in the United States grew from 12 percent of Americans in 1979 to 30 percent as of 2014. Income mobility hasn’t changed significantly in the United States since the 1970s. America has seen far worse economic times — as of this writing, we’re living at 4 percent unemployment, with record stock-market gains. The Great Depression didn’t tear us apart the way we’re torn apart today — and our economy has indeed grown steadily since 2009.

How about race? In this view, our political conflicts are a proxy for deeper racial wounds, which have reopened in recent years.

In truth, we’re more racially equal than ever before in our history. In 1958, just 4 percent of Americans approved of black-white intermarriage; as of 2013, that statistic was 87 percent. In that year, 72 percent of white Americans thought race relations were good, and so did 66 percent of black Americans; that statistic had remained relatively stable from 2001 through 2013. And yet our racial battles are now bloody and brutal, with renewed tribalism raging on all sides. By July 2016, just 53 percent of Americans said race relations were good, while 46 percent said they were bad.

A third popular argument suggests technology is the culprit. Social media, we hear, is dividing us more than ever. We are hunkering down in our bubbles, speaking only to those who agree with us.

But, according to economics professors at Stanford and Brown, political polarization is taking place more for “demographic groups least likely to use the Internet and social media.” Polarization seems to cross demographic boundaries, without reference to level of technological use.

Finally, there’s the most basic argument of all: For whatever reason, human nature has kicked back in. We’re naturally tribal, naturally possessive, naturally angry. For a while, we suppressed those instincts; we called that the “Enlightenment.”

Western civilization, including our modern notions of values and reason and science, was built on deep foundations. And we’re tossing away what’s best about our civilization because we’ve forgotten that those foundations even exist.

I was scheduled to give a speech to the Young America’s Foundation group at California State University at Los Angeles. My speech posited that all people of good heart wanted to fight racism, but that vague charges of institutional racism and white privilege obscured individual evil — and slandered the country more broadly.

Two weeks in advance of the speech, we began hearing rumblings about protests; the week before the speech, the president of the university announced that the event had been canceled outright. I refused to accede to that clear breach of First Amendment rights, and I announced that I would show up anyway.

My business partner insisted I bring a security team, but I was pretty skeptical. This wasn’t Fallujah. This was a major college campus in the middle of my home city.

Just to be safe, he hired security anyway. Thank God I listened.

As we approached the campus, we could see helicopters swirling overhead. Dozens of armed, uniformed police quickly formed a cordon and rushed me through the back door.

A few rioters were physically assaulting students who wanted to enter; the police set up a back-door route but could only sneak students in two at a time. I put my ear to the auditorium door; it sounded like a zombie apocalypse outside.

We decided to go ahead, despite the mostly empty auditorium. As the speech progressed, students pulled the fire alarm; the lights went out, and the alarm began beeping loudly. Students continued pounding the doors outside. I spoke through the discord, announcing that the disrupters wouldn’t stop us from exercising our free-speech rights.

Afterwards, police officers sneaked me out, ushered me into a tinted-window black van and guided me from the campus with a police escort flashing their lights.

So, what went wrong? I found out later that a professor on campus had been telling her students that I was a white supremacist, that I was akin to a Ku Klux Klan member, that I was a Nazi (I’m just wearing the yarmulke as deep cover, apparently). The students had believed their professors, and they had reacted accordingly. The value of speech had been overthrown in favor of a subjective rage that had nothing to do with facts.

That wasn’t the end of the 2016 circus. As a conservative, I’d been a lifelong critic of Hillary Clinton. But I was also highly critical of Donald Trump during the election cycle.

Over the course of the 2016 campaign, I would become the top recipient of anti-Semitism among Jewish journalists on the Internet.

According to the Anti-Defamation League, approximately 19,253 anti-Semitic tweets were directed at journalists during the August 2015 through July 2016 period. I received 7,400 of those tweets, or 38 percent of the total.

I went through most of my adult life involved in public political conversations with others without threat of violence or racist slurs. Now, I required hundreds of police officers to protect me, and my Twitter feed was flooded with images straight from the pages of Der Stürmer.

Something, obviously, had changed.

We are in the process of abandoning Judeo-Christian values and Greek natural law, favoring moral subjectivism and the rule of passion. And we are watching our civilization collapse into age-old tribalism, individualistic hedonism and moral subjectivism.

And in order to fix ourselves, we must reexamine what we believe.

If you believe that life is more than materialistic pleasures and pain avoidance, you are a product of Jerusalem and Athens.

If you believe that the government has no right to intrude upon the exercise of your individual will, and that you are bound by moral duty to pursue virtue, you are a product of Jerusalem and Athens.

If you believe that human beings are capable of bettering our world through use of our reason, and are bound by higher purpose to do so, you are a product of Jerusalem and Athens.

Civilizations that rejected Jerusalem and Athens, and the tension between them, have collapsed into dust.

The USSR rejected Judeo-Christian values and Greek natural law, substituting the values of the collective and a new utopian vision of “social justice”— and they starved and slaughtered tens of millions of human beings.

The Nazis rejected Judeo-Christian values and Greek natural law, and they shoved children into gas chambers.

Venezuela rejects Judeo-Christian values and Greek natural law, and citizens of their oil-rich nation have been reduced to eating dogs.

The economies of the West aren’t going to die overnight; stacking socialist programs atop capitalist infrastructures won’t immediately collapse the West. But we flatter ourselves to believe that we can abandon the values of the past and somehow survive indefinitely.

Philosophically, the West has been running on fumes for generations.

It took Western civilization 3,000 years to get here — we can lose it all in one generation, unless we begin shoring up our foundations.

We must stop chipping away, and we must start retrofitting.

That task requires us to reexamine those foundations, brick by brick.

From the book “The Right Side of History: How Reason and Moral Purpose Made the West Great” by Ben Shapiro. Copyright © 2019 by Ben Shapiro. To be published by Broadside Books, an imprint of HarperCollins Publishers on March 19, 2019. Reprinted by permission.