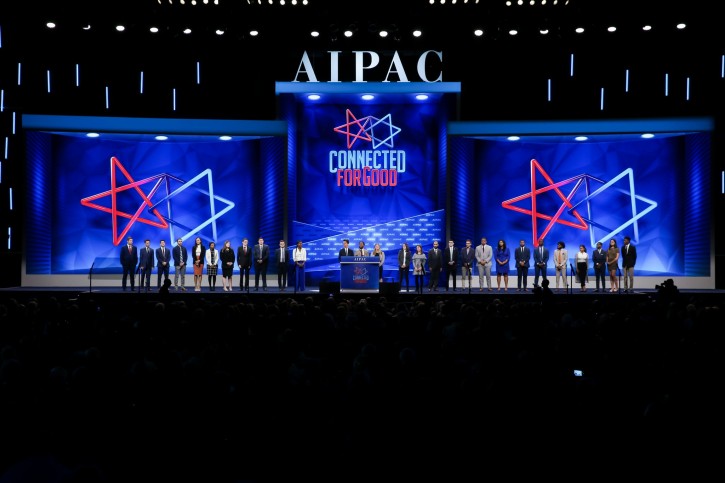 More than 15,000 pro-Israel American Jewish activists will be in Washington this week for the annual AIPAC Conference. The chatter on the convention floor likely will focus on two people: President Donald Trump and Congresswoman Ilhan Omar (D-Minn.).

First, he revoked the Iran Nuclear Deal. Then, last May, he relocated the U.S. Embassy to Jerusalem. And now, just hours after Secretary of State Mike Pompeo became the first senior U.S. official to visit the Western Wall in Jerusalem, Trump announced U.S. recognition of Israel’s sovereignty over the disputed Golan Heights, captured from Syria in the 1967 Six-Day War.

The truth is that many Democratic AIPAC attendees cannot (yet) bring themselves to cross the line to vote for President Trump. They disdain his in-your-face style, his endless and often mean-spirited tweets and, most importantly, they remain deeply concerned over what they perceive as his failure to forcefully denounce the extremists from the alt-right and the anti-Semitic hate they spawn.

That they are even thinking of crossing the line can be explained by the Democratic leadership’s failure to directly censure Rep. Omar’s anti-Semitic tropes, including explicitly attacking AIPAC and its supporters and raising the “dual loyalty” screed.

Now comes word that some of the leaders in the race for the Democratic presidential nomination won’t be appearing at the AIPAC Conference. The message sent to AIPAC, intended or otherwise, is that the candidates are more concerned about mollifying groups such as MoveOn.org than showing solidarity with the historic U.S.-Israel alliance.

We are not AIPAC members but, as a public service to all concerned, we have chosen seven questions for the crowded Democratic presidential field to which we at the Simon Wiesenthal Center, the American Jewish community, and other American voters seek answers:

Though he has not declared officially, there will be intense scrutiny about the apparent frontrunner for the Democratic nomination, former Vice President Joe Biden, and his positions in 2019 on all of these issues. Will those reflect the eight years he served under President Obama, or forge a more independent path based on his decades of service and experience in foreign affairs in the U.S. Senate?

Rabbi Abraham Cooper is associate dean of the center and director of its Global Social Action programs.