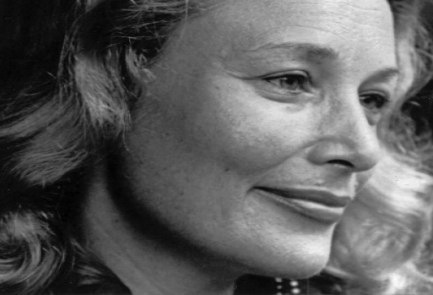 By the way, after my own book http://q4j-middle-east.com made its debut in academia at the newly-formed ASMEA (not MESA) Conference in Washington, D.C. a while back, Dr. Pipes sent me a picture of his own teenage daughter sitting in his study. She was intensely reading a new book and asking her Dad, “Who are the Kurds?” Guess whose book she was reading…

When my 4 grown “kids” were in their teens, G_d bless, I bought them each their own copy of the late Joan Peters’ above book about the Arab-Israeli Conflict and her expose of standard Arab taqiyya (permitted lying) for “Infidels.” I wanted them to have it when they took off for their higher indoctrination at the university.

It’s important to note that Joan started out as a Pro-Arab/”Palestinian” author who was supposed to be working for later “Apartheid Israel” author, President Jimmy Carter.

As she proceeded in her extensive research, however, the uncovered truth blew her away. She returned her $$$ advance to the Carter folks and proceeded to dig further.

She’s hated with a passion by a large segment of traditional MESA academics who typically use one set of lenses to critique Israel and Zionism, and a very different set in the study of the Arab/Muslin world which surrounds the sole Jewish State…They hate her–but rarely offer any evidence to correct her. It’s the same reason why while my book is found in leading universities, but not many place it or Peters work on their actual required course reading lists.

As with all authors (and her book is impeccably documented), there may be legitimate points of scholarly disagreement.

But, the main reason she is utterly despised is for daring to do what Yours Truly–moi– has also done for a half century now…daring to delve into important issues which the oft-Arab oil potentate-greased MESA establishment deems taboo.

In this same spirit, it’s the same reason that Zionism is routinely vilified on numerous campuses and international forums, but the far greater sins of Arabism are totally ignored. In the beginning, in the ’60s, I was naively puzzled at why some subjects never left center stage, but others never made it into even a brief discussion. Decades later, this new article below is a prime example of what I mean. The same way that most profs never would even discuss what Joan gets into (validly documented to Jupiter), what you’ll see next never made it into the classroom either. Yet both are essential to put Arab-Israeli issues into a proper perspective:

Of Arabism, Zionism, and Journeys…

I began my work long before Joan did. She was a journalist, not a M.E. Studies doctoral student–and that worked to her advantage. Joan did not have to sing the same tune as those who held the keys to her future…I didn’t sing it either–but that cost me being denied a doctoral dissertation advisor by the tenured chief honcho in the program–the kiss of death for an academic career.

Ironically, at the same time this was happening, my extensive research on the Kurds for another professor was making its way into prestigious academic journals and onto the recommended reference lists of leading universities all over the world–like Paris’s acclaimed Institut d’Etudes Politiques/Science Po–where it still sits to this day (since 1982). Check out what else happened next as scholars incorporated my work into their own…all while I was being nipped in the bud by the same folks who still try to silence Joan Peters:

Everyone interested in the Arab-Israeli conflict should have Joan Peters’ book. Please make sure your progeny read it as well.

And for the quest for justice in the even wider perspective, my own book will open your eyes much wider as well.

In this age of increasing vilification of Israel and Zionism–even by many if not most members of the Democrat Party (Google the polls), those who care must seriously act…

Thanks. All my best,