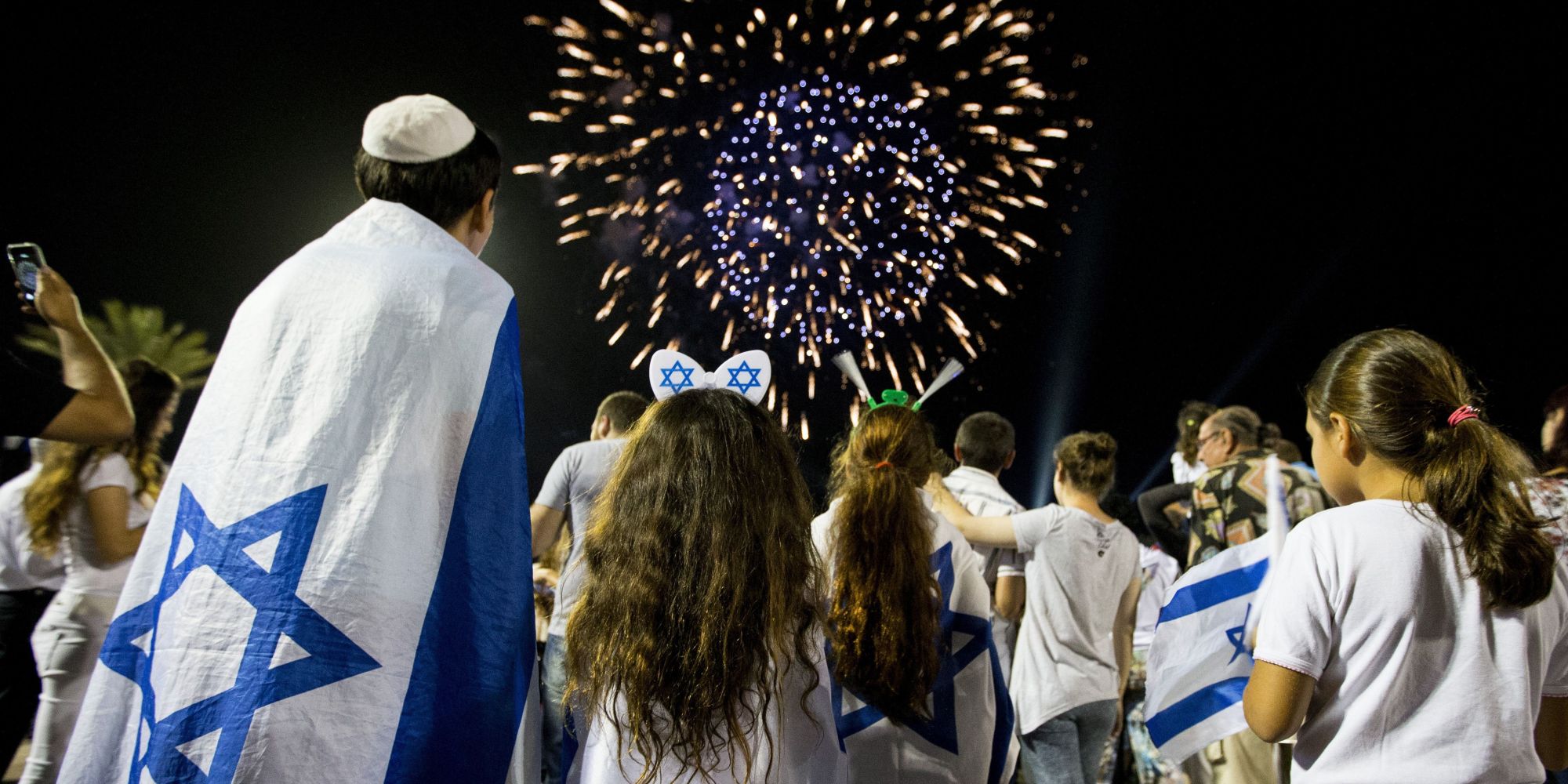 Like so many times in our people’s long journey, from a small family in pagan surroundings through exile and slavery to liberation and the beginnings of a nation in its own land, the rebirth of Jewish sovereignty in our time was accompanied by painful sacrifices.

Traumatized and decimated by the horrors of the Holocaust, callously and shamefully prevented by the British from escaping the hell hole of Europe, the pitiful remnants of the concentration camps dared to believe that one day the nation-state of the Jews would arise again. A dream of two thousand years during which Jews everywhere prayed for their return to the land from which most of their ancestors had been driven by the Romans, seemed like an unattainable fantasy. However, the lessons of the Holocaust years had indelibly left their mark on many of the survivors who were determined that never ever again would Jews be at the mercy of those who hated them and abandoned by an indifferent international community which preferred to look the other way.

Abandoned once again to their fate by the British who expected the Jewish remnants in mandated Palestine to be wiped out by their Arab friends the stage seemed set for a postscript to the Holocaust. However, what the British and everyone else did not yet understand was that times and Jews had dramatically changed.

No longer were Jews defenceless although they were certainly ill-equipped and numerically outnumbered. Facing well trained (by the British) legionnaires from Jordan and armies from surrounding Arab countries, all of whom were infected with a burning desire to finish off what the Germans and their friends had failed to do, the outlook looked very bleak indeed. As the survivors of the Holocaust finally reached the shores of the Promised Land those who were physically fit were sent straight to the front. What a contrast they faced. A few short years previously they had seen their families slaughtered and gassed with no future hope of salvation. Now they were facing those who also desired to wipe them from the face of the earth simply because they were Jews but this time they were fighting back.

The sacrifices made by thousands of locals, survivors and volunteers from many countries miraculously turned the tide and instead of Arab terror snuffing out the reborn Jewish State the seeds were instead planted for a glorious future.

Today, for 24 hours prior to Independence Day, the whole country remembers and honours the memory of all those who fell in defence of the country. Since that time we have faced ongoing wars and terror because of the refusal by Arab & Islamic countries to acknowledge our right to be here. Although Egypt and Jordan have signed peace treaties with us the concept of accepting a Jewish presence has still not trickled down to the masses in those countries. Optimists speculate that “things are changing” but until other Arab & Islamic countries openly declare their abandonment of incitement against Jews & Judaism and acknowledge our legal and historical right to our country, nothing will change for the better.

It is a tragedy that in order to survive we have had to suffer such pain on a national and personal level. It is an even larger scandal that after everything which has happened since the time of the Roman occupation we should still be condemned, sanctioned and boycotted. Despite millennia of such hypocrisy and double standards we have “dafka” survived and overcome. Not only survived but thrived.

The modern miracle which is Israel today bears no resemblance to the impoverished, underpopulated country which existed in 1948 behind utterly impossible armistice lines. Denied access to its most holy sites, having its unrecognized Capital divided and facing economic, security and social problems which would have sunk most countries, the contrast to today can only be described as a miracle. Without the hard work of the pioneering settlers plus the brains and brawn of succeeding waves of immigrants, progress could not have been realized.

Nobody in 1948 could ever have predicted that one day the iron curtain and the Soviet empire would collapse and the captive Jews would be released from bondage in a modern-day exodus. It was beyond the realm of reality that in a re-enactment of the Passover story the Jews of Yemen would be airlifted to safety. In the space of a few years, the Jewish communities of Arab countries and North Africa were decimated and their expelled citizens found a safe haven in the new State. These new citizens added an important and crucial Sephardic tradition to the nation and laid the foundations for future enrichment of Jewish traditions and identity. Who could have predicted that one day Israel would send its planes to rescue the Jews of Ethiopia? This ingathering of the exiles, when looked at from an historical perspective, can only be described as one of Biblical proportions.

Today, Israel remains a safe haven for Jews facing persecution and hate and most importantly for those who still do not want to believe that the writing is on the wall for Jewish continuity wherever they may be living.

After seventy-one tumultuous years, we can also claim that Israel offers amazing opportunities for those willing to join us. While life here can be tough at times the chance to participate in the rebuilding and strengthening of Jewish sovereignty in our own country is a once in a lifetime opportunity.

The fact that we have managed in a short period of time to rise from powerlessness and ashes of hate to become the envy of the world is unparalleled.

How has it been achieved? Quite simply by a combination of faith and chutzpah and therein lies the answer to two questions. First, why is Israel hated so much by the international community? Our strengthening of religious and ethnic identity is resented by a western world fast disintegrating. In addition our desire to innovate and improve contrasts so clearly with the multitude of failed societies around us whose priorities are death, destruction and incitement. While we tout life they promote jihad and then when it all falls to pieces they inevitably blame Zionist conspiracies for their own nakbas (calamities).

Second, what is causing such major divergences with many Diaspora communities and in particular in the USA? While we strengthen our Jewish identity and refuse to once again become sacrificial lambs the toll of assimilation and lack of Jewish education weakens many communities overseas. Jews in Israel are no longer prepared to bow their heads in order to hide their kippot and Jewish symbols, nor are they going to appease murderers of Jews so that they can be loved by the UN.

In other words what we have today is a growing generation of Jews in Israel, proud of their heritage, confident in their destiny and absolutely determined to defend themselves against those who would rise up and plot to destroy us.

If this makes others uncomfortable then that is unfortunate but it is a reality they will have to get used to. The miracle which is today’s Israel is the beginning of the fulfilment of an ancient covenant.