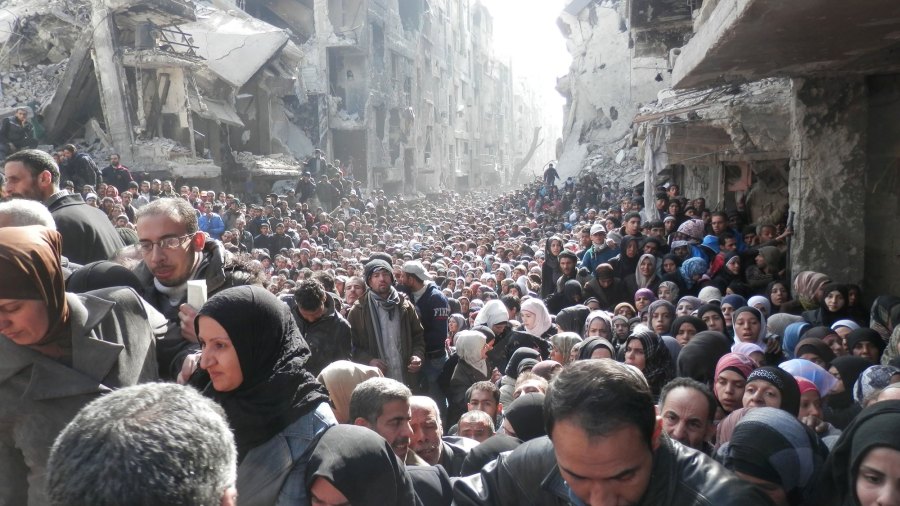 Every year, on May 15, Palestinians commemorate Nakba Day.  The Nakba or “catastrophe” refers to the displacement of Palestinians after Israel’s independence in 1948. This concept entered into public consciousness with the conclusion of the Oslo Accords, drawn up with the Palestine Liberation Organization (PLO), the organization that claimed to represent the refugees. The PLO’s declared mandate was to secure the Palestinians’ “Right of Return.” PLO leader Yasser Arafat inaugurated Nakba Day in 1998.

Saudi Arabia still remembers and resents the Palestinians’ support for Iraqi tyrant Saddam Hussein when he invaded Kuwait in 1990 and Saudi Arabia in 1991.

The Life of Palestinians in Israel

By all measurements, the situation of the Palestinians in the West Bank, and definitely in Israel, is much better than in any Arab country.

The essential fact is that there are Arab Knesset members. The Israeli Knesset is the only parliament in the world where there is a conspicuous and proud representation of Palestinian parliamentarians. They do not have such representation in Jordan or even in Ramallah or Gaza. Only beneath a picture of Theodore Herzl and the Israeli flag in the Israeli parliament can Palestinian parliamentarians speak and act freely – some Israelis complain too freely – and even in defiance.

Secondly, Israel is the only country in the Middle East that absorbed refugees fully. It is not well known, but there are Palestinian refugees from the villages that were abandoned during the war, who were absorbed into other towns and villages in Israel. Israel has given them full citizenship, and they are citizens with equal rights who can vote for the Knesset. Jordan also granted Palestinians citizenship, but not complete. There is no statistical data on this, but most Jordanian citizens of Palestinian origin are not allowed to vote for the Jordanian parliament, which is far from representative of the true numbers of Palestinians among the population.

Finally, in these times, a real Nakba is taking place, but not in Israel.

The disaster of Syria, including the new Palestinian catastrophe there, is far greater than the Nakba of 1948. Many thousands of Syrians and Palestinians have been displaced from the Yarmouk refugee camp in Damascus, which once held more than 100,000 residents but was recently razed during the Syrian civil war. Hundreds of Palestinians and Syrians were killed there in fighting and barrel-bombings by Syrian forces.