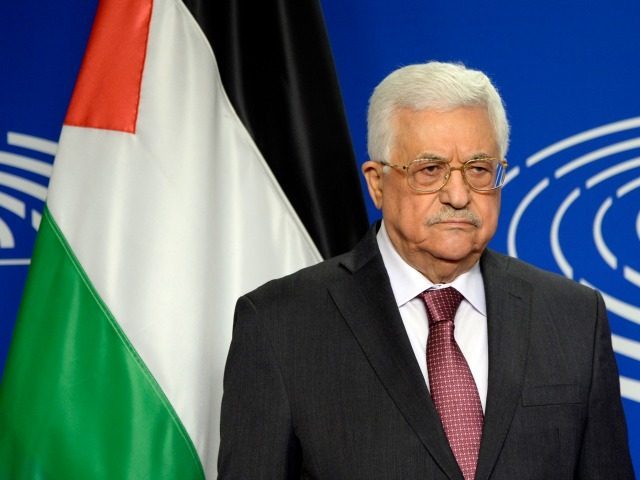 The relations between the Palestinian Authority and the United Arab Emirates are not at their best; the two are almost totally and officially estranged due to their growing differences over various issues. These include the UAE’s growing normalisation with Israel; Abu Dhabi’s support for PA President Mahmoud Abbas’s archenemy, Mohammed Dahlan; and the talk of pressure on the PA by the UAE, Saudi Arabia and Egypt to accept the US “deal of the century”.

The latest episodes of PA-UAE tension revealed Nabil Abu Rudeineh, Information Minister and spokesman for the Palestinian presidency, violating diplomatic norms last month when he denied knowing Anwar Gargash, UAE Minister of State for Foreign Affairs by saying that he had never heard of him. His comment was in response to a question by French television regarding the UAE official’s demand for the Palestinians to open up on Arab-Israeli communication.

Abu Rudeineh continued to be harsh towards the UAE, saying that the normalisation campaigns with Israel carried out by some Arab countries (including the UAE, although he did not mention it by name) are violations of the Arab Peace Initiative and resolutions, and are happening under US pressure.

Saeb Erekat, Secretary of the PLO Executive Committee, expressed his own disbelief at Gargash’s demand. He called upon the UAE minister to correct his mistake.

The foreign and international relations advisor to the Palestinian President, Nabil Shaath, kept the pressure up by agreeing with his two colleagues in their attack on the Emirates. He pointed out that the UAE’s hosting of Israel at the Expo 2020 in Dubai was “contrary to the decision of the Arab foreign ministers in Cairo, and contrary to the Palestinian position.” There will be official contact with the UAE on the matter, he added. “We have asked all Arab countries to stop any normalisation with Israel and to abide by the Arab Peace Initiative, which calls for normalisation only after Israel withdraws completely from all of the territories that it occupied in 1967.”

As far as Israel is concerned, the UAE invitation to participate in the exhibition is “another expression of its rising status in the world and the region.”

The UAE’s normalisation with Israel is at the top of the list of reasons for the tension in the UAE’s relationship with the PA. There is a long list of normalisation visits between Israel and the UAE, both secret and public, which have caused the escalating tension. The most recent of these was the visit to the UAE by the leader of Israel’s opposition Labor Party, Avi Gabbay, in early December last year, during which he met with senior officials in Abu Dhabi and discussed the Israeli-Palestinian conflict, the deal of the century, the regional threat posed by Iran and the political situation in Israel. After returning to Tel Aviv, Gabbay apparently briefed Mossad spy chief Yossi Cohen on the outcome of his talks.

The UAE also hosted two Israeli ministers at the end of October 2018. The first to go was Minister of Culture and Sports Miri Regev, the extremist Likud Party official. She watched the Israeli competitors at the International Judo Federation’s Grand Slam competition. The Israeli flag was raised on a large screen, the national anthem was played, and the Israeli team performed their religious rituals in the heart of Abu Dhabi.

This participation prompted Israeli Prime Minister Benjamin Netanyahu to say, “There is much hope when we hear our national anthem; everyone is moved by this honour and pride.” The Israelis considered what happened in Abu Dhabi as a “major moment that every Israeli has awaited to signal that something great has happened.”

We then saw an Israeli delegation led by Minister of Communications Ayoob Kara taking part in the International Telecommunication Union (ITU) Plenipotentiary Conference in Dubai. Israel’s name was written on two place cards which were placed on the table in front of the delegates.

In July 2017 it was revealed that a secret meeting had been held between Israeli Prime Minister Benjamin Netanyahu and UAE Foreign Minister Abdullah Bin Zayed at the end of September 2012.

The PA is not an innocent party in all of this, though. The UAE and other Arab countries have pointed out that the authority itself continues to hold “normal” meetings with the Israelis and insists on continuing its security coordination with the occupying power. Its criticism of the UAE and others stems from the fear of these countries disregarding the PA and establishing direct relations with Israel without the involvement of any mediators. Another factor contributing to strained Palestinian-UAE relations is Donald Trump’s “deal of the century”.

According to press reports last September, Arab countries held secret meetings in Abu Dhabi to change the features of the Palestinian issue, under the direct guidance of US President Donald Trump’s administration and Palestinian figures residing abroad who have major differences with President Abbas.

As no official parties from the PA attended these meetings, it was seen as a clear indicator that what was being prepared goes against the Palestinian position on the deal of the century, because the agendas focused on how to pressure the Palestinians to change their political positions towards Israel and the United States. They also discussed how to change the Palestinian scene to align with the normalisation projects to get closer to Israel.

A number of media and academic voices, either Emirati or close to the UAE, have tried to promote the deal of the century as bringing with it financial investment of benefit to a number of Arab countries. The value of passing the deal to resolve the Palestinian-Israeli conflict is estimated at $25 billion over 10 years. These voices have accused the Palestinians who reject the deal of arrogance that will not benefit their cause.

People close to Abu Dhabi have, in recent years, accused the PA and Fatah leadership of failure and corruption, and lacking in the confidence and trust of the people. The UAE stopped all of its aid to the PA after being ranked the 4th among the main countries offering financial support to the PA, to the tune of $2 billion.

The leadership of the Palestinians is another issue for the UAE, which favours its protégé Mohammed Dahlan to take over from President Abbas. The close relationship between Dahlan and Mohammed Bin Zayed, the Crown Prince of Abu Dhabi, is the bridge that the former Fatah official wants to use to gain a senior position in the Palestinian leadership, either before or after Abbas steps down. Dahlan stands to be arrested if he returns to the occupied Palestinian territories, so he remains based in Abu Dhabi.

UAE officials have also admitted their support for Salam Fayyad after his resignation from the Palestinian government in 2013 because of major differences with Abbas. He decided to establish an NGO, which Abu Dhabi backed with $10 million, but the Palestinian Attorney-General accused the UAE of trying to launder money through the Palestinian territories. The PA confirmed that the funds were transferred from Dahlan’s account, and were not Emirati funds.

The situation has now reached the stage that the PA boycotts the National Islamic Commission for Development and Social Solidarity, a body supported fully by the UAE. It includes representatives from all of the Palestinian factions, except for Fatah, led by Abbas, because Dahlan oversees and coordinates the commission’s work.

The Palestinian press close to the PA has periodically launched unprecedented media campaigns against the UAE. They have accused the UAE of being involved in leasing Palestinian properties in Jerusalem to Israeli settler groups. This prompted the UAE to threaten the PA with stopping all dealings with it if it continues to make such accusations about its role in Jerusalem.

As long as these factors remain, we will continue to see the PA-UAE relationship in crisis. This will deprive the PA of much-needed funding. At the same time, the UAE will become even more unpopular amongst the people of Palestine due to its role in the Israeli and US pressure on the Palestinian leadership.

The views expressed in this article belong to the author and do not necessarily reflect the editorial policy of Middle East Monitor.