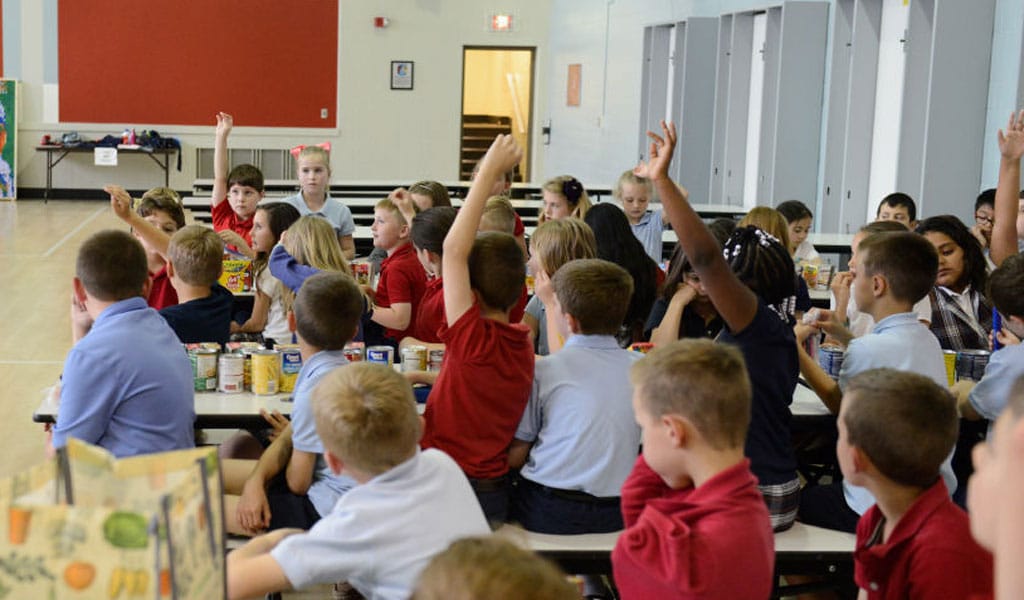 Qatar’s vision for America is now being peddled through our children’s classrooms, targeting a pliable population and one with a long shelf life.

Beyond its media empires and bought-off D.C. influencers and think tanks, Qatar has set its sight on the next generation of Americans.

In the last 10 years, Qatar has given over $30 million to public schools and over $1.4 billion to universities. Those universities include:

Donations from Qatar streamed in through:

Funding universities isn’t just about charitable giving that trickles down to the benefit of academia. Although we might like to think that academia is more insulated from political pressure  than other sectors of American society, in fact, college campuses have become a breeding ground for irrational emotional outbursts that only tolerate the pre-scripted narrative of political correctness.

However, even that is a generous description. In truth, the problem began much earlier.

In The Closing of the American Mind, author Allan Bloom discusses the 1969 incident at Cornell Universityinvolving the guns-on-campus crisis, narrating the events in a way that help us understand how Qatari money into schools not only shapes policy and planning but dictates which behaviors will be tolerated:

“The temptation to alter the facts in these disciplines [in social sciences] are enormous. Reward, punishment, money, praise, blame, sense of guilt and desire to do good, all swirl around … Thus it was in social science that the radicals first stuck.

A group of black activists disrupted the class of an economics teacher, then proceeded to the chairman’s office and held him and his secretary hostage for thirteen hours. The charge, of course, was that a teacher was racist in using a Western stand for judgment of the efficiency of African economic performance.

The students were praised for calling the problem to the attention of the authorities, the chairman refused to proffer charges against them, and the teacher disappeared miraculously from campus, never to be seen again.

This kind of problem solving was typical… Historians were being asked to rewrite the history of the world, and of the United States in particular, to show that nations were always conspiratorial systems of domination and exploitation.”

That incident took place over half a century ago. Today, it is more or less the narrative of most college campuses. The American education system has become so insipid and malleable that one needs only whisper a micro-aggression or cry racism to manipulate the academic environment.

The Qataris understand this well, and their funding of schools and programs not only inevitably influences decision makers but also primes the next generation with talking points the undermine American excellence and interests.

Bloom describes how social sciences — a relatively new academic department — became the blank slate for people to write their stories. Social sciences became a battleground, but it didn’t stop there.

Departments of history, religion, and the humanities are all under similar pressure and influence. Their curriculum, faculty and thematic work, and even the students those departments retain, are often shaped by funding streams.

In short, the money writes the story.

We have a MASSIVE problem when it comes to foreign funding of our universities. Ex, Qatar gave Texas A&M millions—and have been trying to hide it. @DailyCaller is one of only outlets to report on it. https://dailycaller.com/2018/12/16/qatar-georgetown-texas-university/ … https://twitter.com/cornellsun/status/1111334641015808000 …

The nation of Qatar, a Sharia-law monarchy that has been accused of trying to influence other countries’ governments, has given $1 billion to US universities.

EDITORIAL: Cornell has remained tight-lipped on the $5.3 million it took in contracts from Huawei. Time for the University to disclose.https://cornellsun.com/2019/03/28/editorial-cornells-hush-hush-huawei-ties/ …

43 people are talking about this

Heavy Qatari investment in Islamist organizations in the U.S., along with significant investment in universities, creates both opportunity and means for other groups to repeat the same play. The right combination of hysteria, offense and criticism of racism is a winning ideological warfare strategy of Islamists and their Leftist allies — both of whom employ similar shock tactics to create gains.

Within public schools, Qatar’s vision deploys a softer assault. According to a Fox News report,

While Qatar’s generosity to K-12 schools pays for teacher training programs, cultural events, and curriculum development, a closer look shows that its support is not always in step with American values. The Foundation’s main curriculum resource website, for example, offers a lesson plan titled “Express Your Loyalty to Qatar,” while another lesson plan states that the U.S. began the Iraq war to “feast on” Iraq’s economy.

Yet, somehow despite school districts across the U.S. having very stringent requirements for what makes it onto a campus and what qualifies as curriculum, the Qataris have been able to buy their way in with cold cash.

Most recently, The Federalist reported that Qatari funding supplied Duke University with more than $111,000 to fund teaching k-12 teachers biased info about Islam.

Documents shed light on the workings of Duke University’s influence operation targeting the U.S school system with funds from a global terrorism supporter.

16 people are talking about this

Speaking to the culture of failing education systems at large (versus specifically in reference to Qatar’s vision), Notre Dame Professor Dr. Patrick Deneen describes the situation most succinctly when he calls failing educational standards as “civilizational suicide,” going further to narrow the devastation that comes with a compromised education system:

“What our educational system aims to produce is cultural amnesia, a wholesale lack of curiosity, history-less free agents, and educational goals composed of content-free processes and unexamined buzz-words like ‘critical thinking,’ ‘diversity,’ ‘ways of knowing,’ ‘social justice,’ and ‘cultural competence.’

Our students are the achievement of a systemic commitment to producing individuals without a past for whom the future is a foreign country, cultureless ciphers who can live anywhere and perform any kind of work without inquiring about its purposes or ends, perfected tools for an economic system that prizes ‘flexibility’ (geographic, interpersonal, ethical).”

It’s important to remember that the Qataris are not just buying their way through the door — they’re buying direct access to the hearts and mind of the next generation of Americans.

There is no doubt Qatar is playing the long game in the ideological war, looking at a multi-generational strategy across tiers of influence — something the United States should have been planning for on September 12, 2001.