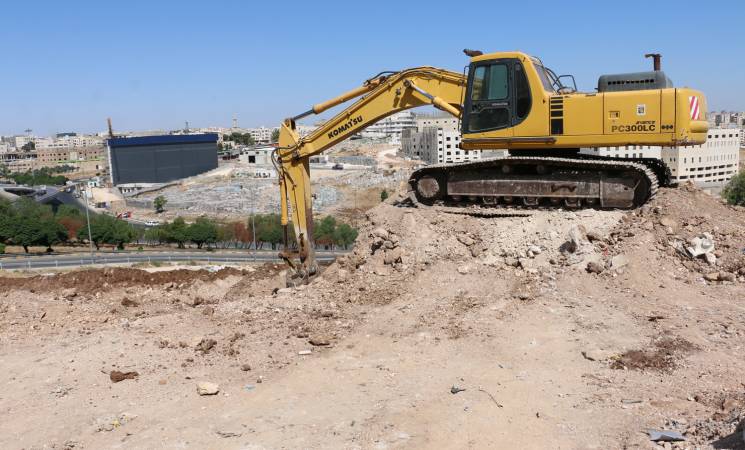 The United Nations Relief and Works Agency for Palestine Refugees in the Near East (UNRWA) started construction on a new health centre in Zohour area within the Jordanian capital Amman. …

The actual construction activities started late in July 2019 and the health centre is expected to be functional by August 2020 and will improve access to health care for over 68,000 Palestine refugees in the area. The new health center will replace the existing, congested rented premises and will introduce the Family Health Team (FHT) –  the Agency’s new approach to health care delivery.

According to UNRWA itself:

In Jordan, the 2.2 million Palestine refugees who are registered with UNRWA enjoy broad inclusion in social and economic life. The vast majority have Jordanian nationality, with the exception of some 158,000 ‘ex-Gazan’ refugees.

Meaning, some 93% of “Palestine refugees” in Jordan are citizens.

[M]ost of the over 2 million Palestine refugees in Jordan have been granted citizenship, and have the same access to health care as other Jordanian citizens.

Jordan has a very good health care system, both private and public. It is a destination for medical tourism.

However, nearly a million Palestinians who can use Jordan’s own health care system use the UNRWA system instead:

In Jordan, our clinics serve more than 1.1 million people, nearly 56 per cent of the registered Palestine refugees in the country

UNRWA is very proud of their facilities and their “new approach to health care delivery” – but, except for the 158,000 Palestinians that Jordan refuses to naturalize, why are they providing services for a million people who are already covered by the state that they are citizens of?

UNRWA could convert all of its clinics to be public clinics for all Jordanian citizens, reducing the impression in Jordan that Palestinians aren’t “true Jordanians.” Its budget could be given to Jordan for five years or so. But to keep a completely parallel health system in Jordan for only a portion of the citizens is inefficient, promotes bigotry and tells Palestinians that they are not quite full citizens.

The world shouldn’t be paying for a separate health system. There is no justification for it. But no one at the UN is seriously questioning why Palestinians who are full citizens should get special treatment – with money that could go to people who are truly in need.

UNRWA is soon going to apply for another extension of its mandate. It is way past time that UN member nations start asking why Palestinians who are not refugees should get extra medical and educational and housing services paid for by the rest of the world.