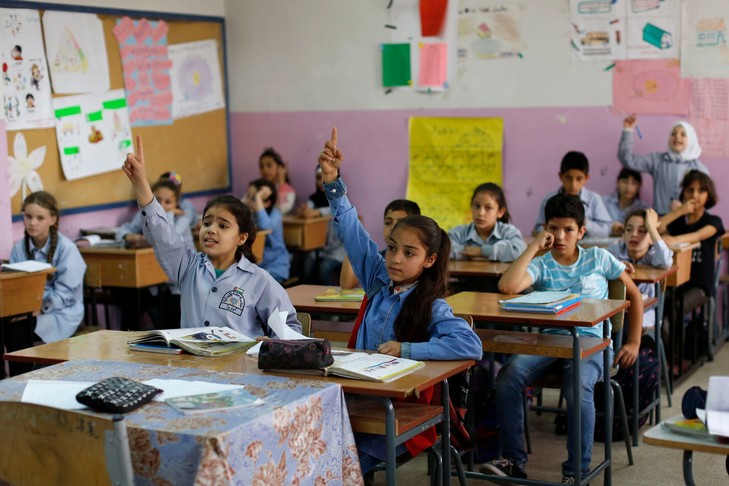 Three weeks after the publication of a report by the UNRWA Ethics Office, the United Nations Relief and Works Agency for Palestine Refugees, languages ​​are beginning to unravel in the field. The general commissioner of the organization, Pierre Krähenbühl is accused abuse of power And, with several of his colleagues, favored a system based on discrimination, nepotism and reprisals. ”

“Within the UN, UNRWA is known to be one of the most corrupt agencies, where we enter a lot of cooptation,” explains to The cross a former UN official in Jerusalem. ” The problem is that it was not intended to last and that over time, nothing or very little has been reformed, favoring the creation of networks and internal alliances. “

A report that does not surprise anyone

Since the revelation of this document by Al-Jazeera on July 29th, testimonies of this kind have been flowing. ” Many Palestinians were not surprised by the content of the report “, Insists Yara Hawari of the Palestinian rights think tank Al Shabaka, in a forum published by Al-Jazeera. ” The revelations made are reprehensible and those responsible must not go unpunished. But that does not mean that UNRWA must be disabled or closed, ” the researcher said, recalling the importance of UNRWA, which still provides much needed assistance to the 5.4 million Palestinian refugees spread throughout the Occupied Territories, Jordan, Lebanon and Syria today.

New black series for UNRWA, suspected of “abuse of power”

In this organization where ” cronyism is king » as the same UN framework underlines, the two-speed operation between local employees and staff sent from abroad is also pointed out. ” Internationals are paid much more than locals A Palestinian employee in a Ramallah cafe gets upset, pointing to one of the critics regularly heard here, which sometimes creates tension.

In 2018, for example, local employees occupied the local UNRWA headquarters in Gaza for several days. They were protesting against budget cuts that targeted them without calling into question the very high wages of expatriates. Many Palestinians spoke on social media, asking the UN agency to draw the right conclusions after the publication of the confidential report.

To shed light on the case, an investigation was launched by an independent service within the United Nations in March. ” UNRWA fully cooperates “, Says Tamara Alrifai, spokeswoman for the UN agency that is” ready to take the necessary steps As soon as the conclusions of this new report are known.