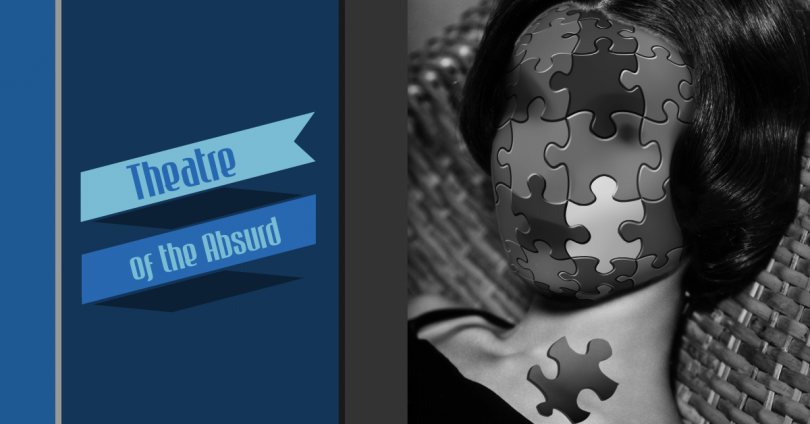 We have experienced acts of absurdity this past week so ludicrous as to defy any sort of logical explanation.

The main act in this ongoing theatre of the absurd has been the farcical drama associated with the on-again/off-again visit by two members of the US Congress. These two representatives, long known for their deep antipathy towards Israel, decided some time ago that with very little effort they could generate tsunamis of negative publicity against the Jewish State. All they had to do was to find a like-minded “sponsor” who would design a suitable itinerary plus compliant media groupies of which there are an overabundance and bingo the dream of bashing Israel would become a reality.

There was never going to be a shortage of enthusiastic supporters. Ranging from natural haters of anything to do with Jews to extremist deniers of Israel’s right to exist the list is seemingly endless. Add in a mix of doctrinaire ignoramuses from the left and right outfields plus trembling Jews who think that raising their heads above the parapet is dangerous, the end result was always preordained.

Shorn of all spin, the basic motivation was always to ensure that if the so-called tour of “Palestine” (as described in their itinerary) went ahead the resulting avalanche of media frenzy including staged photo opportunities would portray Israel as the epitome of all evil. Conversely, banning these fake fact-finding Congresswomen would also result in a preordained firestorm of righteous indignation from the same sources. In other words, it was always going to be a losing situation for Israel. Their sponsoring group was already a well known anti-Israel outfit with one of its “patron saints” being none other than Hanan Ashrawi who never loses an opportunity to vilify Israel.

It was crystal clear that the intention of Tlaib and Omar was to meet NGO’s and MK’s whose agendas are patently negative as far as Israel is concerned. They never ever had any intention of learning or seeing truthful facts on the ground. This became self-evident when Tlaib turned down the opportunity of visiting her grandmother and the orchestrated bluff was exposed for the fraud it was always going to become.

The baloney accompanying this whole episode was a spectacle of farcical proportions. Democrats in the USA spearheaded by their leaders in the Senate and Congress convulsed with self-righteous outrage at this perceived insult to two of their bigoted colleagues. Their hypocrisy exceeded all bounds when it was revealed that during Obama’s tenure the USA had refused entry to a democratically elected Member of the Knesset because they disagreed with his political views.

Right on cue, almost every US Jewish organization hastened to proclaim their shock and horror over the fact that Israel had denied entry to individuals, no matter how exalted, whose main aim in Congress is the vilification of the Jewish State and the promotion of policies which would see its demise. This frenzy of distancing themselves and their American constituents from a perfectly legitimate decision taken by the Israeli Government starkly illustrates the gulf separating American and Israeli Jews. Apart from the usual collection of leftist idealists who still make pilgrimages to Abbas in Ramallah and believe that genuine peace is only a piece of paper away the majority of Israelis recognize the danger inherent in tolerating and pandering to those seeking to undermine our country.

We should not be ashamed or apologize for forcefully acting to safeguard our own future. The days of kowtowing to the haters and delegitimizers of this world are well and truly over.

A supporting act to this theatre of the absurd has meanwhile taken place in the British occupied territory of Gibraltar. A tanker laden with Iranian oil making its way to Syria in defiance of international sanctions was stopped by British warships operating out of Gibraltar. This incident immediately developed into a drama involving Iran, the UK, USA, Gibraltar and the EU. In a previous op-ed. I predicted that the spineless democracies would blink first and that Iran would outwit the international community once again. The Iranians know with certainty that they can play the gutless European Union (of which the UK is still a member) against the US because instinctively the malaise of appeasing terror-supporting regimes runs rampant in European Capitals.

Iran made its intentions clear by hijacking at least two tankers in the Persian Gulf and holding them hostage. Fabricating excuses that these vessels had violated Iranian territorial waters, it was immediately clear to all but those who refuse to acknowledge reality when it hits them in the face that this was a situation which called for firm countermeasures. It was never going to happen of course and thus in an eerie reminiscence of previous appeasement situations the inevitable collapse of willingness to confront terrorist behaviour occurred.

Shoving this knotty dilemma onto the legal system was a brilliant way for political leaders to wash their hands of any responsibility in surrendering to Iranian threats and at the same time thumbing their collective noses in the face of the Trump administration which they loathe. Therefore, when the Gibraltarian court ruled that as the Iranian Revolutionary Guards were not a declared terrorist organization in the EU, UK or Gibraltar, there was no legal way for this guards’ controlled vessel to be detained. You could hear the collective sighs of relief echoing forth especially from those who have been trying to thwart the US sanctions from day one.

Given the recently revealed scandal whereby France agreed not to target Palestinian terrorists who killed French Jews in Paris in 1982 if they refrained from carrying out further attacks on French soil it is obvious that hypocrisy reigns supreme. The best was still to come, however. In support of its decision to release the detained tanker, a piece of paper was purported to have been received in which the Iranian authorities promised that the oil would now not be delivered to Syria. The existence of this worthless document was swiftly denied by Iran but nobody was listening because the vessel now reregistered under the Iranian flag set sail for ports unknown. One way or another this banned cargo will eventually make its way to Syria via various subterfuges.

This theatre of the absurd will continue as long as the curtain is not finally lowered on these acts of folly.