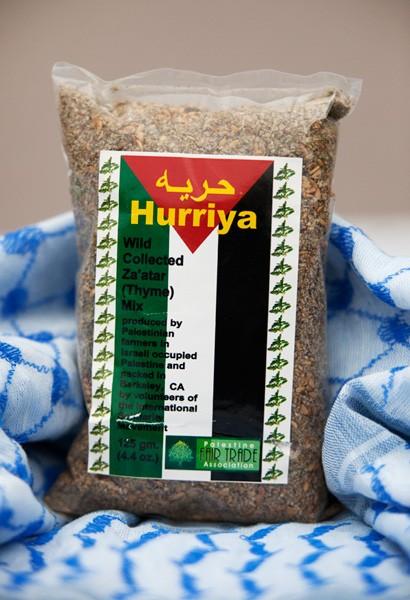 BDS activists are constantly “given a pass” by U.S. policing agencies as they break U.S. laws to promote their endless attacks on Jews, euphemistically called BDS. U.S. and state bureaus responsible for food safety laws in the U.S. always look the other way as BDS movement activists tamper  with the food supply or jeopardize  the public’s health. Palestinian boosters routinely import foodstuffs with dangerous pesticides or of fraudulent quality, despite laws on the books.  BDS activists continue to violate health and quality standards in the U.S. while a refractory press ignores the threat.

Paul Larudee is a BDS activist who resides in Northern California where he runs BDS activities. Larudee is very active in promoting BDS and anything to destroy Israel (1).  He also was the leader for a non-profit, Palestine Children’s Welfare Fund (PCWF) out of Texas. PCWF used to have art contests for Palestinian children where they would draw pictures of suicide bombing attacks. Larudee was behind the Flotillas, and myriad BDS events on the U.S. West Coast. Larudee constantly seeks ways to promote BDS, such as Stop the Boat, a pro-BDS movement, ended Zim Shipping’s use of West Coast ports. He was  even awarded a medal of honor by Hamas.

Larudee funded his BDS activities for years by selling and bottling  “extra-virgin Palestinian olive oil for sale” from a  ramshackle “Grass roots” house in Berkeley, California. I wrote an article last year in which I explained how Larudee generated funds for BDS by selling “Pure extra virgin Palestinian olive oil” for $20 a bottle with proceeds going to fund him and the BDS movement. It is a felony to sell olive oil  as extra virgin to the public when it is not, yet Larudee got away with  it for years and still is..

In  that article, I provided evidence from an FDA food lab that was bottling his “olive oil” in the kitchen of a ramshackle Berkeley radical  house headquarters house where rat feces was found in violation of California food safety laws. Other issues included preparing food where his product needed to meet standards for public consumption in compliance with anti-terrorism food safety laws according to a 2002 federal food safety act passed by congress after 9/11. His violations also included mislabeling his product once it entered the United States, something not enforced by ICE.

California’s department of public health, instead of closing down Larudee’s operation, chose to give him “a pass” on food violations and preparations if he conformed to required codes. Larudee suggested he had met the codes and continued business as usual. But new tests of food products Larudee is selling today to the public are still in violation, not just in olive oil but in the spice known as zaatar. Larudee has been selling his zaatar under the same brand name Hurriya consistently along with his bogus “extra virgin” olive oil.

The FDA takes responsibility for olive oil quality so Larudee took advantage as California tended to look the other way. The Zaatar fell under both federal and state agency purviews and was found to have toxic levels of pesticides and heavy metals which should also have made them risks for the public to eat.

New tests showed that Larudee, the scofflaw he is, was still marketing the substandard olive oil as well as zaatar  which was a health food law violation. In addition, Larudee changed the labels on his product but still continued with same violation for which U.S. customs should have closed him down.

The Law requires these tests be performed at an FDA approved facility, ostensibly paid for by Larudee. I had the tests done by such a facility that cost me approximately $900 which may explain why Larudee continues to violate the law, by relying on the laziness of government bureaucrats to look the other way to avoid spending money. Regardless, laws are being violated that should serve to protect the public.

In my past experience, government bureaucrats who choose to not do their jobs tend to make it a priority to enforce laws only when members of congress demand they do so. To that end, below is a list of U.S. Congress members who have caucused to insist efforts to boycott Israel not be carried out. Readers should write them and demand they take action.

This list can be expanded. It includes congresspeople from both sides of the aisle. These pols have taken an interest in preserving the antiboycott laws. If the group wrote to FDA, US

Customs and Calif department of health care, all three agencies demanding laws be enforced maybe laws will be enforced. Some of these can use info I sent in this article to get up to speed against those who seek to get BDS mainstreamed. .

2. https://israelbehindthenews.com/poisoning-people-palestine-bds-raises-funding-olive-oil-fraud/15571/ This article shows Larudee was practicing olive oil fraud. Larudee  was “given a pass” by the State of California despite risks to the public. He continued with selling his olive oil as “pure extra virgin” until this article proved his activated again.

3. Anresco Laboratories is an FDA approved facility with qualifications that allow it to deny entry to products the FDA has set standards for. As part of these tests for Zataar, over 900 tests were done heavy metals and/or pesticides for chemicals that pose threats to the public. Copies of the Certificate of Analysis from Anresco for this report have shown. Anresco also maintains proof of chain of possession and photographs.

The above Heavy Metals are known to cause cancer and other sicknesses that can result in death or general sickness. As a foodstuff Zaatar is ingested directly to the human  system.

As  examples, other heavy metals were also found in unacceptable and dangerous quantities such as:

When large amounts of bifenthrin are ingested, it can cause sore throat, nausea, abdominal pain, and vomiting almost immediately. Bifenthrin is also classified as a possible human carcinogen by the U.S. Environmental Protection Agency.

Bifenthrin can be poisonous to humans. Since it is a pyrethroid compound, it has similar symptoms of poisoning with other pyrethroid compounds. These include irritation of the skin and eyes, irritability to sound or touch, abnormal facial sensation, sensation of prickling, tingling, or creeping on skin, numbness, headache, dizziness, nausea, vomiting, diarrhea, excessive salivation, and fatigue. In severe cases of bifenthrin poisoning, it may cause fluid in the lungs and muscle twitching. The body systems negatively affected by bifenthrin include the integumentary, ocular, respiratory, nervous, digestive, excretory, and muscular systems.

There were many others which can cause cancer, illness, vomiting, etc.such as

Tebuconazole has multiple health ill affects, can hurt children in the womb and has EPA says a potential carcinogen.

U.S. Customs labeling requirements require companies like Larudees provide labels which show food content and country of origin. The fist article, Poisoning People for Palestine showed Larudee’s Norcal ISM was violating these laws, but U.S. Customs declined to enforce the law declaring him not a big enough fish for their time. Larudee consequently because I reported him created a new bottle but with the same violations as before. Such items are supposed to be destroyed yet ICE gave Larudee no enforcement, choosing to look the other way.

Anresco also did analysis for a new report of Larudee’s Extra Virgin olive oil from Palestine which reveals he is still defrauding the public at to necessary grade for his olive oil to be extra virgin. He sells it as such from his website both retail and wholesale demanding $20 a bottle which is what the real stuff costs. Canaan Fair Trade was set up by Larudee’s acolytes to sell across the U.S. despite customs restrictions on olive oil and zaatar:

Larudee is reselling his Hurriyah brand oil and zaatar though third parties such as Etsy, Zibbet and Enchanted Elm online as well as to mom and pop restaurants. He  is also selling soap that contains the pesticides which have deleterious effects when it touched skin.