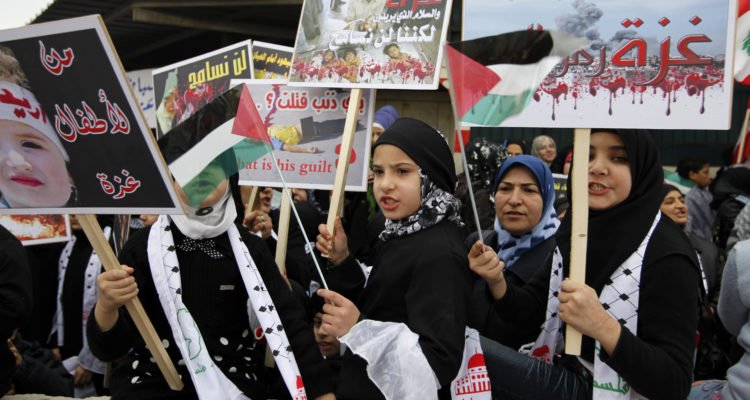 “If YouTube issued any warnings or notices, they did not come to the attention of CNEPR or Mr. Bedein.”

Talk about blaming the messenger.

YouTube shut down the channel of Israeli NGO Center for Near East Policy Research in mid-October for “repeated or severe violations of our Community Guidelines on Violence or Graphic content.”

David Bedein, the head of the center, provided World Israel News with the videos that he had posted to his YouTube channel. There was nothing graphic or gory about them. They document in measured tones the indoctrination of Palestinian children to violence under UNRWA auspices.

Bedein himself says in his role as a “social worker” that he indeed finds such indoctrination graphic, but it’s a stretch to imagine that the “60 Minutes”-style films exposing anti-Israel propaganda among Arab youth is what YouTube had in mind by its “Violence or Graphic Content” policy.

Turner send a letter to YouTube protesting its decision. The letter reads in part:

CNEPR had posted a series of videos demonstrating that schools and other activities of the United Nations Relief and Works Agency (UNRWA) have been promoting violence, antisemitism and extremism. UNRWA schools educate over 500,000 Palestinian schoolchildren. The effects of indoctrination at these schools are profoundly damaging to the students and to peace and stability in the Middle East.

For years, UNRWA and other UN bodies, states and NGOs have denied or ignored these problems. As a result they have continued, resulting in further violence, casualties and deterioration of the prospects for peace.

Turner also notes the lack of graphic or violent content within the videos, which was YouTube’s pretext for closing the channel.

CNEPR therefore sought to demonstrate the existence, nature and consequences of the indoctrination by including footage of it taking place at UNRWA schools and activities in their videos. But this was all done in context so as not to shock or disgust or encourage the commission of violent acts. On the contrary the aim was to stop the encouragement of violence. The videos complied with YouTube policies. [bold added]

Turner also notes that YouTube didn’t first send Bedein a warning, as required by its own policies. “If YouTube issued any warnings or notices, they did not come to the attention of CNEPR or Mr. Bedein,” Turner notes.

Bedein, whose organization has been working to expose UNRWA for some 30 years, said UNRWA was behind the cancellation of his YouTube channel.

The U.N. agency’s efforts to shut him down is an indirect compliment to Bedein and his organization’s effectiveness.

Bedein is undeterred. He tells WIN that his group just finished a week of filming in a UNRWA school in Bethlehem and will present its findings to the U.N. and U.S. Congress this week.

“It’s right near Kever Rachel [Rachel’s Tomb] and it’s powerful,” he said. “UNRWA isn’t only in Gaza. It’s in Bethlehem… you have a situation, 4,000 children who are 150 meters from the fence to Jerusalem being educated, indoctrinated to cross over that fence, break through that fence, and kill Jews in Jerusalem.”