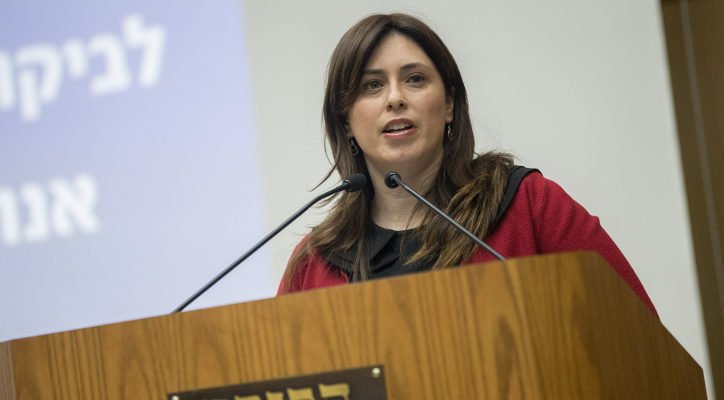 Israeli Deputy Foreign Minister Tzipi Hotovely criticized the British Board of Deputies on Friday for including support for a Palestinian state in the manifesto they would like politicians to commit to in order to gain Jewish support in the U.K. elections this week.

“There was no prior consultation regarding this document [by the Board] with the government of Israel’s Ministry of Foreign Affairs, nor with our ambassador, nor with any other political authority,” Hotovely told Israeli weekly Olam Katan, which picked up the story WIN broke on Monday.

Although emphasizing that Jewish Diaspora groups do not have to consult with the government before they speak, Hotovely did not mince words in criticizing the Board’s move.

“In every meeting between Jewish organizations around the world and politicians – the prime minister, foreign minister or myself – we emphasize that the idea of a Palestinian state is one that the State of Israel completely opposes.

“We have a rule regarding international election campaigns, and it that we do not take a stand on the domestic affairs of the Jewish community. But an organization that supports the establishment of a Palestinian state is clearly working against Israeli interests.

“It is important to say explicitly: A Palestinian state is a danger to the State of Israel,” Hotovely said. “Its establishment contradicts the official policy of the State of Israel in general and the Foreign ministry in particular. On the contrary, we are doing everything possible to advance the legal status of the settlements – the opposite of the idea of ​​dividing the land.”

In a statement, the Board of Deputies defended its Manifesto’s Fifth Commitment advocating that British politicians should promote the establishment of a Palestinian state.

A “thriving and secure Israel,” its spokesperson said, “will be achieved through the resolution of the conflict with the Palestinians. While we recognise that there are a diversity of views on the preferred outcome to the conflict, the two-state solution is still the preferred outcome of most U.K. Jews, most of the international community and, significantly, also most Israelis.”

In a poll conducted last month for Israeli Channel 12’s Meet the Press, however, a majority of citizens opposed the establishment of a Palestinian state, 48.7% v. 43.8%. The other 7.4 percent said they didn’t know.

A Haaretz poll in March also found that 42 percent of respondents support at least some form of annexation of Judea and Samaria, while only 34 percent said that the preferred solution to the Israeli-Palestinian conflict is two states.